Plus, takeaways from Ad Age’s Women to Watch event, and a food brand made from a microbe
READ THIS NEXT
Publicis Groupe’s ‘solid’ growth and ‘cautious’ outlook, plus the Coinbase IPO’s big winners: Thursday Wake-Up Call 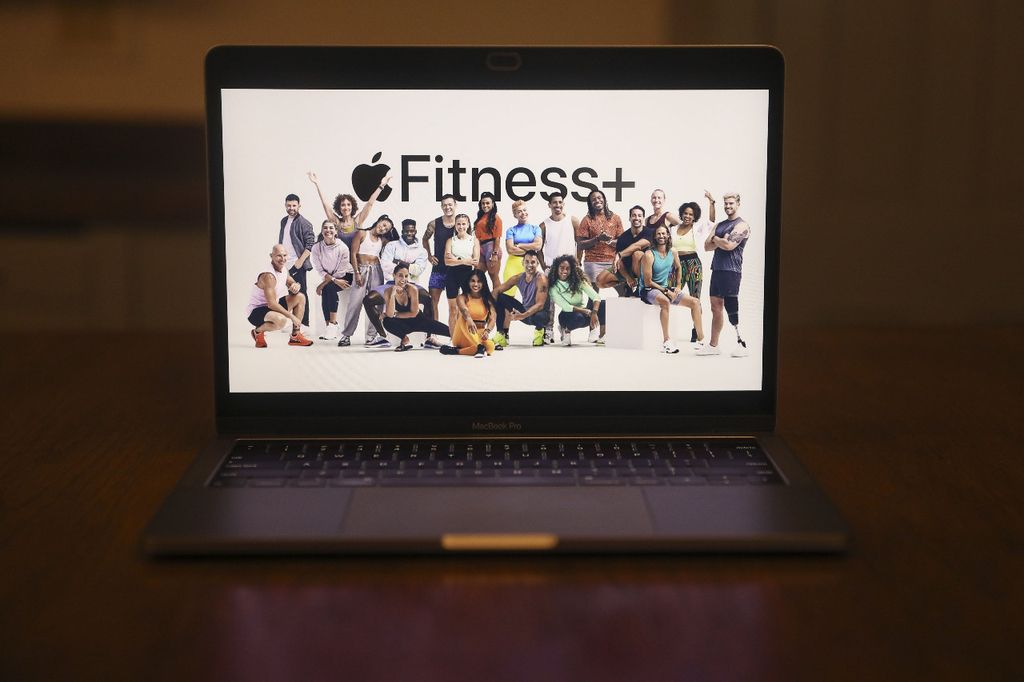 Bad news for the “Peloton wife”—she might now have to start over with an Apple regime. Apple yesterday revealed it’s moving into the fitness market to take on the likes of Peloton and Nike+ as part of its new subscription package, Apple One.

As Ad Age’s Garett Sloane reports, the package bundles TV, music, news, games, cloud and new fitness service Fitness+, which incorporates video workouts with health tracking on devices, for $29.95. The launch puts Apple in direct competition with companies like Peloton for home-workout enthusiasts. Peloton shares crashed on the announcement, falling 4.5 percent in premarket trading yesterday, but recovered during the day.

The fitness announcement came at Apple’s latest virtual launch, where it also unveiled its lineup of new watches and iPads, including a less-expensive Apple Watch SE model that costs $279. It also debuted a humorous new Apple Watch ad, narrated by Helena Bonham-Carter, whose voiceover keeps being interrupted by Apple Watch users telling her the futuristic technology she’s describing already exists.

Kim Kardashian West famously “broke” the internet, but could she break Facebook? The celebrity is suspending her social media activity on Instagram for 24 hours today as part of the “Stop Hate for Profit” boycott that’s dogged the social network all summer.

Other celebrities, including Mark Ruffalo, Katy Perry and Jennifer Lawrence, also signed on to the Instagram freeze, but Kardashian, who has 188 million followers on Instagram, was arguably the biggest catch for Stop Hate for Profit, which put a call out on Monday for people to freeze activity today, Wednesday.

Ad Age’s Garett Sloane writes that while Kardashian’s stance was praised by her fans, it also raised eyebrows, with some commenters “noting that her husband Kanye West was playing a provocative role in American democracy.” Others saw it as a publicity stunt, coming hot on the heels of the cancelation of “Keeping Up With the Kardashians” after 20 seasons.

Meanwhile, there’s potentially more bad news for Facebook: The Wall Street Journal reports that The Federal Trade Commission is gearing up to file its antitrust lawsuit against the network, possibly by the end of the year.

Female industry leaders came together yesterday at Ad Age’s Women to Watch virtual event, taking a closer look at what has changed for women in marketing and how individuals can better advocate for women, especially those of color, to fill leadership roles.

For those who missed it, Ad Age's Ilyse Liffreing has rounded up 5 key takeaways from the event. Highlights included this year’s recipient of the Vanguard Award, Carol H. Williams—the first-ever African-American female to be named a VP and creative director at Leo Burnett—speaking about the importance of risk taking. Ann Mukherjee, chairman and CEO of Pernod Ricard North America, movingly underlined the need to be “kind to yourself” and be clear with employers in her keynote speech. Meanwhile Kat Gordon, founder of the 3% Movement, highlighted the need to ensure that women, as the dominant purchasers, get better representation in ads, including the voiceover.

Watch out for the next big food trend: it might be dinners made from microbes. Nature’s Fynd, a new food brand made from a microbe found in Yellowstone National Park, is hitting the market soon and has the potential to shake up the traditional meat and dairy industries with minimal impact on the environment.

Ad Age’s Jessica Wohl writes that it has lured “major investors and interest from former executives at big food companies known for prioritizing advertising,” including Tony Vernon, the former Kraft Foods Group CEO, who invested his own funds in the company; Generation Investment Management, whose chairman is Al Gore; and Breakthrough Energy Ventures, whose funders include Jeff Bezos, Michael Bloomberg, Richard Branson and Bill Gates. Meanwhile, the brand is is already starting to market itself: as “a food company for optimists.”

Super easy choice: PepsiCo’s Gatorade is hitting back at rival Bodyarmor with a new campaign for its Bolt24 line extension, writes Ad Age’s E.J. Schultz. It calls Bolt24 the “super easy choice” while stating that the drink contains 30 percent less sugar than Bodyarmor.

Fine display: NBCUniversal’s Peacock has signed up more than 15 million users, the company revealed at its investor conference yesterday, increasing total subscribers by 50 percent since the end of July.

Creativity of the Day: Actor Paul Rudd tries to talk like a millennial in a campaign from New York Governor Andrew Cuomo’s office encouraging mask wearing among young people. Take a look here.