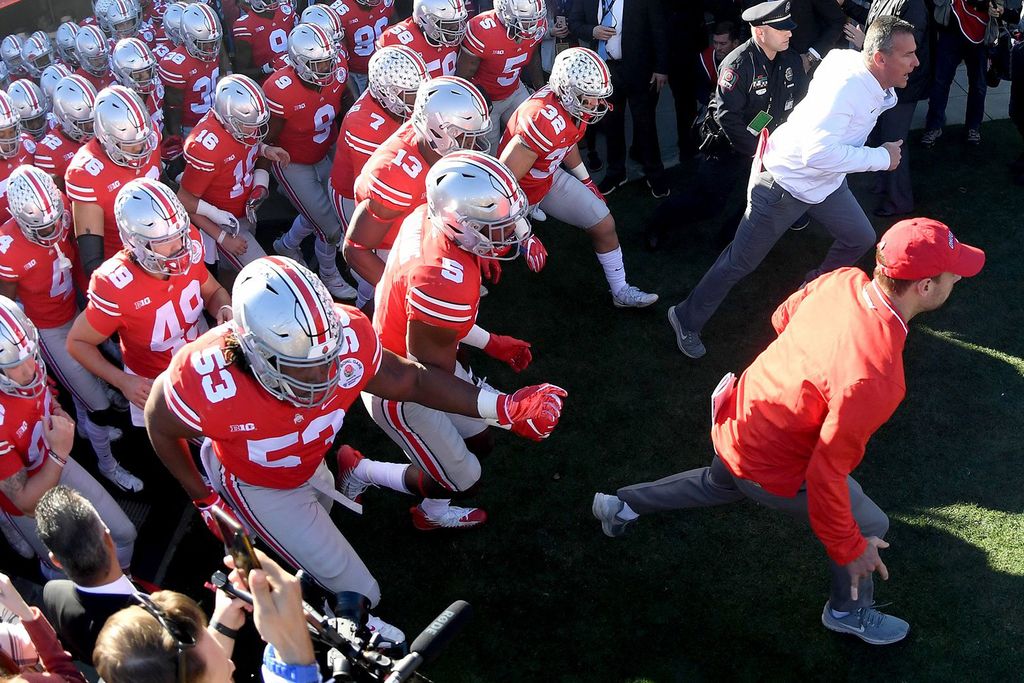 The Ohio State Buckeyes run on to the field during the Rose Bowl Game in 2019.

The Big Ten’s football season is back on.

After postponing the season in August because of safety concerns stemming from the COVID-19 pandemic, the league said Wednesday it plans to start games the weekend of Oct. 23-24.

The Big Ten joins the Atlantic Coast Conference, Big 12 and Southeastern Conference in playing football during the fall term, leaving the Pac-12 as the only Power Five league sitting out.

The about-face comes after coaches, politicians, players and parents lobbied conference officials to reconsider, saying safety measures could be taken to combat the spread of the coronavirus. While that pressure may have helped, the improvement in testing capabilities ultimately swayed leadership.

Quidel Corp. said last week that it had created an antigen test that could produce results in 15 minutes and had already paired up with schools in the Big 12 and Pac-12. The University of Nebraska recently acquired 1,200 Quidel test kits.

Several Big Ten schools were poised to lose about $100 million each this year if the season wasn’t played.

The conference is the highest-earning in the country, with fiscal 2019 revenue of $781.5 million, according to an analysis by USA Today. Most of that money is generated by football and men’s basketball, which typically subsidize the rest of the athletic departments’ budgets.