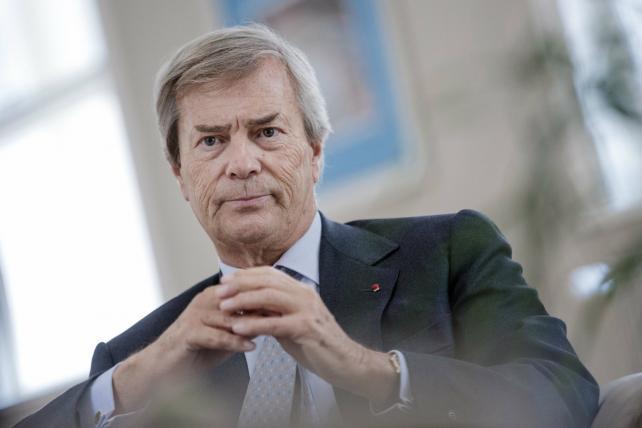 Billionaire Vincent Bollore was charged by French investigators as part of a probe into the possible use of bribes in two African countries to obtain port contracts from public officials, according to a statement from his company.

The charges stem from a case focusing on suspicions of foul play when Bollore SA was awarded contracts to operate container terminals in Lome, Togo, and Conakry, Guinea. The case has a link to ad group Havas as well. Bollore has wide-ranging business interests, and at the time of the alleged events in 2010, he was Havas' chairman, and his namesake company was Havas' controlling shareholder.

Bollore "remains presumed innocent" as the investigation continues, according to the statement. In France, charges are announced prior to any decision on whether to refer the case to trial and can be dropped later. The move allows his defense team to have access to the case files underpinning the allegations, which they haven't seen so far, and "have the opportunity to answer these unfounded accusations," according to the statement.

Investigating judges suspect that managers of Bollore SA used Havas -- previously known as Euro RSCG -- to facilitate the elections of presidents Alpha Conde in Guinea and Faure Gnassingbe in Togo nearly a decade ago by providing communications advice at a discount price, according to a person with knowledge of the case.

The case against Bollore, one of France's richest men with a net worth of $6.6 billion, began following the complaint of a former business partner, the company said in a Tuesday statement.

While other managers were also held for questioning Tuesday alongside the billionaire, the latest company statement doesn't mention the outcome of their meetings. They too were charged in the case, according to a person with knowledge of the matter. Spokesmen for them weren't immediately available for comment outside regular business hours.

Bollore voluntarily went to police on Tuesday morning and was held for questioning until Wednesday afternoon, when he was brought before the judges leading the investigation.

In France, investigative judges can decide to charge companies or individuals in a procedure known as "mise en examen" when there is "serious and consistent" evidence showing likely involvement in the matter under investigation. They can then decide whether to refer a case to trial, but aren't involved after that stage.

The 66-year-old leads a company with a market value of $14.7 billion that has a near-monopoly on ports in West and Central Africa, holding concessions to operate container terminals in 15 nations. The company also runs 25 dry ports including in landlocked nations such as Burkina Faso and Chad. The group's market share in Africa is about 13 percent, according to the company's website. Bollore is also the biggest shareholder in Vivendi SA, though last week he handed over the reins as chairman -- a post he's held since 2014 -- to his son, Yannick Bollore. Yanick Bollore is also chairman and CEO of Havas.