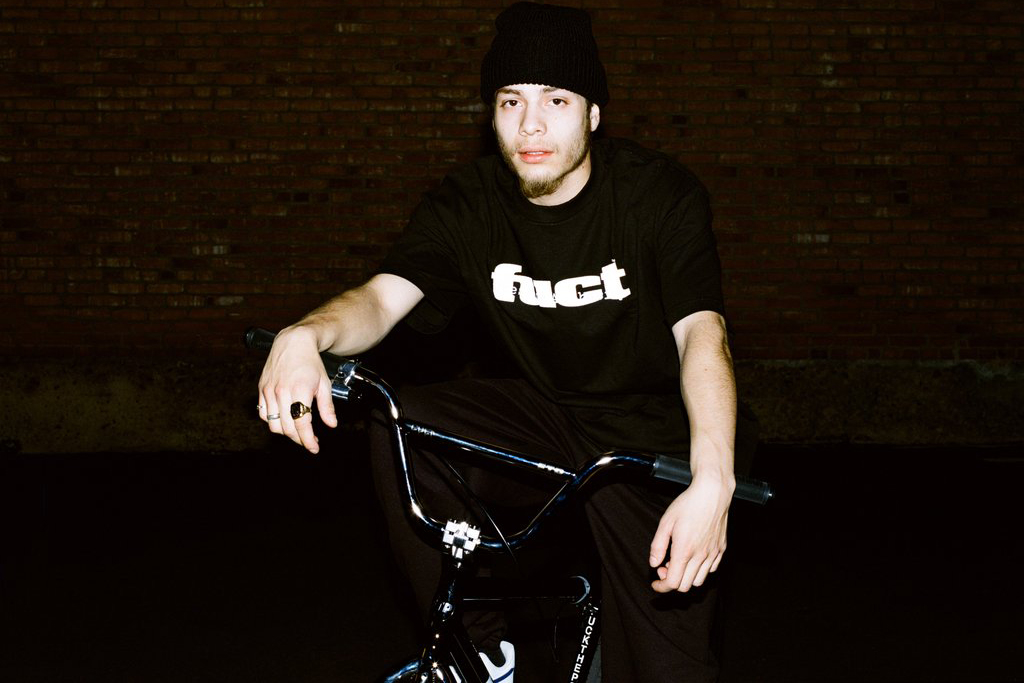 What people are talking about today
A small streetwear brand with an eyebrow-raising name—FUCT—just scored a win for free expression at the U.S. Supreme Court. As CBS News reports, the court says Los Angeles-based FUCT should be allowed to register a federal trademark, and it ruled that an existing “federal ban on the registration of ‘immoral’ or ‘scandalous’ trademarks violates the First Amendment.” The American Civil Liberties Union tweeted its approval.

Also, in case you’re wondering how exactly the brand name is pronounced, Justice Elena Kagan has the answer. It’s “four letters, one after the other: F-U-C-T,” Kagan wrote in the opinion. “But you might read it differently and, if so, you would hardly be alone.”

FANG power
The FANG companies—Facebook, Amazon, Netflix and Google parent Alphabet—are boosting their spending on advertising, sometimes dramatically. And for the first time, the four companies all rank among the top 100 spenders on the Ad Age Leading National Advertisers 2019. As Bradley Johnson of Ad Age Datacenter writes, “When it comes to ad spending, the FANG gang has developed some serious teeth.”

One remarkable data point is about Facebook; its 2018 estimated U.S. ad spending leaped 236 percent to $475 million. As Johnson writes, it was the highest growth rate among the top 100 advertisers.

Get more insights: You can download a 36-page Fact Pack with more data and insights from this year's Leading National Advertisers report. And here’s where you can subscribe to Ad Age Datacenter to get exclusive reports and rankings on agencies and marketers.

“Nick Law, named chief creative officer of Publicis Groupe and president of Publicis Communications less than 18 months ago, is leaving the holding company, according to people familiar with the matter. He is reportedly leaving the French network for an as-yet undefined role at Apple, these sources say.”

Apple didn’t respond to requests for comment, and Publicis Groupe—owner of agencies Leo Burnett, Saatchi & Saatchi and BBH—declined to comment on what it called “rumors.” Law joined Publicis after working for 17 years for R/GA. Just last week, Law was at the Cannes Lions International Festival of Creativity on the French Riviera, representing Publicis.

Just briefly:
In memoriam: Philip H. Geier, Jr., an adman and philanthropist who served as chairman and CEO of Interpublic Group of Companies for two decades and expanded it dramatically through acquisitions, has died at age 84. Geier’s “knowledge was immense, but equally important was his joy,” says Harris Diamond, the chairman and CEO of McCann Worldgroup. Read more about Geier's legacy from Ad Age's Ethan Jakob Craft.

In and out: Indie agency Gut is hiring former David Miami exec Paulo Fogaca as global chief operating officer and partner, Ad Age's Ann-Christine Diaz reports. And David Cohen, the North America president of IPG Mediabrands' intelligence and forecasting unit Magna, is set to depart next week, Ad Age’s Lindsay Rittenhouse writes. It’s not clear yet what his next move is.

DASHBOARD: Senators Mark Warner and Josh Hawley introduced a bill proposing that Facebook, Google, Amazon and others disclose the value of their users’ data, Axios reports. It's called the Designing Accounting Safeguards to Help Broaden Oversight and Regulations on Data Act. Thankfully, it's got a shorter acronym: DASHBOARD.

Testing: Google is testing a carousel format for text-based mobile search ads, which “would allow Google to present many more ads that would appear in a left-to-right scrollable fashion,” Ad Age’s George P. Slefo writes.

And finally, some good news for coffee marketers (and coffee aficionados): “Coffee could help you burn fat,” USA Today reports, based on a study from researchers at the University of Nottingham. Cheers.