How Little Brands Land Big Bang for Their Buck

Method, Terracycle, Others Get Outsize Returns, but the Model Won't Work for Most Giant Marketers -- Here's Why
READ THIS NEXT
Dodge pays homage to history with EV logo

Brands built with little or no media support were once relatively rare, but they've begun to proliferate in recent years. From Ben & Jerry 's and Starbucks in their early days to Zappos, Terracycle, Orabrush, Method, Honest Tea and Lululemon more recently, they fascinate the many marketers who must shell out millions to get noticed.

Speakers representing such brands are staples at marketing conferences. Yet their messages might best be served with a boilerplate warning for big, traditional players: "Don't try this at home." Because as easy as it sounds from the dais, it's still far easier said than done.

One reason is that these success stories are often built on factors that don't usually fit with big, established brands. For example, some are built on substantial investments in branded retail stores and the store experience, rather than media. Others are built on the brand's affinity with political and social movements that can be tough for big brands to embrace. And some have been based on big investments in wages, benefits and fun cultures that keep employees happy—not the usual storyline for huge corporations.

The common thread through all these no-cost, low-cost marketing success stories is a good story, one that bears repeating and fares well both in social and PR-fueled traditional media. Almost by definition, such stories are easier for bootstrap entrepreneurs to come by than, say, 65-year-old detergent brands.

Many of the brands, from Terracycle to Method, Seventh Generation, Honest Tea and Stonyfield Farms, all have taken on the air of social movement.

Method -- whose media budget was smaller than the toilet-paper outlays of its big rivals, co-founder Eric Ryan told the Association of National Advertisers conference in 2010 -- has linked its brand proposition to superior design, an early alignment with the similarly design-minded retailer Target , using pop-up stores to help it grow, and using an anti-chemical green movement appeal buttressed by a "People Against Dirty" tagline. Operating on its "Keep Method Weird" platform, the company once rejected an entire round of CEO candidates in the late stages when none could satisfactorily explain how they would do so. 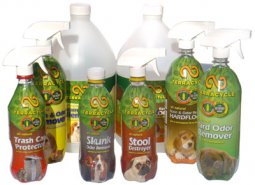 Orabrush's story was how its tongue cleaners made their way onto Walmart shelves nationally via quirky unpaid YouTube videos and a smattering of Facebook ads aimed at Walmart buyers.

Terracycle has both a great story and a social movement at its core, founded as it was by a Princeton University dropout who launched a business selling worm-poop compost in refurbished Coke bottles. It has built an eight-figure brand largely by leveraging the marketing power of far bigger brands, either through a bit of PR jujitsu or marketing partnerships with such big marketers as Coca-Cola, Kraft Foods, Walmart and Target , VP Global Media Albe Zakes told the ANA in October.

The jujitsu part came when Terracycle used a trademark-infringement suit by Scotts Miracle-Gro to unleash a wave of publicity. The partnership element involved enlisting major brands in its school-based recycle and reuse programs where the brand turns such things as old CapriSun pouches into new products. Terracycle also has gotten top retailers such as Walmart and Target involved in merchandising and advertising events around its compost products in recycled containers around Earth Month in April.

For brands ranging from Starbucks in its early days to Lululemon more recently, investment in a strong retail presence is key. The expense may not show up on the advertising line, but the stores cost plenty.

Hence, when former Procter & Gamble Co. Chairman-CEO Durk Jager in 1999 mused publicly about how he admired the Starbucks model of building a brand without big media outlays, Scott Bedbury, a former Starbucks marketer turned consultant, responded that P&G would be advised to open a couple thousand really nice retail outlets before turning off the gross rating points.

His retort turned prophetic in a way. When P&G in 2008 launched a new-age version of Tide called Swash, aimed at millennials and based on the concept of freshening clothes between uses rather than washing them, it backed the launch not so much with ads but with a store near the Ohio State University in Columbus. There it had lounges where students could watch DVDs, play video games and hopefully buy Swash fabric refreshers or lint rollers on the way out.

Ultimately, after trying to sell Swash in conventional retailers and online, P&G pulled the plug on the brand earlier this year. That points to another reason why it's hard for big players to borrow the scrappy strategies of small ones: They generally have shorter time frames and higher hurdle rates for success than startups.

But of all the factors that let some marketers build brands without big media spending, the most important ingredient may be treating and compensating employees well, said Mr. Bedbury. He made the journey himself in 1995 from global advertising director at Nike , where he had a $150 million media budget and another $600 million-plus in global sponsorship spending to become CMO of Starbucks, then with only 350 stores.

At the time, founder Howard Schultz promised him a "fairly substantial" media budget, Mr. Bedbury said. But a frost in Brazil that sent coffee prices soaring quickly reduced it to $2.5 million, half of which went to salaries.

One lesson Mr. Bedbury learned quickly from having almost no media budget was the value of the store experience in building the brand. But one real key behind the experience, he said, was Mr. Schultz's determination to add dignity to minimum-wage jobs at Starbucks.

"By providing health-care benefits to halftime employees to even paying out bonuses in Starbucks stock to all employees, no matter how many hours they worked, was nothing short of revolutionary," Mr. Bedbury said. "By treating the employees better, they in turn treated the customers better."

At the time, he said, McDonald's had about 220% annual turnover, Burger King 300% and Starbucks only 55%, with store-manager turnover a mere 12%. "We created the familiar stranger dynamic," he said, where people were familiar with the faces of their baristas at least, if not necessarily the names.

Though the temptation to take advantage of employees trapped by a bad economy is great today, Mr. Bedbury said keeping them happy is even more important in the age of social media. Not only can employees or ex-employees spread negative buzz fast, but satisfied employees can be a brand's strongest defenders and advocates.

Mr. Bedbury sees a similar tack in a far different business -- Costco. The $87 billion club-store giant compensates its workers far better than such rivals as Walmart and Target and has less turnover and far better top-line results than either through the recession. And Costco, like some of the small-fry marketing success stories, spends almost nothing on paid media other than its direct-mail magazine and coupons. Given overlapping board membership among Seattle-area-based Costco and Starbucks, it's an approach Mr. Bedbury dubs "the Cascadian way."

All things considered, though, Mr. Bedbury has discovered one secret: It's still nice to have money. "If we'd had more money to spend on communications at Starbucks," he said, "I think we could have grown even faster."