DETROIT (AdAge.com) -- The rap on General Motors Corp. is that the same people have been in control for too long -- but now that's changing, quite radically. 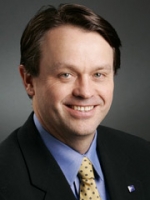 Brent Dewar
Brent Dewar, VP-general manager and global coordinator of Chevrolet, is retiring April 1 after 31 years at the automaker to "dedicate more time to his family and to pursue personal interests," said Susan Docherty, VP-North American sales, service and marketing. From now until spring, the Vancouver native will help his successor, Jim Campbell, 45, transition into the position.

Mr. Campbell has been head of fleet and commercial operations for the past year. He joined GM in 1998 as a district manager of the Pontiac Division, but his experience includes director-retail incentives; marketing director of Chevrolet cars; brand manager for Chevrolet's Corvette and Camaro; and assistant brand manager for Pontiac's Grand Am. The University of Michigan graduate, who has his master's degree from Notre Dame, was also marketing director for Chevrolet's Impala, Monte Carlo and the brand's motor sports.

Ms. Docherty also said Michael Richards, who joined the automaker Dec. 1 as general manager of Buick GMC, "has elected to leave General Motors to pursue other career opportunities." A replacement for the former Ford Motor Co. official will be announced in the near future.

Mr. Dewar, who is in his early 50s and held the top North American VP-advertising and marketing job for a period starting in 2001, was aligned with Fritz Henderson, GM's CEO, who was forced to resign by the board last week after just six months in the post. The two men worked together for GM in Brazil. Under his first term as general manager of Chevrolet earlier this decade, Mr. Dewar launched the "American Revolution" campaign from Campbell-Ewald, Warren, Mich.

Ed Whitacre, the automaker's chairman, is the interim CEO.

Other high-profile GM'ers who have left include Jill Lajdziak, 52, the general manager of GM's Saturn brand, who has been on vacation since the deal to sell the brand to Penske Automotive Group fell apart at the eleventh hour in the fall, and was due to retire from GM at the end of the year. She will join Smart USA as VP-sales and marketing Jan. 1, the brand's U.S. distributor, Penske, said Dec. 8.

The shakeup at Chevrolet comes amid reviews for several branding projects, including the launch of the new Cruze small car early next year. Along with Mr. Dewar, another of the top-decision makers in that pitch was Bob Lutz, GM's ad czar since July who was bumped last week from that post to an adviser to the CEO on global product development while remaining vice chairman.

Contenders for Cruze include Chevrolet's longtime creative agency, Interpublic Group of Cos.' Campbell-Ewald, along with siblings McCann Erickson, Birmingham, Mich., and DraftFCB, Chicago; an undisclosed Publicis Groupe agency, and other shops, according to executives close to the matter. The marketer has continually declined to identify participants or to discuss the status of the situation.