Plus, Snapchat signs up Arnold Schwarzenegger and Serena Williams to make content for the platform
READ THIS NEXT
Ad Age President and Publisher Josh Golden is leaving the publication 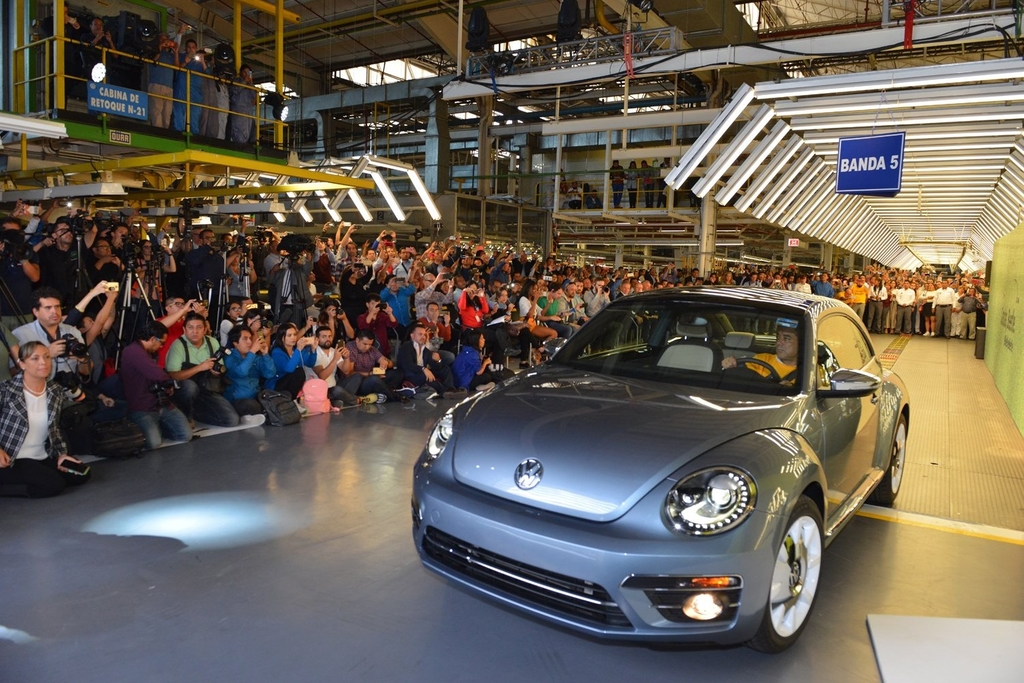 Saying bye to the Beetle

What people are talking about today
The Volkswagen Beetle is being retired, and the carmaker’s plant in Puebla, Mexico just produced the very last one. After the car rolled off the assembly line, it was celebrated by a mariachi band, confetti and signs reading, “Gracias, Beetle.” In the SUV age, the little Beetle is no longer so appealing to consumers, though it “remains a landmark in design, as recognizable as the Coca-Cola bottle,” The Associated Press writes.

The Beetle’s advertising was pioneering too, with eye-catching '60s ads from Doyle Dane Bernbach urging people to “Think Small” and buy a little car. The company is still taking inspiration from those vintage ads. Recent ads from agency Johannes Leonardo use similar taglines and layouts, though they show an upcoming Volkswagen electric minivan. Not a Beetle.

Another goodbye
Donna Speciale is out as WarnerMedia ad sales chief, and longtime sales vets Dan Riess and Frank Sgrizzi are leaving too. As Ad Age’s Anthony Crupi writes, this is fallout from AT&T’s acquisition of Time Warner. WarnerMedia Chief Revenue Officer Gerhard Zeiler said in a memo that he will temporarily oversee ad sales. But, as Crupi writes:

“Showing Speciale to the door isn’t going to make anyone in the advertising community terribly happy with Zeiler; not only is she one of the industry’s most well-liked power players, but she long has been regarded as one of its most innovative thinkers.”

And, as Crupi points out, Speciale booked $1.3 billion in ad-sales revenue during the year’s first quarter.

Schwarzenegger on Snapchat
Snapchat is rolling out a slate of shows starring famous people, including Serena Williams, Arnold Schwarzenegger and Kevin Hart. The episodes are super-short, with each just 3-5 minutes long, according to Variety—so though Snapchat calls these "Creator Shows," maybe the word "shows" overstates what these are. Anyway, Snapchat has tapped traditional stars like Williams, Schwarzenegger and Hart to appear in content on the platform, along with internet stars like Baby Ariel, Emma Chamberlain and Rickey Thompson. Schwarzenegger's show is called “Rules of Success with Arnold Schwarzenegger." And isn’t it fascinating that Schwarzenegger, the bodybuilder-turned-actor-turned-California-governor, has reinvented himself yet again as a motivational speaker for the Snapchat generation?

Just briefly:
Annoyed: Spotify annoyed some musicians with an ad for its free, 30-day Spotify Premium trial, with the tagline, “Dance like nobody's paying,” Billboard reports. “Keep in mind that it takes 380,000 streams a month on @Spotify for an artist to earn minimum wage,” musician Blake Morgan tweeted. “Nobody’s paying? We musicians are, with our lives.”

For sale: Univision is exploring a sale. Who could buy the Spanish-language media company? “Right now the shortlist is … really short,” Anthony Crupi writes in Ad Age, suggesting that Univision backer Haim Saban might speak to execs including Shari Redstone, vice chair of CBS Corp. and Viacom, as well as Discovery President and CEO David Zaslav.

Podcast of the day: Rob Reilly, global creative chairman for McCann Worldgroup, opens up about some past struggles in the latest episode of the “Ad Lib” podcast. Like the time his former CEO made him take classes to learn how to be more respectful of others. ("When you're an asshole you don't even know you're an asshole," Reilly says.) Listen to his conversation with Ad Age Editor Brian Braiker here.

Ad of the day: In Russia, KFC and Wieden & Kennedy Amsterdam made a hat that looks like an upside-down bucket of chicken. It’s actually kind of stylish: It was designed by St. Petersburg-based streetwear brand Mam Cupy, and it’s in a music video too. Read more by Ad Age’s Alexandra Jardine, and check it out it here.