Plus, AdColor Everywhere is under way
READ THIS NEXT
Google to block political ads after election polls close 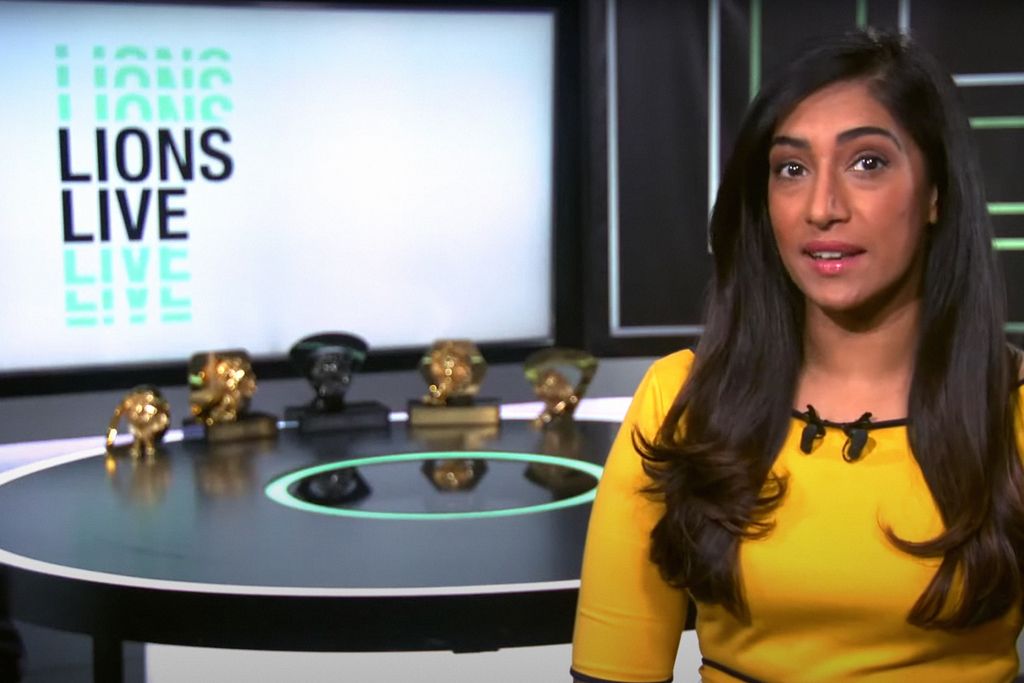 Cannes you dig it?

Haven’t gotten your fill of Cannes Lions? Well, there’s more coming in October. “According to a pitch deck obtained by Ad Age, The Cannes Lions International Festival of Creativity plans to host yet another week-long virtual event Oct. 19 - 23, called Lions Live: The Second Edition,” writes Ad Age’s Lindsay Rittenhouse. “This event, per the deck, will be focused on the ‘how to's of the current situation.’”

That is, how to take the learnings from Cannes’ virtual event in June and apply them to working in the middle of an ongoing pandemic with no end in sight. According to the deck, 700,000 tuned in for the summer video series. Lions-owner Ascential is hoping for a repeat, especially since live events seem like a distant memory—and an impossible dream, at least in the near future.

Expect to see films on creative culture, interviews with CMOs, thought leadership and many, many case studies.

Movie theaters are beginning to reopen in most parts of the country, and along with blockbuster films, cinema spots are hitting the silver screen, too. Christopher Nolan’s “Tenet” opened over Labor Day weekend and pulled in $20 million, which is low for a Nolan flick.

“But NCM and Screenvision, which sell ad inventory on movie theater screens, say the Labor Day box office shows moviegoers are excited to get back to theaters—but audiences will still take time to rebuild,” writes Ad Age’s Jeanine Poggi. “Still, ‘Tenet’ is the third-highest Labor Day opening of all time, with reports of some moviegoers even flying to states where theaters are open to see it.”

Yes, you read that right.

Brands like Mars, Dove, Progressive, Ford, AT&T and Heineken and returned to theaters, which can look like a good opportunity to reach audiences right now, since most TV networks haven’t started the fall season yet. Meanwhile, big budget films are finally tiptoeing out from behind months-long delays, with much-anticipated films like “Wonder Woman 1984” and “Black Widow” ready to drop before the end of the year—barring an autumn spike in coronavirus cases across the country.

The second day of AdColor Everywhere, the virtual iteration of the DE&I conference’s 14th annual event, closed with a performance by Wyclef Jean at the Apollo Theater—livestreamed to attendees watching from the safe distance of their living rooms. (Remember when Howard Dean said “Jaspora” was his favorite song? Same.)

The day featured panels with Wieden+Kennedy New York Managing Director Neal Arthur, who spoke with Courageous Conversation Founder Glenn Singleton about how some advertisers are addressing this moment in time and the anti-racism movement. Gabrielle Union spoke about how her production company I’ll Have More is employing underrepresented talent.

And Color of Change President Rashad Robinson warned audiences not to mistake "presence" for "power." There can be a tendency to think that a country that had a Black president might be post-racial, he said. “We think America loves Black people as much as it loves Black culture. It can hate Black people and celebrate Black culture at the same time.”

Today is the final day of the conference, which focuses on the AdColor awards nominees.

Walmart’s biggest campaign of the year lands tonight during “Thursday Night Football.” It’s a docu-style series of ads that showcase real families who were given early access to the chain’s Walmart+ service, a competitor to Amazon Prime’s same-day delivery (and not Disney+ as the name might suggest).

White, who previously worked at Target, came on board in April, well into the pandemic. The campaign is out of Deutsch LA, which won the pitch on the strength of this idea.

Mochi ice cream is a delightful combination of chewy and creamy, dry and wet, sweet and…er, sweet. But those self-serve mochi bars that popped up in grocery store freezer sections quickly became a liability in the age of COVID-19. Fortunately for My/Mo Mochi Ice Cream, they were already planning to go individually-wrapped.

“Even before the pandemic, the brand was thinking about ways to wrap the product, which it makes in Los Angeles, for sanitary reasons and to provide information such as nutrition and allergy details,” writes Ad Age’s Jessica Wohl, who spoke with Managing Director and CMO Russell Barnett on the latest episode of the “Marketer’s Brief” podcast. “Last year we knew that the Mochi Bar as a concept, which was loose balls sort of stacked up, was really not something sustainable,” he says.

Sales are up 80 percent, but the company has a long way to go to catch up with more established competitors. Klondike bars sold $356 million worth of crunchy vanilla in the last year.

Headliner news: CNN host Van Jones will be the keynote speaker at this year’s Where Are All the Black People. The One Club’s diversity conference and career fair rebranded back to its original name in a nod to the lack of progress on racial justice and diversity. Jones will kick off the free virtual event that begins Tuesday, Sept. 22.

Game on: Streaming platforms like Twitch and YouTube are fighting over popular gamers, trying to secure exclusive rights to broadcast their shows to the world. Now Facebook Gaming has landed a deal with seven-time Apex Legends tournament winner KingRichard, a.k.a. Richard Nelson, who will have access to FB Gaming as well as Instagram Live. He’s also a prominent Black streamer in a field that lacks diversity, or even conversations about the topic. More than 70 percent of Twitch streamers and viewers are white.