It's almost 'la fin' of the festival
READ THIS NEXT
Facebook considers banning political ads in the lead-up to the U.S. election 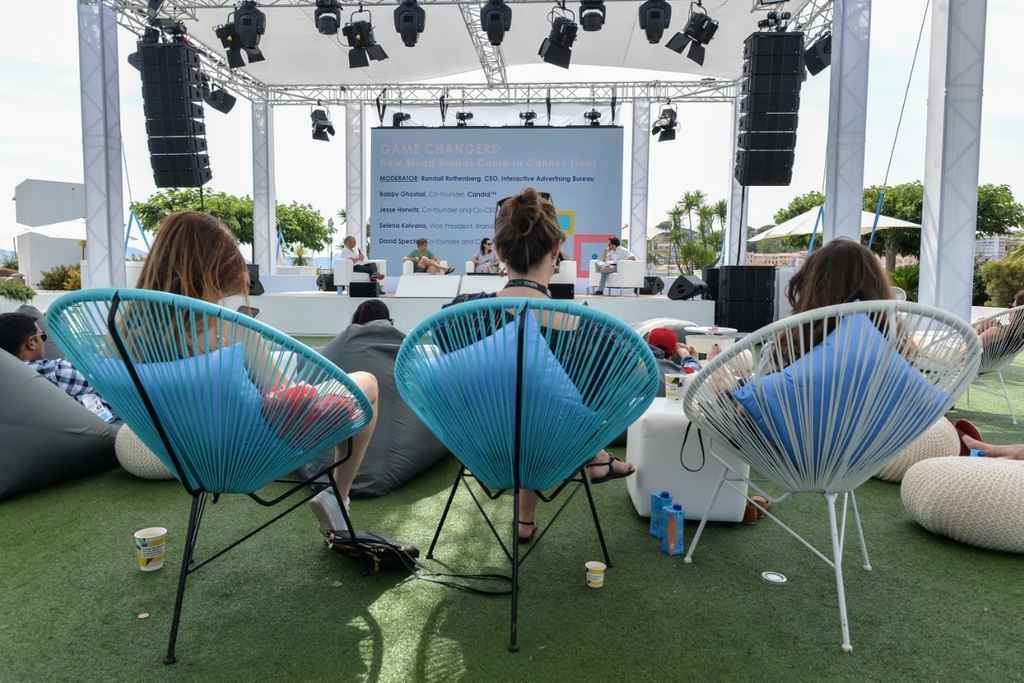 What people are talking about today
Good news for those of us not on the French Riviera this week: The Cannes Lions festival ends tomorrow. Which means you only have to suffer through one more day of social media photos posted by friends and colleagues lounging by the Mediterranean. Or drinking rosé. Or lounging by the Mediterranean with rosé while talking to John Legend.

Wins: As expected, Nike is winning—a lot—at the Cannes Lions International Festival of Creativity. So far the brand snagged Grand Prix awards in four out of 14 categories. You can keep tabs on all the Cannes Grand Prix winners here.

What else is happening at Cannes: Havas says it bought a majority stake in L.A. creative shop Battery, which specializes in gaming and streaming entertainment, Ad Age’s Lindsay Rittenhouse reports.

What’s not happening at Cannes: Alexander Nix, founder and CEO of the now-defunct data firm Cambridge Analytica, backed out of a panel amid criticism about his appearance. Read more by Ad Age’s George Slefo; and also, as Ad Age’s Cannes Nightcap newsletter notes, “the disgraced Nix was an odd ‘get’ for the festival to begin with."

Thirst
Coca-Cola Co.’s Sprite soda is changing its 25-year-old “Obey Your Thirst” tagline. The new one is “Thirst for Yours.” Which is … um ... not so different from the old one. But as Ad Age’s E.J. Schultz writes, there’s something bigger accompanying this, with Sprite “making the most significant change to its hip-hop marketing strategy in 25 years" to emphasize “hip-hop’s growing role in a culture that extends way beyond music to include fashion, design and more.” To get a sense of where Sprite is going with this, watch its new TV ad from Wieden & Kennedy New York.

Mirror mirror: In other news about Google’s YouTube, it's got a new augmented reality offer that may be of interest to makeup brands. Ad Age’s Garett Sloane writes: “Viewers turn a phone’s camera onto themselves, like looking in the mirror, to digitally sample a shade of lipstick or other makeup product—and there is a buy button.”

Help: Papa John’s International, which has struggled with falling sales, “is putting an additional $80 million into marketing and increased financial support for U.S. franchisees, citing a need for investment in the brand,” Ad Age’s Jessica Wohl writes.

A bet: The NBA “hopes fans will bet real money on fake games,” Ad Age’s Anthony Crupi writes. NBA Last 90 will piece together official highlights and footage to create simulated fourth-quarter basketball battles that people will be able to bet on.

Weird brand fact of the day: Ed Sheeran, a Heinz superfan with a Heinz tattoo, conceived the plot of a new commercial for the ketchup brand. And here’s a weird fact: Sheeran is such a well-known ketchup devotee that “Heinz says one-third of @HEINZ Instagram posts going back to 2014 include people mentioning or tagging Sheeran.” Huh. Read more in the Ad Age Marketer’s Brief.

Weird headline of the day: “Burger King’s Instagram is full of giant penis drawings,” Vice reports. The first phallus sketch tagged to BK was an artist’s revenge after he says Burger King Switzerland ripped off his work. Other people joined in. The artist, Pablo Rochat, tells Vice: "The most important takeaway that I want people to get from this is that the best revenge is creative.”