Cans Make a Comeback For Beer Marketers Large And Small

Sam Adams Will Soon Introduce Its $1M Sam can.
READ THIS NEXT
Tesla is Interbrand’s fastest-growing brand of 2021

Beer cans, long seen as the ugly stepchild of bottles, are making a comeback, thanks to technology that supporters say improves taste, smell and drinkability compared with old-school cans. The manufacturing advancements -- which include "vented" cans and "extended lips" -- are allowing cans to finally shed their reputation for tasting like aluminum.

Sam Adams plans to introduce its "Sam can" with an extended lip and hourglass ridge at the top to enhance aromatics and expel carbonation. The brewer is so confident in its technology that it's offering the design to the brewing community without asking for royalty or licensing fees. But rival craft brewers may not need a hand from Sam: In April, Pottstown, Pa.-based Sly Fox unveiled a can with a removable lid dubbed the "360 lid." 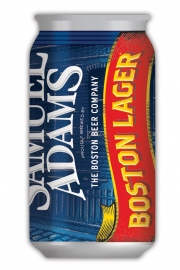 Big brands, meanwhile, continue to tinker with their cans. Bud Light will pilot test one this summer with a vent under the tab to reduce "glug." Likewise, Coors Light recently announced a can with a double-vented wide mouth. This follows Miller Lite's "punch top" cans, introduced last year with a second hole to be opened with objects such as a house key or golf tee.

Of the 2,400 U.S. brewing companies, 97% are small independents. It was inevitable that these hometown brewers would experiment beyond the large-brewery approach, said Julia Herz, craft-beer program director at the Brewers Association. In 2012, 3% of craft brewers' beer was canned, according to the Brewers Association, which expects that figure to increase exponentially this year.

Beer's natural enemies are oxygen and light, which degrade freshness and shelf life of the brew; glass bottles automatically trap oxygen and allow light to penetrate. Cans, on the other hand, seal air out and block light.

"You can really do a disservice to beer, quickly, at the packaging [stage]," said Mike Stevens, CEO of Founders, which will launch its All Day IPA in cans later this year. He forecasts a 25% increase in overall volume of All Day IPA after the national can launch. Sierra Nevada's Pale Ale and Torpedo brews were huge hits last year, so it introduced Summerfest cans in late May. Other brewers in cans this summer include Shipyard, Two Brothers and Ska.

"Craft brewers are grassroots, and their sense of storytelling is: one can, one bottle, one keg at a time," Ms. Herz said. "There's more room on the actual can to put their story. ... The more they can talk about their personality, the better."

The can needs to do the talking for craft brewers because they often don't have the budget for TV and radio ads. Big brewers, however, are spending to promote their cans. Miller Lite ran a TV campaign from Commonground that asked "How do you punch it?" and investigated how household items can puncture its Punch Top can. Coors Light's "most refreshing can" TV campaign featured celebrity Ice Cube. And Bud Light has a local campaign with digital, radio, and print media in Louisville, Ky., where it's testing its vented can.