Plus, the latest in movie-trailer marketing 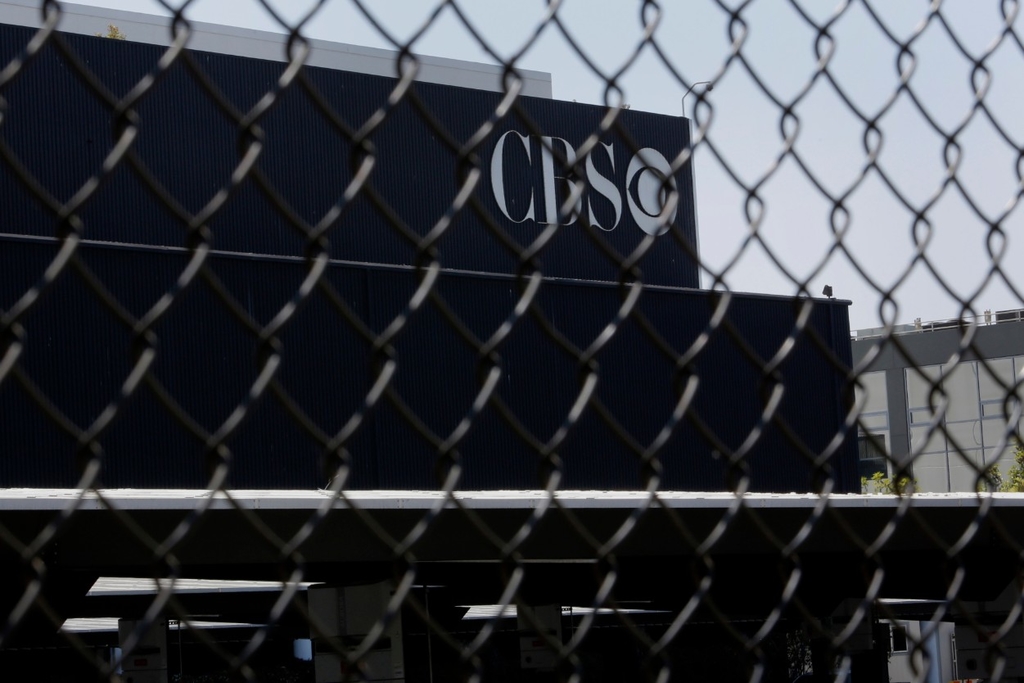 What people are talking about today
CBS and AT&T are fighting, and millions of customers are caught in the middle. "CBS stations have gone dark on AT&T's DirecTV and U-Verse platforms after the two sides failed to come to terms on a new carriage agreement," The Hollywood Reporter writes. The ongoing blackout is affecting 6.6 million customers in over a dozen markets including New York, Los Angeles and Chicago, the report says. AT&T blamed CBS for pulling its content during negotiations; CBS complains that the current deal "is nowhere close to today’s fair market terms for CBS content."

Some customers took to Twitter to vent. Someone wrote: “@ATT & @CBS, totally unacceptable—stop using paying customers and our channel lineups as pawns in your negotiations. #Workitout.” Maybe it’s time to watch CBS the old-fashioned way: for free, with an antenna.

‘We lost the battle’
An administrative law judge has ruled on the dispute between SAG-AFTRA and BBH, and BBH lost. The SAG-AFTRA actors union has been on strike against BBH for 10 months to protest its decision to end a longstanding relationship with the union. As Ad Age’s Lindsay Rittenhouse reports, the judge's decision means "BBH must again produce all of its commercials under SAG-AFTRA contracts, which provide union wages and pension and health contributions to its performers." During the dispute, Publicis Groupe's BBH had argued that the playing field is not level because many other agencies haven't signed on with SAG-AFTRA. BBH New York Managing Director Brett Edgar said in a statement: "Our goal from the start was to produce high-level, cutting-edge creative work for our clients on a level playing field in a fast-evolving industry. We lost the battle, and will respect the ruling and move on...”

Also: Netflix just signed SAG-AFTRA’s movie and TV contract. “Up until now, Netflix had a deal with the union on a production-by-production basis, but now SAG-AFTRA has an overall agreement with the streaming giant for live-action dramatic productions,” Deadline writes.

Short(er) attention spans
Big-budget movies used to get drawn-out marketing campaigns that sometimes started two or three years before release. No longer. The New York Times reports that studio “executives are moving in the opposite direction, tightening efforts to as little as four or five months for major releases like ‘Aquaman,’ ‘Avengers: Endgame’ and the coming ‘Cats.’" Michael Moses, president of worldwide marketing at Universal, told The Times that the instant-gratification culture of Netflix, Hulu and Spotify has something to do with the trend:

“We’re living in an on-demand society where people don’t like to wait. The long journey you used to be able to take the audience on—a teaser to a trailer to TV over a year or longer—isn’t as available anymore.”

Because as Moses says, for the advertising-adverse generation, “what does grab their attention is new content, especially that first trailer.”

Speaking of trailers: You really should check out the creepy “Cats” trailer, which is racking up way more thumbs-down ratings on YouTube than vice versa, as Ad Age’s Simon Dumenco writes. Sample Twitter comment: “That was some scary shit.”

Top 5: Papa John’s made a tiny pizza for bees and called it a “beezza.” That's No. 4 on Ad Age’s list of the top five creative ideas of the week; check out the full list here, courtesy of Ad Age’s Ann-Christine Diaz and Max Sternlicht.

Ad of the day: In Subway’s new ad for the U.K. and Ireland, a masked trio burst onto the set of a Subway commercial as it's being filmed and shuts things down. The bandits are disguised, but they look a lot like KFC’s Colonel Sanders, McDonald’s Ronald McDonald and Burger King’s King, Ad Age’s I-Hsien Sherwood writes. Apparently, they don’t want anybody to find out about Subway’s offer of 21 new ingredients. Watch it here.