Pabst Uses Icon From Controversial Brand's Past to Reposition It as Edgy to New Generation of Drinkers
READ THIS NEXT
Macy’s boosts forecast as return of travel fuels shopping
In the bag: The bags feature artwork of graphic novelist Jim Mahfood.
Credit:

CHICAGO (AdAge.com) -- Talk about a marketing conundrum: Revive Colt 45 malt liquor -- once seen as an exploitative product that preyed on the urban poor -- as an edgy choice for young hipsters. 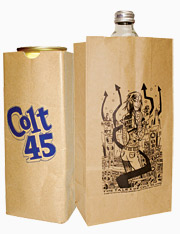 In the bag: The bags feature artwork of graphic novelist Jim Mahfood.
But Pabst Brewing Co. is trying to do just that, with a campaign from Seattle boutique Cole & Weber. The push uses outdoor, digital and print ads to spread what it calls "The Tales of Colt 45," graphic-novel-type strips that show young drinkers enjoying alcohol-fueled adventures. And in what might well elicit a wince from those familiar with the brand's history, all the creative appears to be drawn on brown paper bags.

"The brown bag was really the canvas these adventures write themselves on," said Todd Grant, Cole & Weber's executive creative director. "We've all had those cult adventures, and it's fun to tell the tales."

Legal pushback
Of course, the image of malt liquor being carted around in brown bags isn't universally viewed as benign and fun. Activists and a congressman in Philadelphia successfully pushed for Colt 45 wraps to be taken off a pair of city buses last year, saying the marketing of malt liquor was irresponsible given the rising crime rate there.

"Given our rising epidemic of violence, your promotion of especially dangerous malt liquor is extraordinarily counterproductive," Rep. Bob Brady (D-Pa.) said at the time. "Through these ads, [the transportation authority] is effectively condoning malt-liquor sales."

In its late-1980s heyday, when sales topped 2 million barrels annually, Colt 45 was hardly bashful about marketing in poor neighborhoods, where the image of actor Billy Dee Williams and the slogan "Works every time" were often ubiquitous on billboards. Colt 45 contains 6.1% alcohol, making it boozier than most beers (Budweiser, for example, is 5%).

"We really wanted it to be a brand-new thing," Mr. Grant said. "Whatever baggage they did have ... doesn't exist anymore."

Neither, it seems, do a lot of the brand's consumers. Sales have fallen by more than half since the late 1980s, and most of the remaining drinkers are aging.

Graphic libations
To appeal to younger drinkers, Cole & Weber tapped graphic novelist Jim Mahfood (author of the volume "Classic 40 Ounce: Tales From the Brown Bag" and a regular contributor to alternative newsweeklies) to create a series of scenes and stories of young adults enjoying themselves with Colt 45. Most of the creative shows 20-somethings flaunting their oversize cans in social settings such as rooftop parties and dance clubs.

The brand's ad budget is centered on the New York, Philadelphia, Atlanta and Los Angeles markets, although it also made national print buys in magazines such as Vice, Fader and Juxtapose.

Mr. Williams is nowhere to be found (Mr. Grant said unsuccessful overtures were made to have him make a cameo in one of the strips), but his signature "Works every time" slogan does appear in most of the work, which some experts said could be problematic. "Anytime you call attention to the [alcoholic] strength of a brand, you're taking a risk," said Benj Steinman, editor and publisher of the newsletter Beer Marketer's Insights. Federal regulations prohibit the use of strength as a selling point for alcoholic beverages. 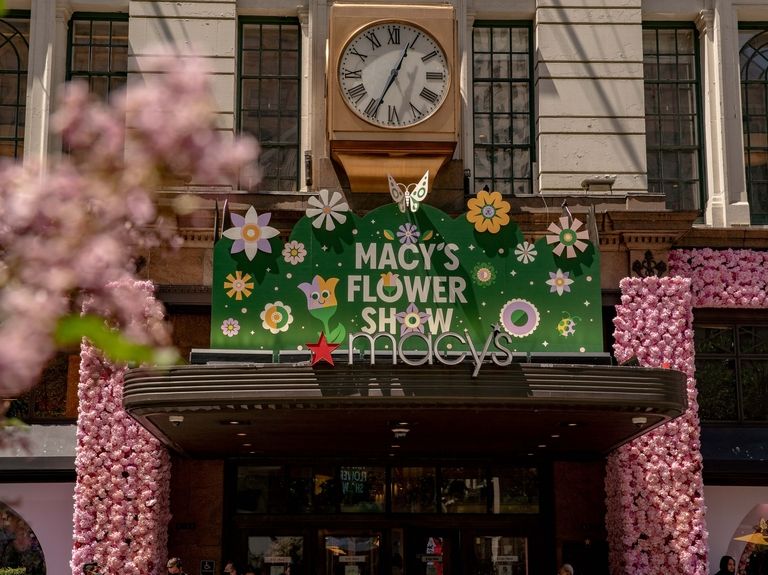