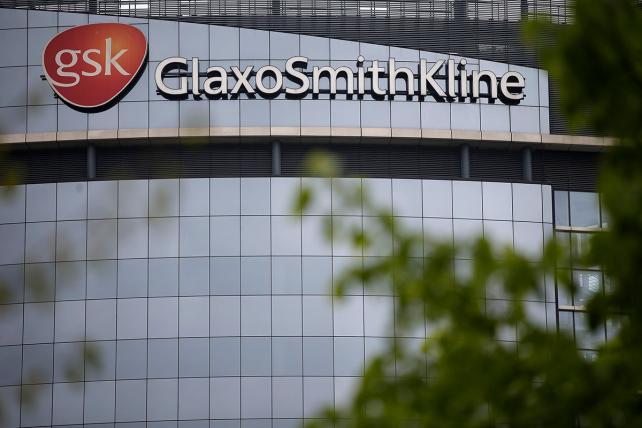 Welcome to Ad Age's Wake-Up Call, our daily roundup of advertising, marketing, media and digital news. What people are talking about today: Pharma and consumer-health giant GlaxoSmithKline is reviewing its global media account. As Ad Age's Megan Graham reports, the review is a mandatory three-year review but it's huge: the marketer spent about $1.7 billion on advertising in 2017, according to Ad Age Datacenter. The incumbents are Omnicom's PHD and WPP's MediaCom; PHD referred comment to the client while MediaCom didn't immediately respond to a request for comment.

'Horrifying maw of the now'

'This is America," a song by Childish Gambino, aka Donald Glover, with a hyperviolent video, has quickly gone viral and become a cultural talking point around the world.

As Ad Age's Simon Dumenco reports, after Glover hosted "Saturday Night Live" over the weekend, performed the song live on the show and then released the music video on YouTube's Vevo, it has become a media obsession around the world. As of this morning, the official music video has now racked up more than 31 million views. With its topics of guns, police, fear and the black experience, it's already inspired essays and think pieces around the world. Singapore-based street culture magazine Juice published a review, for example, describing it as "the screaming, fiery, horrifying maw of the now in which we're chewed and crushed on repeat." Meanwhile, cultural commentators on the U.K.'s BBC Radio "Today" program reviewed it this morning -- and Twitter is abuzz with discussion about its meaning. Check out the video here if you haven't seen it already.

How do you maintain your culture as an agency as you grow? This question and many more will be on the agenda at this year's Ad Age Small Agency Conference on July 17 and 18 in Marina del Rey.

Others that will be discussed include how to design a succession plan; when is it time to sell; how does a small agency get noticed; best practices for new business; reshaping your rate card; tips for winning over big clients and more. Ad Age is also looking for some small agency chiefs to share their own experiences on our website with the theme: "What I know now that I wish I knew then." Plus, there's still time to enter the Small Agency awards: check out some frequently asked questions about entry here.

Comcast to bid for Fox in cash?

The battle for Twenty First Century Fox is heating up: Comcast Corp is hoping to make an all-cash offer for the media assets that Fox Inc. has agreed to sell to Walt Disney Co for $52 billion, reports Reuters.

According to the story, three people familiar with the matter said on Monday that Comcast is asking investment banks to increase a bridge financing facility by as much as $60 billion so it can make the offer. But it only plans to go ahead if a federal judge allows AT&T's acquisition of Time Warner to proceed.

No two moms are alike, and brands can make a mistake behaving as if that's true. Here are three pointers to help you avoid the generic marketing trap. Read more by Foursquare's April Denn here.

Beer by drone? In its World Cup ad, Budweiser depicts Buds delivered by drone to thirsty fans at a stadium in Russia, site of this year's tournament, reports Ad Age's E.J. Schultz. The ad, by Anomaly, will run in more than 50 countries, but not in the U.S., where the soccer team failed to qualify for this year's Cup.

Snap CFO steps down: Snap's chief financial officer Drew Vollero is stepping down, and the company is bringing in Amazon executive Tim Stone to replace him, reports Bloomberg. Vollero's exit isn't related to any disagreement about Snap's accounting, operations or other practices, the company says. Stone has worked for Amazon since 1998 in various roles, including vice president of finance and VP of physical stores.

Japan's biggest takeover: Japan's Takeda has reached an agreement to buy Dublin-based pharmaceuticals group Shire, maker of the ADHD drug Adderall, reports The Guardian. The $62.42 billon deal is likely to be the biggest overseas acquisition ever by a Japanese company.

Creativity Pick of the Day: What does the Venus de Milo do when she's finished her "shift" at the museum? In an ad promoting its shell-less pistachios. Wonderful Pistachios shows the famous statue doing her grocery shopping, wearing a power suit and singing the praises of pistachios. As Ad Age's Jessica Wohl writes, the campaign, by the Wonderful Agency, also features other works of art including Michelangelo's "David" and baby Jesus putting some clothes on. The tagline? "Sometimes, Naked Is Better." Check out the videos here.