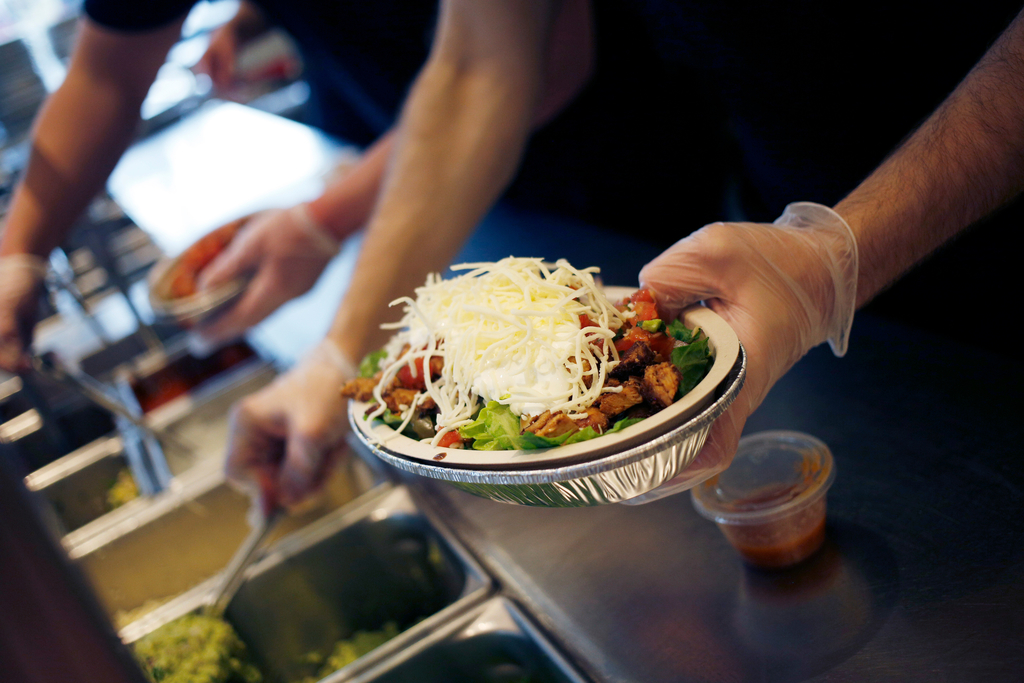 A scene from a Chipotle Mexican Grill in Louisville, Kentucky.

Chipotle Mexican Grill could face about $15 million in costs this year if the U.S. carries out proposed tariffs on goods from Mexico. The U.S. restaurant chain gets avocados from south of the border.

“If the tariffs become permanent, we would look to offset these costs through other margin improvement efforts already underway,” Chief Financial Officer Jack Hartung said in an emailed statement. “We could also consider passing on these costs through a modest price increase, such as about a nickel on a burrito, which would cover the increased cost without impacting our strong value proposition.”

Chipotle is already facing higher labor costs as minimum-wage increases take hold across the country, as well as from expanded delivery and advertising. And a tough avocado season in Mexico is squeezing supply and pushing up prices. But the restaurant chain says it won’t resort to pre-mashed or processed avocados, which would be cheaper. It plans to stick with the whole fruit, Hartung said.

Chipotle shares fell as much as 1.9% in early trading Monday. They had jumped 53% this year through Friday’s close.