Plus, the end of 'This Is Us' may leave a hole in media budgets
READ THIS NEXT
Celebrating AAPI creative excellence 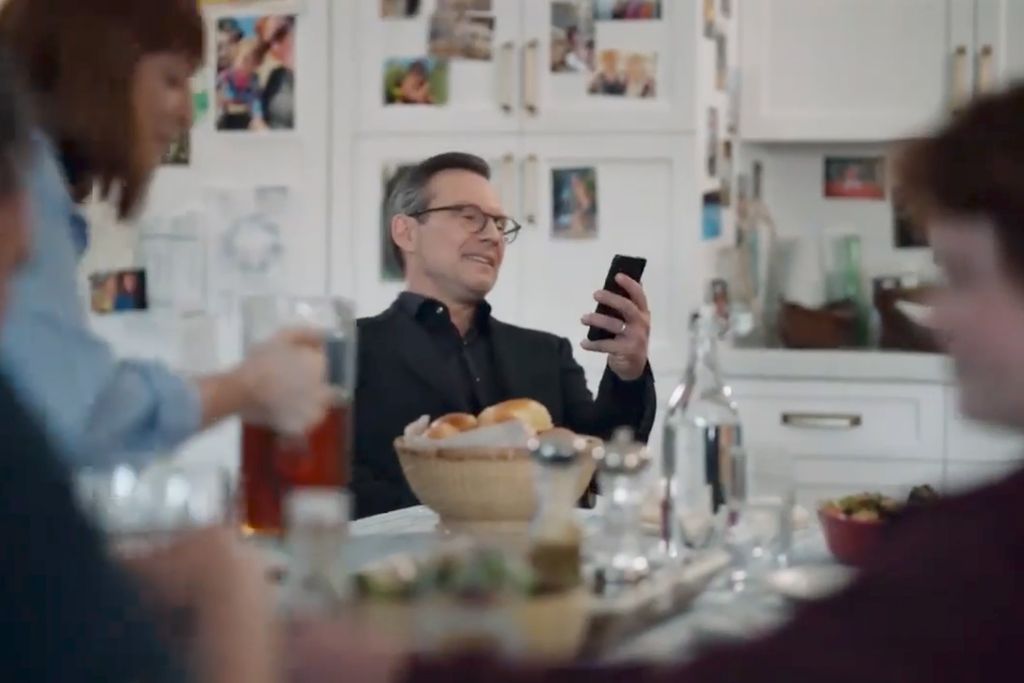 Christian Slater returns as The Wolf.

Christian Slater is back, reprising his role as HP’s The Wolf in an update of the tech thriller campaign written for the realities of the work-from-home world. The point is a simple one: Without the protection of expensive corporate security networks, data and hardware in home offices are vulnerable to hackers.

“The new push will include a nearly five-minute video starring Slater as a hacker infiltrating a mother’s work computer at home while her oblivious son plays video games on the same device,” writes Ad Age’s Adrianne Pasquarelli. “The initial hack spirals to include printers, colleagues and even the woman’s office IT department.”

It’s good timing for HP. In the early days of the pandemic, when pajama bottoms in work meetings were still a novelty and doomscrolling hadn’t yet set in, the scenario in this spot may have felt overblown. But with ransomware attacks shutting down hospital computers systems and a week after hackers shut down the Colonial Pipeline and sent gas prices spiking, the dangers feel clear and present.

NBC drama “This Is Us” will end after its upcoming sixth season, according to The Hollywood Reporter. Creator Dan Fogelman has long been adamant that the storyline he’s planned has a distinct endpoint, so the news comes as no surprise. But the loss of the show could leave some advertisers with money burning holes in their pockets.

With a 30-second commercial going for $476,352, the show is the third-most expensive show for advertisers, only trailing two nights of football. That’s nearly twice as expensive as the next show on the list, “The Voice,” and more than twice as much as the next scripted series, “Grey’s Anatomy.”

Take this job and shove it

Forget the fight for a $15 minimum wage. Some retail workers are so fed up with low pay and poor treatment from customers that they’re leaving the sector altogether, opting for warehouse jobs or sales, Insider reports.

It’s important to note that while workers express concern about the coronavirus and the exposure they risk in customer-facing jobs like baristas and restaurant servers, that doesn’t seem to be why they’re leaving. Many are going to other jobs that still involve in-person interaction, but ones that pay more or don’t require them to take abuse from random strangers. Retailers, take heed. It’s such a low bar to keep these people, but the industry is facing a hiring squeeze because there are plenty of better options out there.

A harried morning with no time for a shower, and just a bowl of cold cereal scarfed down in front of Zoom for breakfast, actually looks pretty good if you’re the one selling the cereal. “Early on during the pandemic, people started eating more often and eating more items per occasion, and Kellogg could track who was eating together, and how its brands fit into various moments, Monica McGurk, Kellogg’s chief growth officer tells Ad Age’s Jessica Wohl on the latest episode of the “Marketer’s Brief” podcast.

This month, the company raised its expectations for the year, with sales looking to match 2020’s impressive numbers. But even with a surge in at-home eating, the company has invested in sophisticated audience targeting, and leaned hard into data to understand and predict how the changing landscape of the pandemic would affect individual markets before it happened.

A byte of the apple: The FCC rolled out a subsidy program on Wednesday for low-income families that provides $50 off monthly high-speed internet service. It’s a baby step toward recognizing the internet as a utility and a nod to the realities of pandemic parenting, when students need access to streaming video to attend classes. The Emergency Broadband Benefit also applies to hardware. Eligible families can get $100 off the purchase of a laptop or tablet.

Reach for the stars: Quicken Loans is officially rebranding as Rocket Mortgage, the popular lending offering it introduced in 2015. While internally this just means a change of letterhead and email signatures, there are still issues of the signs on its Detroit headquarters, not to mention the naming rights to the city’s QLine streetcar.

Pull up a chair: Dax Shepard is taking his “Armchair Expert” podcast exclusively to Spotify this summer, following in the footsteps of Joe Rogan, Variety reports. The deal is unlikely to be as controversial as Rogan’s, since Shepard’s content is far more family friendly. And expertise, channeled through educated authority figures, is the raison d’etre of the show, as opposed to Rogan’s more speculative (sometimes conspiratorial) inclinations. We’ll see how the audience stacks up head-to-head.