Chrysler Sets Up Dealers as Embassies for Vehicles 'Imported' From Detroit

DETROIT (AdAge.com) -- Chrysler will launch a line of merchandise in the next few weeks to help dealers capitalize on the buzz of the Super Bowl commercial and the new brand tagline, "Imported From Detroit," Automotive News reports.

Ad agency Wieden & Kennedy, of "Just Do It" fame for Nike, wants to cast dealerships as "embassies" for vehicles "imported" from Detroit. 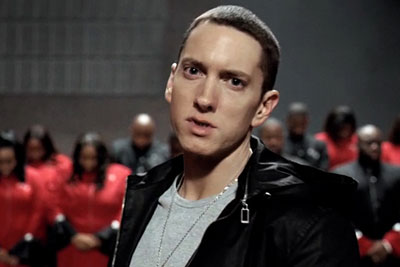 "One of things we've been working on for last couple of days is a dealer kit," said Joe Staples, creative director for Wieden, of Portland, Ore., which created the Super Bowl spot. "How can we make dealers around America feel like Detroit embassies? How can we put this feeling about Detroit and its optimistic resurgence in dealerships? We'll help them keep that stuff rolling."

Wieden will also use the "Imported from Detroit" theme in regional and advertising.

Aaron Allen, an agency creative director on the Chrysler account, said future advertising will talk more about the Chrysler 200's attributes than the national TV Super Bowl commercial did: "[National] is meant to grab people's emotions and heart. With [regional], people want more details to include our car into their shopping considerations."

Wieden devised the "Imported From Detroit" theme, in part, because Chrysler is aiming at import buyers with both the 200 and upcoming 2011 Chrysler 300 sedans.

Because of his own hard-luck story, Eminem was the perfect character for a commercial about the comeback of a brand, a company, a city and an industry, Mr. Allen said.

"There's a scrappiness and honesty to him that's the Detroit story. As famous as Eminem is, he's not a massive showboater," he said. "The culture of Detroit is one of hard work and excellence, but not one of a city that pats itself on the back."

Saad Chehab, head of Chrysler brand communications, said Eminem "symbolizes the city's history, its stumble and recovery." The message from the campaign is that "you no longer have to cross oceans to get what you can have from these shores," he says.

Chrysler Group CEO Sergio Marchionne helped craft the commercial, once watching rough cuts more than 100 times on a plane flight. That's unusual for the CEO of a major company, the agency execs said.

Said Mr. Staples: "He sits down with scripts and talks about what words are right. He's a big-picture guy but he also understands writing."

Said Mr. Allen: "We were surprised us from beginning of our relationship how specific he could be in a good way."