Navigating a City Where Multiculturalism Is a Way of Life in Business and Beyond
READ THIS NEXT
Apple's marketing head Phil Schiller steps aside, to be replaced by Greg Joswiak

Miami is a city very close to the United States, quips Luis Miguel Messianu, president and chief creative officer of Omnicom Group's Alma, one of the many U.S. Hispanic ad agencies that dominate Miami's ad scene.

Its agencies are run by Cuban-Americans, Mexicans and Puerto Ricans, major marketers often base their Latin America headquarters here, and it's a production hub for Spanish-language media.

In Miami, people float easily between English and rapid-fire Spanish, and, increasingly, Portuguese. Visitors from Latin America fill the malls and restaurants and snap up luxury condos in a city always heavily dependent on the real estate market.

"For me, Miami is the northernmost city in Latin America," said Cynthia McFarlane, who is both president of Saatchi & Saatchi's Latin America network and CEO of the agency's U.S. Hispanic shop Conill. "It's like living in Latin America, but with security and infrastructure." 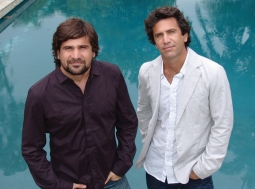 Miami is the fourth-largest Hispanic market in the U.S. -- after Los Angeles, New York and Houston -- with 2,118,200 people of Hispanic origin. Although they represent only 4.1% of the total U.S. Hispanic population, they account for 48.4% of Miami's population, according to Ad Age 's Hispanic Fact Pack.

AGENCIES
Ten of the 50 biggest U.S. Hispanic agencies are in Miami. Coral Gables was the Madison Avenue of Miami, and is still home to Hispanic shops including Accentmarketing and Zubi, which co-owns a new six-floor building in the Gables and is seeking tenants, preferably in creative services, for the lower five floors. Alma, Creative on Demand, Marca Hispanic and Miami's best-known agency, CP&B, which still has about 35% of its staffers in Miami, are all in adjacent Coconut Grove.

The ever-trendier midtown Design District is home to Concept Cafe and La Comunidad, as well as Nobox Marketing, which chose Miami as the base for its growing international social-marketing-focused agency.

Some U.S. networks, such as Interpublic Group of Cos.' McCann and WPP's Ogilvy, have mainly service offices in Miami for their Latin American clients. Others, like BBDO, have no Miami presence. WPP Group combines Y&R and its U.S. Hispanic agency, Bravo, in a single Miami agency, located near Saatchi/Conill in the downtown Brickell area on tiny Brickell Key island. That office, where most staffers work for both Y&R and Bravo, has grown from 26 people in 2006 to 130. 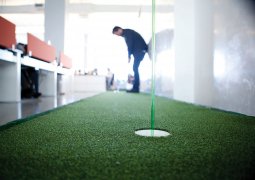 MARKETERS
None of Ad Age 's 100 Leading National Advertisers are based in Florida since Burger King, ranked No. 97 last year, dropped off the list this year, although the world's two biggest cruise line operators, Royal Caribbean Cruises and Carnival Corp., are based in Miami.

But Miami is a haven for Latin American headquarters for major marketers, providing easy access to both corporate headquarters elsewhere in the U.S. and destinations all over Latin America. Mondelez (formerly Kraft), FedEx, Visa, MasterCard, Sony and others have regional HQs here, many in the Blue Lagoon area near the airport.

There are also regional marketers such as Publix, a Florida-based supermarket chain that has most of its stores in the state, including half a dozen Hispanic-designated Publix Sabor grocers in the Miami area.

MEDIA
USA Network's "Burn Notice" is filmed in Miami. Spanish-language media giant Univision has a big presence, and about 600 Telemundo employees -- one-third of the staff at the Comcast-owned Spanish-language network -- are scattered around Miami, including President Emilio Romano. In the past year, Telemundo's Miami-based TV production has grown by about 50%.

Terra, a global digital-media company, has its U.S. corporate headquarters in Miami. And McClatchy Co.'s Miami Herald is based here, along with its Spanish-language daily, El Nuevo Herald, which is almost twice as big as the No. 2 Hispanic newspaper, Chicago-based Hoy.

CHALLENGES
In the past decade, Miami has been buffeted by the dot-com bust, the real-estate industry collapse, and multiple storms. But this is a city that bounces back, and the once-provincial town now offers an international, multilingual, technology-savvy workforce. 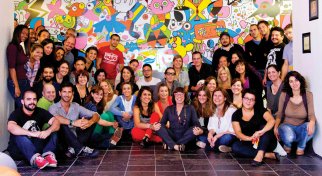 And while it's outside the major ad and entertainmnet hubs of New York and Los Angeles, it's not exactly hard to recruit to an oceanfront city that 's warmer, sunnier and more affordable than many chillier metropolises, enjoying what La Comunidad founder Jose Molla calls "a great balance of work and play. It takes me 10 minutes to get from a meeting to paddle-boarding in the bay with dolphins," he said.

It's not Silicon Valley, but the city fosters a startup mentality, as an entrepreneurial mindset meets investors and venture capitalists based in Miami or Latin America.

And as the tipping point approaches when non-Hispanic whites will be the minority in many urban areas, places such as Miami and Los Angeles are already there and figuring out the new Latin-influenced America and its consumers.