As the home of one of the most admired marketers in the world -- Nike -- and one of the most praised creative shops, independent Wieden & Kennedy, Portland, Ore., has piqued the curiousity of advertising talent and marketing clients. But despite it's creative credentials, the city still faces a few challenges in actually luring them to the Pacific Northwest. 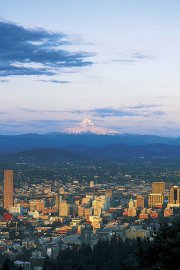 With a population of 584,000, Portland is caught somewhere between a big city and a small town. It's artsy, independent and sustainable.

It has only two Fortune 500 companies, Nike on the outskirts and metal components manufacturer Precision Castparts. The void of dynamo corporations entices people who appreciate a more laid-back, affordable lifestyle away from the power centers. This creates a rich environment for mid-size agencies and early-stage start-ups. But with that comes challenges: Portland is not always thought of as a destination city for top-tier clients.

Perhaps that's why the city is known to be transparent and open. Business competitors invest in each other's ideas, and the Portland Advertising Federation even has an agency roundtable where leads and principals get together once a month to share best practices.

That vibe makes it the perfect place to host Ad Age's Small Agency Conference on July 24th and 25th. The event gathers small and mid-sized agencies to discuss the unique challenges faced by this market. Held over a day and a half, and will cover topics such as talent, new business, managing small businesses, emerging technologies. It's also where Ad Age announces the winners of its annual Small Agency Awards. For registration information, go here.

Agencies
The anchor of the Portland ad scene is Wieden & Kennedy, whose huge success draws in national and international talent. The city is rich with creative folk; when talent exits Wieden & Kennedy, they have a slew of mid-size agencies that populate the rest of the city to choose from. Among those are HMHagency, whose clients include Subway and neighbor Nike, as well as Mutt Industries, Fish Marketing, Struck, North , Pollinate and DHX Advertising.

Ad executives are torn about whether Portland needs more corporations to boost its overall business. They lament that Portland is still on the bubble in terms of major ad centers. On the other hand, when clients search for an alternative point of view, they think of Portland with its young, urban reputation. Those who work there say the environment is less competitive, and more collaborative, in Portland than in other cities. At the Agency Owner Roundtable, leads and principals from 60 agencies meet once a month to talk shop, discuss conflicts on their rosters and team up on pitches. Leaders can join only if a current member invites them and they are voted in.

"All those agency principals tomorrow could be in a room competing with one another, but they are sitting in a room today openly sharing whatever their secret sauce is," said Ed Herinckx, president of HMHagency. "It is uniquely collaborative and not a defensive market." 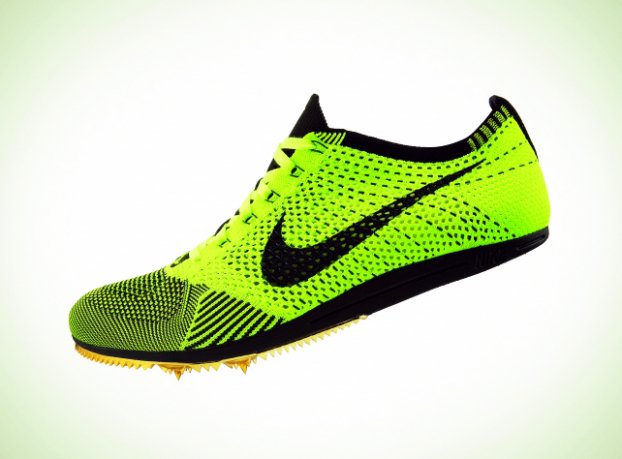 Marketing in Portland derives mostly from athletic apparel companies. Adidas America is headquartered minutes from downtown, as is Columbia Sportswear. Nike's headquarters are on the edge of the city. The company spent $877.6 million on advertising in 2011, according to Ad Age DataCenter, making it No. 42 in U.S. ad spending. Companies based in Portland like to promote the eco-friendly perspective that comes with their hometown. NAU, for example, is a Portland-based urban and outdoor clothing company that popped up in 2005 with a strong green mission. In March, apparel company Respect Your Universe announced it would move from Las Vegas to Portland -- again, in part to enhance its emphasis on organic, earth-friendly materials.

Media
Portland's film- and TV-production industry nearly doubled between 2009 and 2011 to $130 million, led by the first "Twilight" film. Now, TV shows such as NBC's "Grimm," TNT's "Leverage" and IFC's "Portlandia" shoot in the city. "Saturday Night Live" cast member Fred Armisen created "Portlandia" as a sketch comedy series that gently satirizes some of the city's hipster tendencies, from organic farmers to recycling. Portland also has an active infomercial production scene led by Atomic Direct and R2C Group, whose clients include Bare Escentuals, TiVo and Rosetta Stone. The major local newspaper is the Oregonian.

Startup/Tech
Portland's startup scene is dubbed Silicon Forest. The stalwart of the Forest is Tektronix, an oscilloscopes manufacturer that was founded outside of Portland in the 1950s. Tektronix planted the seed for tech firms to grow in the area that create semiconductors, software, printers, displays, and technology chips. Intel's largest and most comprehensive site is just west of Portland. Recent startups include Puppet Labs, a cloud computing firm, and Vizify, which graphically represents online users and signed a partnership with Twitter in June. Along the way, tech companies have drawn venture capitalists to the area.

Talent
The Portland Advertising Federation runs a paid internship program called PAF Colaboratory. It invites 10 students to spend six weeks in Portland during the summer, rotating between three different agencies. The interns also split into two teams, work on a real client project and present a pitch at the end of the program. Students from the U.S., Singapore, Paris and Switzerland have applied, and more than 80% are hired in the city post-internship.

The idea, according to PAF executive director Jamie Sexton, was to train the talent inside Portland's own agencies. "We find that a lot of the talent that comes to Portland comes here without jobs, and they were already trained outside the city," she said. "We want to grow them from scratch, as well."

One industry lacking talent is the growing start-up sector. After months of poaching talent from each other in the city, CEOs of many of Portland's prominent tech startups launched a campaign in late May to build interest around Portland. The five-minute video tours startup offices and highlights aspects such as living and working freedoms.

Watering Holes
Portland has more breweries than anywhere else in the world -- so it's nearly impossible to make a poor choice when it comes to drinking in Portland, according to employees of HMHagency. For after-work drinks, agency folks love Kask, a back-door bar known for its drinks and charcuterie plates, and Luc-Luc with its happy hour and innovative beverages. Produce Row has whiskey-beer back pairings, and has quickly grown into a popular three-hour lunch destination for ad types. Another popular option is Clyde Common, a newer Portland staple that sits at the bottom of Ace Hotel, a home-away-from-home for creative types passing through. Emerging creatives flock to Dig-A-Pony, started by local bartenders, with dance-friendly vinyls spinning while folks network. On a warm night, there are the picnic and ping-pong tables at Rontoms, a bar with no signage but one every local can find with his innate Portland homing device.

Challenges
Because of the abundance of mid-size agencies, ad executives say there is not a lot of depth in the Portland market. This creates verticals that have specialty expertise but few general-market agencies. And what Portland considers to be mid-market might be small by other standards; mid-market in Portland generally means 50-150 employees.

"Most any agency that's going to grow has to grow outside of Portland," said HMH's Mr. Herinckx. "What you'll find is that there are certain niche areas that Portland will be top tier and attract specialty plays. But as far as general markets, one of the challenges is having Portland being seen as a credible player for some of the bigger Fortune 500 companies."

Opportunities
With the burgeoning technology scene and growing interest in Portland as a creative alternative to big ad centers, the city has opportunities galore and an affordable lifestyle to go with them. Agency principals believe the next phase for Portland is beating a path to the middle. For the last decade, thanks to the rise of all things social, specialty firms spun off from agencies, and clients began purchasing a range of services a la carte. But client patience for managing diverse suppliers dwindled a few years ago, and agencies are migrating toward more of a full-service, integrated model.

"We are still nicely tucked away in the Northwest corridor, away from a lot of other big city influences, and the greatest irony I find is that now we are beginning to emit a certain amount of influence from Portland out instead of bringing the influence in," said John Jay, a partner of Wieden & Kennedy and founder and executive creative director of Wieden & Kennedy Garage.

~ ~ ~
CORRECTION: An earlier version of this story listed Rain as an Oregon shop. Rain is based in Utah.