In the face of critics who've been blaming Coca-Cola Co.'s sugary drinks for the rise in global obesity rates, the Atlanta-based beverage giant on Wednesday vowed to slash advertising to children.

Atlanta-based Coca-Cola in a statement said it is taking a four-pronged approach to help fight obesity, the most dramatic being a pledge to stop advertising to children under 12 anywhere. However, a Wall Street Journal report on the news described the move as not a complete elimination but as a reduction in kids advertising, stating that "Coca-Cola now plans to only advertise to audiences where no more than 35% of viewers are children, similar to what it does in the U.S." 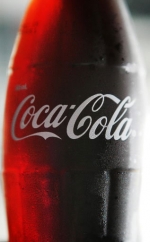 The plan also outlined a commitment to support physical activity programs, and the expansion of transparent nutrition information and low- and no-calorie options to emerging markets. Coca-Cola didn't set deadlines or targets for the initiatives, which are intended to apply to more than 200 countries.

Chief Executive Officer Muhtar Kent has been working to counter the perception that the soft-drink maker contributes to America's obesity epidemic. Coca-Cola earlier this year introduced advertisements highlighting the company's low- and zero-calorie products and suggesting people pay attention to how many calories they consume in order to manage their weight. It also has been working on introducing smaller portion sizes of its products and said it will continue innovating drinks made with natural zero-calorie sweeteners like stevia.

"People in these countries are going to be aware of these health issues so Coke wants to be prepared," Jack Russo, an analyst with Edward Jones & Co. in St. Louis, said today in a telephone interview. "The regulators and governments are going to get more involved with this entire issue."

Almost 36% of adults and about 17% of children are obese in the U.S., according to the Centers for Disease Control and Prevention in Atlanta. Obesity is measured by using weight and height to calculate a number called body mass index, according to the CDC. An adult who is 5 feet, 9 inches tall and weighs 203 pounds or more is considered obese.

The city's Board of Health last year approved the plan to cap the size of sugary soft drinks sold in restaurants, movie theaters, stadiums and arenas at 16 ounces (473 milliliters) a cup. In October, groups representing beverage makers, restaurants and theaters asked the court to end the regulation, citing "unprecedented interference."

Between 2009 and 2011, Coca-Cola, PepsiCo Inc. and the American Beverage Association spent as much as $70 million on lobbying and issue ads, according to the Center for Science in the Public Interest, a proponent of soda taxes. The money helped defeat efforts to enact such levies in 30 states.