Coca-Cola is using its Olympic sponsorship to convince consumers of its commitment to an active lifestyle, in a new campaign for the U.S. centering on an "8-pack" of U.S. athletes, most of whom are set to compete at the London games this summer. 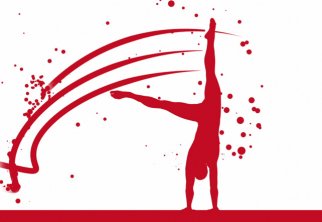 Sodas have taken a bashing recently, with New York City Mayor Michael Bloomberg proposing a ban on the sale of large sugary drinks as part of a push to tackle the growing obesity crisis.

Coca-Cola, however, claims that the association between its brand and healthful lifestyles is an authentic one. Katie Bayne, president and general manager, sparkling beverages, Coca-Cola North America, claimed via email, "We have a timeless commitment to enhance well-being in all of its forms. Encouraging people to get active, and providing them with opportunities to do so, has always been at the heart of our brand values."

Ms. Bayne added, "We also recognize that issues such as obesity are a complex problem and we are committed to working with all sectors of society to find solutions. To help change the way people think about nutrition and exercise we need to work together."

In the company's defense, Ms. Bayne pointed out that Coca-Cola was the first of its rivals voluntarily to put calorie information on the front of nearly all of its bottles and cans. She also drew attention to the fact that of the 700 beverages the company produces, 150 are low-calorie and no-calorie options.

Coca-Cola's global "Move to the Beat" campaign -- aimed at teens -- is at the heart of its 2012 Olympic strategy, but the company has produced an additional Olympic campaign for the U.S. market to establish a particular connection with U.S. consumers. Ms. Bayne said, "Through these personalities we are able to provide fans with a closer look at both the Olympic Games and Team USA, emphasizing the values of community, connection, support and patriotic optimism."

The online element of the campaign includes a digital hub aimed at families, including interactive athlete quizzes, instant-win prizes and sweepstakes at MyCokeRewards.com/theolympics. Through social media, Coca-Cola's eight athletes will interact with consumers, in the virtual and real worlds, including the opportunity to win a school-sports day hosted by Mr. Oliver, a 2008 bronze medalist.

Another site, Coke.com/cheers, invites fans to upload a photo and a message of support to Team USA hopefuls and athletes, both of which will be displayed on Coca-Cola's Times Square billboard on July 18. Coca-Cola also has issued special collector cans to celebrate the games.

There are eight new television commercials, four focusing on individual athletes, two taking a broader look at the Olympic Games, and two animated commercials bringing the collector cans to life. The spots will break throughout the next six weeks.

The "8-pack" campaign was created by Ogilvy & Mather, Wieden & Kennedy and Leo Burnett, with digital work by 360i. The campaign budget is not disclosed.