So You've Made Some Content, Now What Do You Do With It? 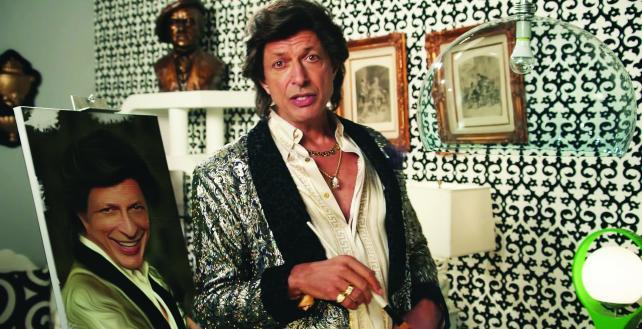 In Late September, General Electric released a video starring Jeff Goldblum that earned more than 700,000 views on YouTube in two days. The light bulb that the video was promoting sold out on Home Depot's site in three days. The kicker: GE says it didn't spend a penny promoting it. 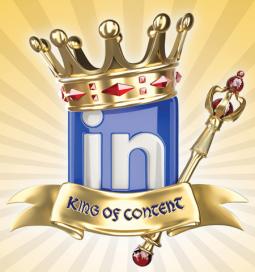 GE's campaign may sound like a content marketer's "Field of Dreams": If you build it, audiences will come (and you won't have to pay their transportation costs). But GE Executive Director of Global Brand Marketing Linda Boff would be among the first to call the campaign a fluke.

"You sit and pray those things are going to happen, but that is the exception, not the rule for us," Ms. Boff said.

There's an increasingly popular saying among top content marketers, credited to BuzzFeed's Jonathan Perelman: Content is king, but distribution is queen -- and she wears the pants.

Marketers on average are putting 40% of their budgets toward content marketing, according to a survey of 750 marketers and online publishers conducted earlier this year by content-marketing service Outbrain.

Get it out there
Looking to distribute your content far and wide but can't find the audience? These companies are happy to help, for a fee:
Outbrain:

The sponsored-links set is much maligned, but Outbrain is one of the more reputable of the bunch. Use Outbrain to suggest your content in websites' related-links sections. The company blends your links to look like the rest, giving them a native feel.

The Sharethrough process is simple: Pick a link you want to promote, the sites you want it to appear on and set it live. The company blends your headline and content preview right into publishers' content streams, making your story hard to miss. People, Forbes and Politico all work with Sharethrough, giving it a broad wingspan.

Some native ad-tech companies only show your headline which, when clicked, links back to content on your website. But Nativo can post your story in full on other publishers' websites. Just like a standard publishing platform, Nativo gives you stats such as the time spent with your content and number of shares.

Native ad tech for the visual web, TripleLift formats your content to blend in with the tiled formats you see popping up all over the internet. Just like Sharethrough, TripleLift's story previews link back to content on your website.

When you think about using tech to boost your content's reach, don't forget about the immense reach available through social-media channels. On Twitter, you can write a tweet, link back to your content and target it to your intended audience. Facebook's targeting tools are even more robust, and so is its reach.

One of content marketing's biggest virtues is that it typically front-loads brands' costs on production and permits them to be more strategic and thrifty with their paid-media dollars. Best-case scenario: a piece of content does so well, the brand doesn't have to spend any money on promoting it, as in GE's example. Worst-case scenario: "Throw a little kerosene on and see what lights," Ms. Boff said. If GE's video starring Mr. Goldblum didn't immediately grab audiences, the brand might have paid to run it as one of YouTube's skippable TrueView ads or promoted it on Facebook with the social network's new auto-play video ads.

Important as distribution has become in marketers' eyes, experts caution that all the lighter fluid in the world can't ignite a soggy sponsored post. "A piece of content that's only supported because you're continuing to pipe money into it probably wasn't a good piece of content," Ms. Boff said.

"You can't buy engagement," said DigitasLBi Senior VP-Social Content Practice Lead John McCarus. "No matter how much media spend is behind it, that won't make it more engaging."

But if content has a spark, a bit of spending, especially in the right place, can fan the flames.
ESPN recently ran a test to distribute a docuseries produced by Dick's Sporting Goods within its WatchESPN app alongside streams of SportsCenter and the U.S. Open. The retailer could have settled for buying ads on the cable network's digital properties pointing audiences to its program called "Hell Week," but streaming the series within WatchESPN legitimized the brand's content, said Dick's Sporting Goods VP-Brand Marketing Ryan Eckel. It didn't hurt that distributing the brand's content on the media company's property proved cost effective in attracting audiences.

"What we've said to our clients for a long time now is, 'Don't go out and create audiences from scratch if existing audiences are out there that are valuable to you,'" Mr. McCarus said.

One way to do that is partnering with a distributor at the creation stage. Youth-clothing retailer PacSun hired several stars from fashion-focused online video network StyleHaul to create videos showing off different back-to-school looks for its jeans collection that premiered on those influencers' YouTube channels. "When I looked at their site on the day of the campaign's launch, all sizes under size 9 were sold out," said StyleHaul chief content officer Mia Goldwyn.

That's why brands like GE and Maybelline use video shoots to cut multiple clips customized to various social networks. As part of a deal with Maybelline, StyleHaul shot a 15-second video specifically for Instagram and then custom 15- and 30-second pre-roll video ads for YouTube. And when GE is readying a six-second Vine video, "we're not taking a 60-second spot and dividing it," Ms. Boff said. "Retrofitting is a slippery slope."

Slippery, but not uncommon when marketers consider the savings that could be had from producing something once and syndicating it everywhere -- which adds another wrinkle. "The truth is, it happens all the time that whomever is negotiating the relationships does not think that through," Mr. McCarus said. He advises clients to include a so-called trigger clause in their contracts with publishers so that if they want to repurpose a co-produced piece of content on another publisher's property, they'll know how much that might cost them.

~ ~ ~
CORRECTION: The quote, "Content is king, but distribution is queen -- and she wears the pants" was incorrectly attributed to BuzzFeed founder Jonah Peretti. BuzzFeed's Jonathan Perelman was the original source.