Plus, AdColor will return for its 15th annual celebration of diversity in the industry
READ THIS NEXT
Meghan and Harry sign deal with P&G, Microsoft is Cannes Creative Marketer of the Year: Wednesday Wake-Up Call 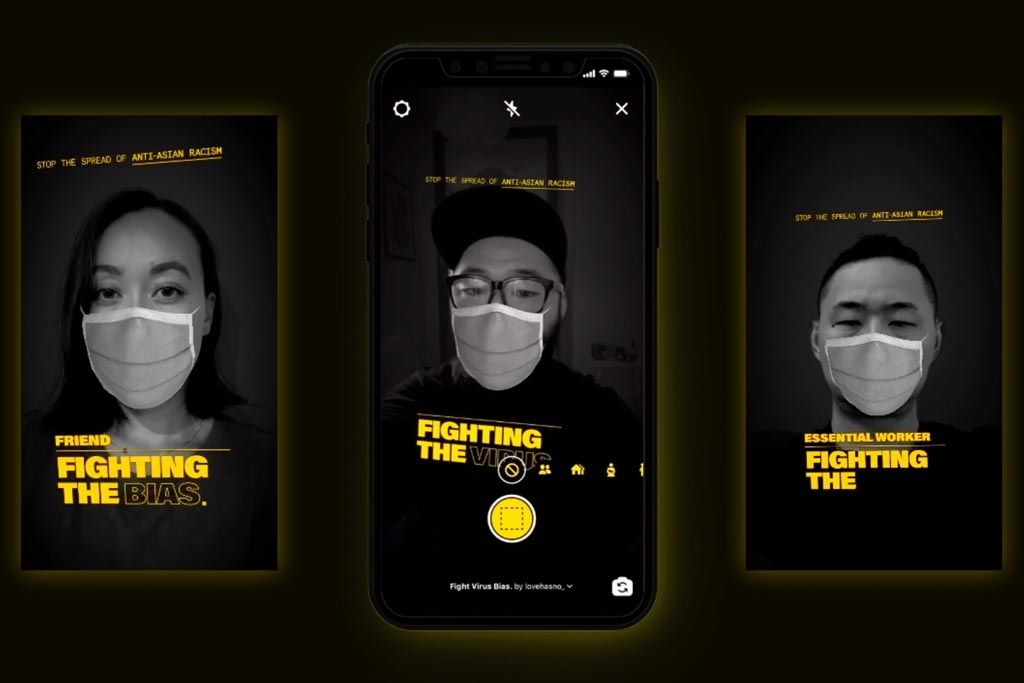 May is Asian American Pacific Islander Heritage Month, and Ad Age is spotlighting work from creatives and creators in the industry, beginning with Facebook’s Kay Hsu, head of creative and design, partnerships marketing.

“The most meaningful work I’ve done in my career is easily ‘Fight the Bias’ for Ad Council’s ‘Love Has No Labels,’ which was launched in June 2020 during the first phase of the pandemic,” Hsu writes. “Directed by Emmy-winning director Alan Yang and concepted from the hearts of a few Asian American creatives at Facebook, ‘Fight the Bias’ was our response to the violence and discrimination we were witnessing in our communities.”

Picking this campaign out of all the ones she’s worked on during a 15-year career wasn’t tough, she adds. There’s a responsibility for Asian creatives to speak up when they have a platform in order to help protect a community that was—and continues to be—targeted.

Throughout the rest of the month, other Asian American and Pacific Islander creative leaders will share work that was important to them and will curate the rest of the week’s talent.

Verizon’s sale of 90% of its media division to Apollo for $5 billion has some ad execs wondering about the viability of the ad tech business at other telecoms. “Verizon’s exit throws a bigger shadow on AT&T, says a top ad agency executive. AT&T’s ad tech efforts have mostly manifested themselves in Xandr, AT&T’s digital ad marketplace, which has also been at the center of sale speculation in recent months,” write Ad Age’s Mike Juang and Garett Sloane. “Verizon’s move will surely heighten such chatter over whether AT&T is also looking to exit ad tech as well, says the executive.”

And while the newly formed Yahoo is touting its continued access to Verizon data, it might be that very information that makes ad tech risky, as regulators are keeping a close eye on how telecoms use customer data these days.

It's what's for breakfast and lunch, too

Beef consumption in the U.S. is up more than 23% over last year, Insider reports. Like fast food, Americans are leaning into comforting, fatty, generally unhealthy foods during the pandemic. But while sales tell one story, the zeitgeist is tilting in the other direction.

Meat analogs like Beyond Meat and Impossible are forming popular partnerships with restaurant chains. At the same time, slaughterhouses and meat processing plants are having trouble keeping up with demand, partly because the industry was so hard hit by the coronavirus.

As the TV industry cautiously looks to a post-COVID world, how will the 2021 ad haggle reflect the calls for change that have been building over the past year? Join ad sales leaders, marketers and media buyers to discuss the state of the upfront marketplace at Ad Age In-Depth: TV Pivot on May 24 and 25. RSVP at adage.com/tvpivot.

The death of the tracking cookie might not be such a bad thing. “The reality is that digital targeting has often been woefully bad­—serving people ads for things they just bought, in sizes and varieties they didn’t want, or solving problems they never had,” writes Ad Age’s Jack Neff. “That’s when the ads reached real people at all. Third-party cookies have been a key tech enabler of digital fraud. And many marketers already have been building their own consumer databases anyway, in part because of the poor quality of third-party data that fueled cookie-driven ad buys.”

Brands with robust data of their own are in better straits than those who have relied on cookies and their dubious accuracy. And this is an opportunity for new technologies, now with a host of individual parties each looking for the next big thing in ad targeting.

Mouth to mouth: Extra gum freshens year-old breath in a sprawling spot from Energy BBDO that imagines what the first day after the pandemic will look like. The spot is a cute fantasy, but the New York Times reports that herd immunity is likely a pipe dream at this point and the coronavirus will be a continual—albeit less deadly—thorn in the side for casual smoochers, and everyone else.

Pull Up: AdColor returns this fall for its 15th annual celebration of diversity in the ad industry. The event expands to a full week of in-person and virtual events, October 24-29, including AdColor Awards, the AdColor Conference and the AdColor Futures program. “After everything we endured in 2020, we realize it’s no longer just about us showing up for each other; it’s about everyone else doing the same,” says Tiffany R. Warren, founder and president of AdColor and  exec VP, chief diversity & inclusion officer at Sony Music Group. “We can’t wait to carry this theme throughout our content and recognize those who pull up every day for their communities and organizations.

Font memories: So long, Calibri. Microsoft is replacing the ubiquitous typeface it has used as its default since 2007 with one of five new contenders. Calibri’s designer has his own favorite pick, CNBC reports.