Neenah, Wis., is hardly anyone's idea of a hotbed of creativity.

The birthplace of Kimberly-Clark is a remote 90-minute drive from Milwaukee, brutally cold in the winter and studded with about a dozen paper mills, which, depending on the process and wind, don't always smell too good. 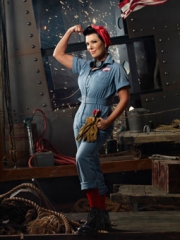 For Poise, K-C's marketers found a new way to approach the subject of bladder-control problems,
Its brand roster -- Huggies, Kleenex, Kotex, Depend and Poise -- is far from the most glamorous. One reminder of that is the K-C research lab, in one of many buildings in the sprawling Neenah area. Each day it goes through gallons of saline solution and cooked-to-specifications simulated No. 2 (you can't just buy it from a catalog), using about 60 automated infant and toddler mannequins, complete with detachable boy parts, to put products through their paces.

Yes, K-C is dedicated largely to selling things that absorb, contain and dispose of the least pleasant excretions the human body has to offer. So maybe it's fitting that in a marketing world that sometimes seems utterly full of crap -- espousing "holistic" marketing but sinking ever more money into TV and embracing "purpose" in the name of ringing up sales -- that K-C seems to hit the right note on both scores.

On that later point, as Chief Marketing Officer Tony Palmer says -- a lot -- "We want to sell more things to more people more often for more money." Yet, on the purpose front, K-C's marketers really do touch and improve lives -- and they do it all in a highly creative manner that gets noticed.

The folks in Neenah over the past 18 months got Whoopi Goldberg to create a series of webisodes-turned-ads featuring women in history with light-incontinence issues; fashion designer Patricia Field to design sanitary pads; Tyra Banks to devote a show to U by Kotex feminine pads; and Jay Leno and "Saturday Night Live" to run spoofs of ads for blue-jeans-style Huggies diapers and Poise ads, respectively.

Kleenex designer Christine Mau has helped create oval and fruit-slice-inspired wedge-shaped packages that have helped reverse a decline in household penetration by getting millennials to shop for and display tissue boxes in their homes. Kleenex also used traditional and social media to induce a million people to send samples of a softer Kleenex to friends last fall and winter.

Goodnites, launched in 1994, has let millions of kids outgrow bedwetting with minimal embarrassment. Depend has done largely the same thing, and now is replacing what looked like adult Goodnites with what look more like men's and women's underwear. It adds some dignity to what the marketers describe as a "heroic" brand. Depend still isn't a brand anyone will "like" on Facebook, but it is one with its own anonymous social network where experienced users help new ones cope.

Kotex and Poise -- which marketers long assumed no one wanted to talk about publicly -- have found quite the opposite over the past year. Marketing became the therapy in some cases. 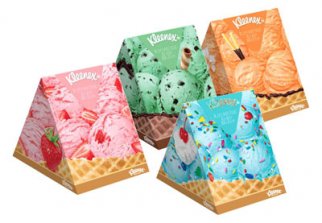 Package redesigns have helped Kleenex, above, and U by Kotex, below -- brands in traditionally dull categories -- boost sales among millenials.
Ms. Goldberg, by talking openly of "light bladder leakage," opened the door for more women to recognize they had the problem, that it wasn't so unusual, and that they could buy the right products for it, said Melissa Sexton, director of integrated marketing planning on K-C's adult- and feminine-care businesses.

"My world used to be "What's our ad or what value of coupon will it take?'" Ms. Sexton said. Now, as part of the integrated marketing planning team that reports up through Mr. Palmer's organization, she said, the team is part of all conversations with marketers, R&D, design and sales.

She also gets to spend more time nurturing agency relationships. "They're like kids," she said. "There are times when they get time out and times when their work is up on the refrigerator."

Ms. Sexton acknowledges she works on brands that "can be a little daunting," but she said agency creatives and marketers who've seen the impact Depend or Poise are having increasingly "want to be on those businesses." 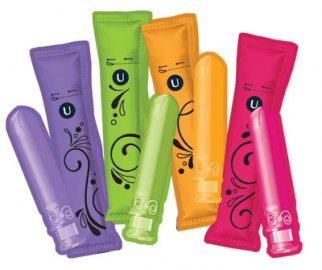 In December, when she was talking with her husband about what she felt were her biggest accomplishments, work came up first for the first time.

Ms. Sexton's group has been staffed with executives with both client and agency experience. They focus on developing clear briefs and delivering an idea before any executions. Another key, Mr. Palmer said, is a sharp focus on "the who," a complex target that includes the retail customer, the shopper and the end user.

Rather than focus heavily on conventional copy testing for the most expensive part of the mix -- TV -- K-C increasingly focuses on testing ideas rather than executions and, when testing executions with consumers, testing the entire integrated plan as a whole, not just the TV, said Craig Smith, brand director for Kleenex.

But Mr. Palmer said one key is simply teaching marketers the difference between ideas and executions -- core curriculum at K-C's marketing university.

It's been a key difference between K-C and her last stop at Procter & Gamble, said Claire Miller, who left the latter in 2009 to become marketing director on U by Kotex.

"At P&G, we spent a lot of time mixing up both, and a lot of times you started with the TV ad and backed into your idea," she said. "Here we have such an overt, disciplined approach to saying "What's the right idea' and getting all functions in on it from the beginning."

It's also one reason why having the marketers in Neenah -- along with the paper mills, mannequin lab, R&D, and rest of the company -- makes sense despite the recruiting challenges, Mr. Palmer said.

"There's no one right answer," he said, "but I do believe having folks able to speak with each other regularly and daily and have them geographically close really does help."

Neenah tapped and advanced ideas from two of the company's strongest marketing organizations -- blue-jean diapers from Israel and U by Kotex from Australia.

Both are helping it outperform P&G in the U.S. in those categories, as Depend and Poise also gain substantial share.

But P&G's baby-care business is faring far better in Western Europe and key developing markets, and its Bounty and Charmin brands have beaten up K-C's tissue brands here.

"We're getting better," Mr. Palmer said. "I wouldn't say we have it completely right."

But Kimberly-Clark sure looks good -- at least on paper.