Cavalry CEO on Losing a Major Account: Don't Cry in Your Beer -- Just Move On

Relationships Aren't What They Used to Be, but the Need to Create Drives Us
READ THIS NEXT
Opinion: Will Sorrell's exit help creativity regain center stage?

Three weeks ago, I received a call that agency folks know all too well. A regime change had resulted in the loss of a big account. MillerCoors was severing our relationship.

My first thought went to the newest clients we've added: PepsiCo, Tyson Foods and the American Freedom Foundation, a group helping military veterans and their families. The success of these clients will define our agency.

While Cavalry has existed since 2012, our relationship with MillerCoors and, before that, the Coors Brewing Co., goes back decades, spanning five CEOs and seven CMOs. The best agencies have always internalized the ups and downs of their clients' brands and made a personal investment of sweat equity to ensure their clients' success. Creating content is part of what an agency does, but an agency's job is helping to grow a client's business.

When Coors Light was introduced, it wasn't in the top 20. Today it's the No. 2 beer in America despite being outspent four to one. There are hundreds of talented people who made that happen over a lot of years. The right CMO paired with the right agency partner can transform a business. Toss in luck and several well-timed competitive mistakes, and the window for growth opens, provided you're poised to take advantage.

Lots has been written about the demise of the Big Beer brands. It's certainly been a tough period, but we see opportunities for growth given certain patterns evident in the business. The recent trend of agency switching by the major brewers is a clear sign of unrest and dissatisfaction with brand performance, but there's more to it.

Both agencies and clients used to feel it was a privilege to work on the brands. It was an honor because so much had gone into building those businesses, someone's name was on the bottle, and frequently there was a legacy of famous creative work to live up to. Now, many relationships don't make it to three years, in part because the honor of being entrusted with the health of a brand is disappearing and with it the bond forged, because both sides knew they needed each other to succeed.

Scratch the surface of any long-term agency/client relationship and you'll find trust. Trust in people and their integrity. Trust that the ideas are great. Trust that financials are handled fairly.

Only a couple of days after our relationship with MillerCoors suddenly came crashing down, the itch to create stuff took over and the next phase began. We may be bloodied, but we have a fierce competitive streak and a desire to prove ourselves all over again.

My final thought as all of this was unfolding was about my dad. He was in the 101st Airborne Division and the first airplane ride of his life occurred during basic training. Forty minutes after takeoff they opened the door and everybody jumped out. You couldn't pause at the door, you went for it because staying put simply wasn't an option.

MillerCoors is headed off in one direction and Cavalry is headed in another and we can't wait to see what's ahead.

Because staying put is simply not an option. 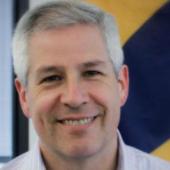 Marty Stock
Marty Stock is CEO of Cavalry Chicago.
View all articles by this author