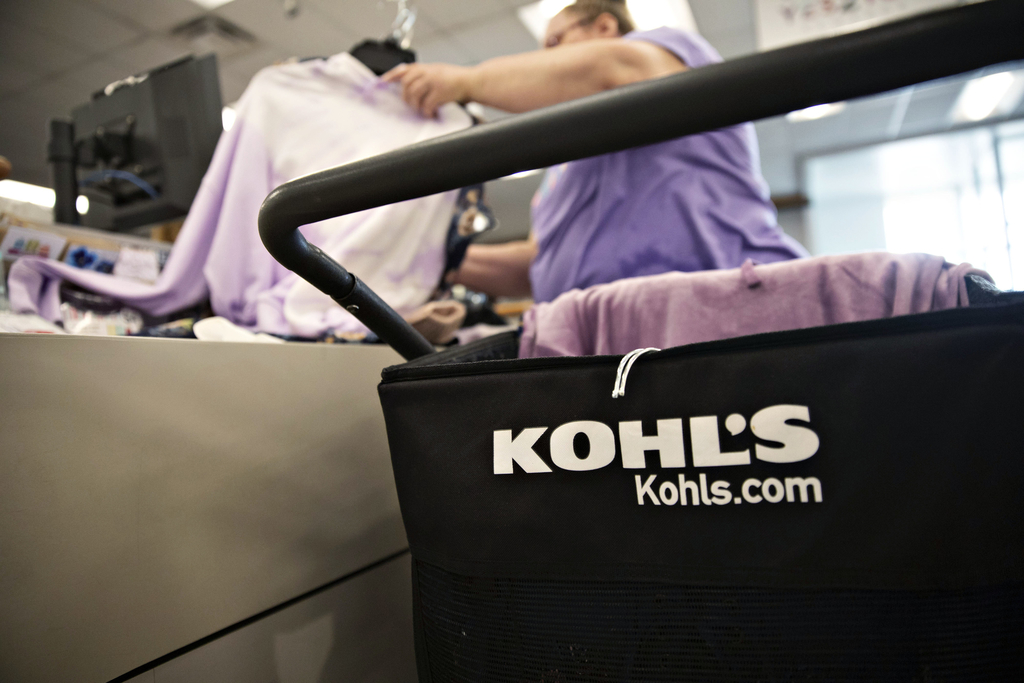 The optimism for department stores after Macy’s Inc.’s rosier report last week was short-lived, with J.C. Penney Co. and Kohl’s Corp. posting sales declines Tuesday that rattled the industry. Shares of both sank.

Same-store sales, a key gauge of retail success, missed projections at both chains, signaling the stores still have their work cut out for them as shoppers’ preferences evolve.

“Last year, shoppers were spending freely and were able and willing to make purchases of discretionary products. While demand has not dropped off a cliff, there has been a material tightening of conditions and sentiment this year,” Neil Saunders, managing director of GlobalData Retail, said in a note. “Some customers are buying less, others have cut out purchases entirely and this has resulted in much softer sales.”

The weaker-than-expected results come toward the end of what’s been a mixed period for the consumer sector. Retail giant Walmart Inc. last week posted its best first quarter in nine years, propped up by its booming grocery business. Home-improvement store Home Depot Inc. reported a murkier spring. Wall Street will get more data points on the strength of the sector this week, with Target Corp. reporting Wednesday and home-technology leader Best Buy Co. releasing results on Thursday.

Kohl’s slumped as much as 14 percent and J.C. Penney as much as 11 percent in New York Tuesday. Kohl’s had already dropped 5.2 percent this year through Monday’s close, while J.C. Penney had climbed 11 percent.

Investors will get another look at the health of department stores after markets close Tuesday, when Nordstrom Inc. will report quarterly results.

Macy’s "anomaly"
Macy’s is the “anomaly,” said Poonam Goyal, an analyst at Bloomberg Intelligence, having bucked the earlier assumption that the latest quarter would start off slow given the late Easter.

“The first quarter just had a lot of headwinds in place that Macy’s had weathered and Kohl’s wasn’t able to weather,” Goyal said. When Macy’s reported, “everyone just assumed that the negative Easter shift that we heard about all quarter maybe wasn’t as negative as everyone had thought,” But that proved not to be the case.

TJX Cos., which owns Marshalls and TJ Maxx, reported sales that topped projections, a sign consumers are still enticed by the chains’ treasure-hunt shopping experience.

J.C. Penney’s disappointing results ramp up the pressure on Chief Executive Officer Jill Soltau, who took the top job last fall, to reverse an extended sales slump. She has reshuffled senior management, filling her ranks with executives from retailers such as Macy’s, Target and Walmart. Her latest hire announced Tuesday is Shawn Gensch as chief customer officer, who will be in charge of finding ways to get shoppers in the door.

There’s a sense of urgency for J.C. Penney investors, as the company is saddled with nearly $4 billion of debt coming due before the end of 2024. The turnaround plan is still taking form, however, with Soltau saying the strategy will be shared with investors “in the coming months.”
Tariff Impact

The cloud of the U.S.-China trade war and the proposal from the Trump administration to place 25 percent tariffs on an additional $300 billion of goods including apparel also looms over the industry. Soltau said on Tuesday’s earnings call that J.C. Penney’s private label business could face a “meaningful impact” from the latest proposal. Kohl’s also has a significant private label business, which means more of its goods are sourced directly, Goyal said.

Kohl’s does have a potential bright spot ahead. The company is ramping up its tie-up with e-commerce giant Amazon.com Inc., and as of July will accept Amazon returns at all of its stores. The idea is customers will browse and buy something while making their returns.

“Kohl’s is still on the right path to drive sustainable longer term growth,” Goyal said, pointing to the partnership.

Kohl’s isn’t the only retailer embracing Amazon. Stein Mart Inc., an off-price chain selling apparel and home goods, said Tuesday it would install Amazon lockers in almost 200 of its stores. The news sent shares soaring as much as 38 percent to $1.30, the biggest intraday gain in more than a year.