YORK, Pa. (AdAge.com) -- Who said playing video games won't get you anywhere? It got Eric Hirshberg a new job. Mr. Hirshberg, co-CEO and chief creative officer of Deutsch, L.A., will join video-game publisher Activision Blizzard as CEO of Activision Publishing effective Sept. 7. In that role, he will oversee the creative and business operations of the Activision studio, including key areas such as product development and consumer marketing. 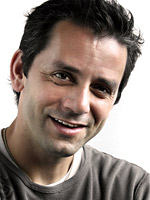 The jump from a top creative role to a CEO post is sure to be a big change of pace for Mr. Hirshberg, who's spent his entire career in ad land. He started at Deutsch, Los Angeles, in 1997, two years after its inception, alongside the office's now co-CEO Mike Sheldon. Prior to Deutsch, the UCLA graduate spent eight years at Fattal & Collins.

When asked why he is leaving now, when Deutsch, L.A., is a hot shop with great prospects inside a struggling-to-evolve industry, Mr. Hirshberg said the decision is completely personal, and not reflective of the agency or the ad industry in general. "It's a unique opportunity for a guy like me," he said. "It's a chance to take my creativity and the leadership skills I have and apply them to a new area that I'm very passionate about."

The loss of its chief creative rocks the 420-person office, which has long operated very independently from Deutsch's New York operation and has been on the up-and-up. Last fall, Deutsch, Los Angeles won arguably the most coveted pitch of the year when it took home creative duties for Volkswagen of America's $200 million account, which had previously been at Crispin Porter & Bogusky. Other clients of the Lowe & Partners Co. shop include Sony Playstation, HTC, Dr Pepper and Snapple, and DirecTV.

Linda Sawyer, CEO North America of Deutsch Inc., said in a statement: "We'll miss Eric's passion and dedication in delivering perfection in all he does and know that Activision will benefit greatly with him on board. Deutsch LA's leadership, with Mike at the helm and a team of top-notch lieutenants and smart, sharp creatives in place, will ensure it will be business as usual for our clients."

Bobby Kotick, Activision Blizzard CEO and president, who knew Mr. Hirshberg through his work on the Sony PlayStation 3 account, contacted him directly about the post. While Mr. Hirshberg said he was initially surprised, he quickly saw it as an "opportunity of a lifetime." 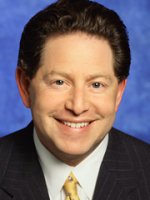 Bobby Kotick
During the nine-month search, it became clear that the company needed a person who played video games for the role. That is, someone who would choose to play games in his or her spare time instead of other entertainment like watching TV or movies. When recruiter Heidrick & Struggles brought top-caliber talent from companies even larger than Activision, Mr. Kotick said he would ask the candidates if they were gamers. And often the answer was that they played a little "Guitar Hero" here and there or that their children were avid gamers, but few who could claim gamer status themselves.

And so Mr. Hirshberg's gaming skills -- "Call of Duty," "Guitar Hero," "Madden" and "NBA 2K" are among his favorites -- along with his creative talent, operational skills, client management and understanding of passionate audiences, all contributed to Activision's choice.

Mr. Hirshberg will remain at Deutsch through the summer and will officially take on his new post at Activision in September. Both Messrs. Hirshberg and Kotick said a smooth and responsible transition for all parties is important to them. Mr. Kotick specifically pointed to Mr. Hirshberg's solid and long-standing relationship with Sony Computer and Entertainment America CEO Jack Tretton and Activision's vested interest in the PlayStation relationship.

"We've been married for 17 years -- which is I think one of the longest marriages in Los Angeles," Mr. Sheldon told Ad Age. "He's been a great friend and a great partner, and I think we built something really incredible over the last 13 years. So, with massively mixed emotions, I'm really proud to see him take his career to a new level."

Deutsch is launching a search immediately for Mr. Hirshberg's replacement. "We're going to look both internally and externally," Mr. Sheldon said, noting that the agency isn't in a rush to get someone new in before Mr. Hirshberg officially leaves. "Clients have been nothing but supportive," and "the good news is that we've got a strong infrastructure. It'll be tough, but without pain there is no growth."

Mr. Hirshberg isn't the only person from the marketing/ad world to head to the company; last year Activision installed former Macy's and Citibank marketer Brad Jakeman to oversee all marketing for the video game giant in a newly created role of chief creative officer.

Mr. Hirshberg's move follows the exit of another top industry creative, Alex Bogusky, from the ad business. It also adds to the list of vacancies in top creative slots at big agencies. WPP's JWT hasn't yet hired a North American chief creative officer to fill the role previously held by Ty Montague, and the New York offices of McCann and EuroRSCG are both searching for top creatives after the exits of Joyce King Thomas and Con Williamson, respectively. The latter replaced another big creative name, Gerry Graf, at Saatchi & Saatchi.