Disney+ just went live (and so did the streaming wars): Tuesday Wake-Up Call

Plus news on Google, Alibaba Group and WeWork
READ THIS NEXT
10 ways to virtually celebrate Martin Luther King, Jr. this holiday weekend 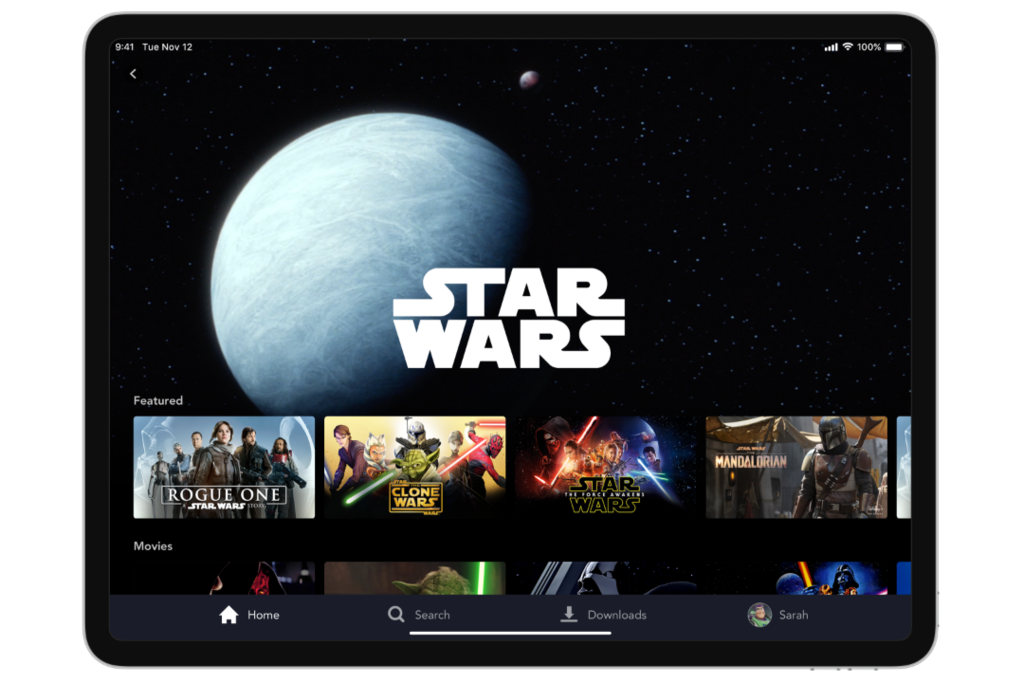 A whole new world of Disney
The Disney+ streaming service has launched in a few markets including the U.S., meaning if there are mass defections from the office this week, it may be that people are hiding out from this week's cold snap and staying in to binge-watch the original "Star Wars" trilogy.

Walt Disney Co.'s new video platform could be the biggest game-changer in streaming since Netflix. For $6.99 a month, subscribers get most "Star Wars" movies, many Marvel flicks, most of the Pixar and Disney animated canon, 30 seasons of “The Simpsons” and some moderately appealing original fare, including something called “High School Musical: The Musical: The Series.” (“WHAT KIND OF A TITLE HAS TWO COLONS IN IT?!?!?!?” someone asked on Twitter in all caps and with no colons.)

Like Apple TV+, which went live earlier this month, Disney+ is ad-free. In the run-up to the launch, though, it’s been blitzing the internet with ads for its service. “We're supporting the launch of Disney+ with an unprecedented marketing campaign drawing on every existing connection The Walt Disney Co. has with consumers,” CEO Bob Iger said in an earnings call last week. No kidding. As one person tweeted, “hey @disneyplus you can stop sending me targeted ads all across the internet ok I signed up weeks ago YOU ALREADY GOT ME."

‘Project Nightingale’
“Google is engaged with one of the U.S.’s largest health-care systems on a project to collect and crunch the detailed personal-health information of millions of people across 21 states,” The Wall Street Journal reports. For what is called “Project Nightingale,” the tech giant’s partner is Ascension, a Roman Catholic chain of hospitals and facilities. “Neither patients nor doctors have been notified,” The Journal says. Yet Google says the project complies with federal health law and protects patients’ information. Think about that the next time you do a search for your latest weird rash.

Creative comebacks for women
The dearth of women in advertising’s top creative roles is one of the industry’s biggest weaknesses. Now, “a program that helps female creative professionals get back into the workforce after extended leaves is coming to the U.S. for the first time,” Ad Age’s E.J. Schultz writes. Liquor giant Diageo is sponsoring the Creative Comeback program run by London-based Creative Equals, which oversees diversity training and accreditation programs. The program began in the U.K. to help women ease back into the workforce, for example after caring for children or elderly parents, and it’s coming to New York and Mumbai next year, Schultz writes. It starts with a training boot camp and is followed up by a four-week stint at an agency. In the U.K. this year, 58 women completed the program, with “the majority returning to the creative industries following completion,” Diageo says.

Just briefly:
Shop around the clock: Shoppers spent over $38.3 billion on purchases during Singles Day, Chinese internet giant Alibaba Group’s 24-hour shopping fest, a figure that was up 26 percent from last year. The New York Times, perhaps overwhelmed by the outrageous consumerism of it all, went with this headline: “Singles Day: Alibaba says a lot of people in China bought stuff online.”

‘Craft’ brews: Anheuser-Busch InBev, Budweiser’s parent company, “will buy the rest of Craft Brew Alliance that it does not own in a deal valuing the Portland-based brewing company at about $321 million,” Reuters reports. Craft Brew Alliance's brands include Kona Brewing Co. and Redhook Brewery.

Huh: WeWork is talking to T-Mobile U.S. CEO John Legere about possibly taking over leadership of the office-sharing startup, The Wall Street Journal reports. It adds: “There is no guarantee that Mr. Legere, who stands to receive a windfall if T-Mobile completes its proposed takeover of Sprint Corp. next year, would accept the position or that another candidate won’t emerge.” Let's see.

News from the company formerly known as Weight Watchers: WW, as it’s now called, is offering new members three different nutrition plans based on their habits and needs. “While members are generally excited for the plans, some are saying the program is dividing the current community, which has always been an important part of WW’s brand,” Ad Age’s Ilyse Liffreing writes.

Ad of the day: A new holiday ad from U.K. retailer Marks & Spencer is about jumpers (aka sweaters, in North American parlance), and it features people jumping around to the tune of “Jump Around,” the classic House of Pain tune. Got that? The ad, from creative agency Odd, tapped music video veteran Jake Nava, who directed Beyonce's "Single Ladies" video. Basically, as Ad Age’s Alexandra Jardine writes, the ad is a “delightful dancefest.” And the world needs more silly fun right now.

Ad Age Next: Publishing will be held Thursday in Manhattan, with speakers from New York Media, The New York Times, Essence, The Atlantic and more. They’ll talk about the challenges faced by content-makers and the marketers that partner with them. Learn more here.