Those Struggling to Increase Minority Head Counts Come in for Criticism
READ THIS NEXT
Facebook takes a swipe at Apple, says in-app fees hurt businesses during pandemic

NEW YORK (AdAge.com) -- It's not easy being a chief diversity officer. Some of the insults hurled at those taking the job have included "pimp," "Uncle Tom" and "window dressing." In fact, as the executives themselves note, having a thick skin and a healthy dose of perspective can be essential to the role.

"I don't see those individuals who say those things standing with me on the front lines," said Tiffany R. Warren, who recently left her position as a diversity executive at Havas-owned Arnold to take on the newly created role of chief diversity officer at Omnicom Group. "I'm literally on the front lines, and sometimes it's a lonely place. If there were more of me, maybe we could make more of a difference," she said.

The ad agencies who've hired diversity officers are likely praying that they do figure out a way to make a difference -- and quick. Civil-rights attorney Cyrus Mehri is knocking on the door, after all. Last month, he released research in partnership with the NAACP that is believed to be the groundwork for a race-discrimination suit against the ad industry.

Nancy Hill, president-CEO of the American Association of Advertising Agencies, said after reading the report: "The numbers speak for themselves."

Ask the companies that hired diversity officers -- only Interpublic and Omnicom have done so at the holding-company level -- and they say the fact that they have appointed chief diversity officers shows their commitment to improving diversity, a massive task that requires sweeping organizational and cultural changes. What's more, they say, these individuals are responsible for some measurable strides -- from rising awareness to rising numbers of minorities in agency ranks.

Making strides
Interpublic Group of Cos., for example, reported to the U.S. Equal Employment Opportunity Commission that between 2004 and 2007, it increased minority head count across various ethnic groups by 25% overall, and by 50% in terms of total "officials and managers."

Interpublic's U.S. head count during this period was essentially flat (up 1.5%, or less than 300 people), but it changed the composition of the work force to increase minority professionals and managers by more than 1,000 people. Beyond head count, it points to initiatives such as a two-year multicultural fellowship program, relationships with historically black colleges, minority job fairs, and linking executives' incentive compensation to how well it is meeting its diversity objectives.

But the self-reported improvements and the hiring of diversity officers don't convince critics. Industry observers have pegged such positions as a convenient way for agencies to run interference for criticism. Activist Sanford Moore has gone so far as to publicly label chief diversity officers at agencies and holding companies "pimps," who amount to nothing more than "window dressing."

"That type of position is certainly admirable, but it has to be in direct line with the rest of the corporate structure," said Jason Chambers, associate professor in the department of advertising at the University of Illinois at Urbana-Champaign, and author of "Madison Avenue and the Color Line: African-Americans in the Advertising Industry."

"Where are you in the organizational chart? Are you even on it? Who was your appointment made by? If your only role and responsibility is to be the company's face in the diversity issue of black enterprise ... what really are you accomplishing?"

A 'Band-aid'
In the business world at large, the percentage of folks in chief-diversity-officer roles is growing. More than 20% of the top 50 chief diversity officers report directly to the CEOs or are one-direct report removed, according to Diversity Inc. magazine.

In the case of Adland, chief diversity officer roles are "are a Band-aid over a gaping wound," said Luke Visconti, the magazine's co-founder.

"There is no question in my mind about why Cyrus Mehri is coming after the ad agencies," Mr. Visconti said, noting that ad shops have been absent from Diversity Inc.'s annual ranking of the top 50 most diverse companies, many of which, ironically, coincide with the top 50 advertisers in the country.

Talk to agencies and holding companies and they will concede there there's much work ahead to boost minorities in the ad business. Still, they are quick to defend themselves too, saying there has been measurable progress in the last few years.

"I feel good about what we have accomplished over the past five years," said Ms. Gardner. "I don't think anyone expects that we're going to go from having the gaps that we do today to closing them overnight. No other industry has done that. "

"We've still got a ways to go, but we're on the right path," said Sallie Mars, senior VP-director of creative services and director of diversity at Interpublic's biggest agency network, McCann Erickson. Ms. Mars also chairs the American Association of Advertising Agencies' diversity committee. In her diversity role, she reports to Marcio Moriera, vice chairman and chief human resources office of McCann Worldgroup. "Where we have made huge inroads are in the areas of awareness and commitment," Ms. Mars said.

Outreach
To that end, Ms. Mars has set up an "affinity group," dubbed Mc2 that's made up of about 75 McCann New York employees who enjoy and want to promote a multicultural workplace. Among other things, the group does community outreach, which largely entails hosting groups of New York City public-school kids for a day of exposure to working in an agency.

"Individuals of color today have so many more choices ... if there's not an affinity group or internal-networking group that might cause that person to go and look for opportunities elsewhere," said Ms. Warren, who said that attracting the talent is a challenge, but the bigger obstacle is keeping them in the ad business.

Another area she plans to work on is engaging mid- to senior-level executives in the diversity effort. While Omnicom is still working out the details of her newly created role, Ms. Warren reports to counsel. She adds, though, that she didn't have a direct report to the CEO at Arnold. Of the agencies targeted by the New York City Commission on Human Rights, Arnold was among those that met its hiring goals.

Ms. Warren acknowledges that there are entrenched problems in Adland, but says the entire ad industry doesn't deserve a black eye. If nothing else, she is convinced that as a black woman, she is proof that it is possible for minority talent to thrive in this business.

"I will never say this industry is racist because I have succeeded and been in this industry for 12 years," she said. "I came in making $22,000, and what got me through every sort of professional test is that I was so passionate about this business."

"I've seen a direct impact from the work I can do, and hopefully five years and 10 years from now I can look to those individuals I've mentored quietly ... and see that they have risen in this industry."

For 40 years Sanford Moore has been an advocate for racial parity on Madison Avenue, particularly for African-Americans. He's been a thorn in the side of the agency structure, a chief cheerleader of government attempts to intervene and a critic of other African-Americans whose methods he doesn't agree with. 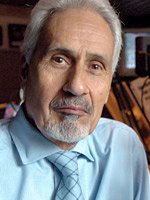 Sanford Moore
He started out at BBDO in 1969, and left the agency two years later to establish his own consulting firm, which specialized in ethnic marketing. In the late 1970s, he had a stint at Lockhart & Pettus, a black advertising agency. As an independent consultant in the three decades since, Mr. Moore's interest in civil rights has led him to work with Cesar Chavez and the United Farm Workers, as well as Walter Fauntroy and Nelson Mandela's African National Congress. His lobbying for African- Americans on Madison Avenue laid the groundwork for the Madison Avenue Project, a class-action lawsuit led by Cyrus Mehri and the NAACP. For the past 14 years, he has been a panelist on the KISS-FM radio show, "Week in Review" (where his radio personality is known as Charles W. Etheridge III).

Ad Age: How did the Madison Avenue Project come about?

Mr. Moore: I was introduced to Cyrus Mehri, and I presented the case and supporting documentation. He saw the injustice of the situation and agreed to undertake the effort.

One of the things that Cyrus does in his settlements is that he puts in place certain ongoing mechanisms that monitor where there's accountability from the top down to change the corporate culture from discrimination and exclusion. I'm not going to be here forever and unfortunately, if I hadn't gotten this done, Mad Ave would have gotten away scot-free.

Ad Age: What motivates you to take on the industry?

Mr. Moore: I've never liked bullies and I don't like mendacity and obfuscation. Madison Avenue is like a plantation where the slave owners, the heads of the holding companies, benefit from the labor and the profits generated by the slaves and sharecroppers. I'm not finished with them yet! Before it's over, Madison Avenue will pay the price for its historical discrimination.

Were it not for black consumer spending, many of the icons of the American marketplace would not enjoy the advantages and profits that they do. Black consumers are the profit margin for many of Madison Avenue's clients, yet Madison Avenue refuses to acknowledge and give the correct value and importance that these consumers play to the overall success of their clients.

Mr. Moore: Let's call them diversity parasites. They do nothing to help. If they do any good, where are the black executives in the organizations that they're hired to? Besides themselves, who else is there?

The diversity officers, I mean they're window dressing. They don't have power, they can't hire. But it's not just diversity officers. It's lawyers and diversity consultants and people that feed off of the exclusion to black people. It's like blood diamonds. These people profit off of the blood that black people have spent trying to break into and achieve success on Madison Avenue. They do nothing to help. They just get paid to run interference, to create meaningless dialogue.

Ad Age: What are you doing these days?

Mr. Moore: I collaborate with the Madison Avenue Project in developing the case. I also bring these issues to the public attention via the radio show that I do. I continue to advocate on behalf of African-Americans and their media with bodies like the New York City Council and also work to bringing this case before other governmental and regulatory bodies.

Ad Age: What keeps you going?

Mr. Moore: I do these things by myself. Nobody pays me. I don't ask for money. I'm not looking for a job. I'm only interested in the agencies and their clients doing the right thing. I'm interested in black institutions and black people getting parity for the economic contributions they make in terms of their consumer spending. I want to see them get their fair share.