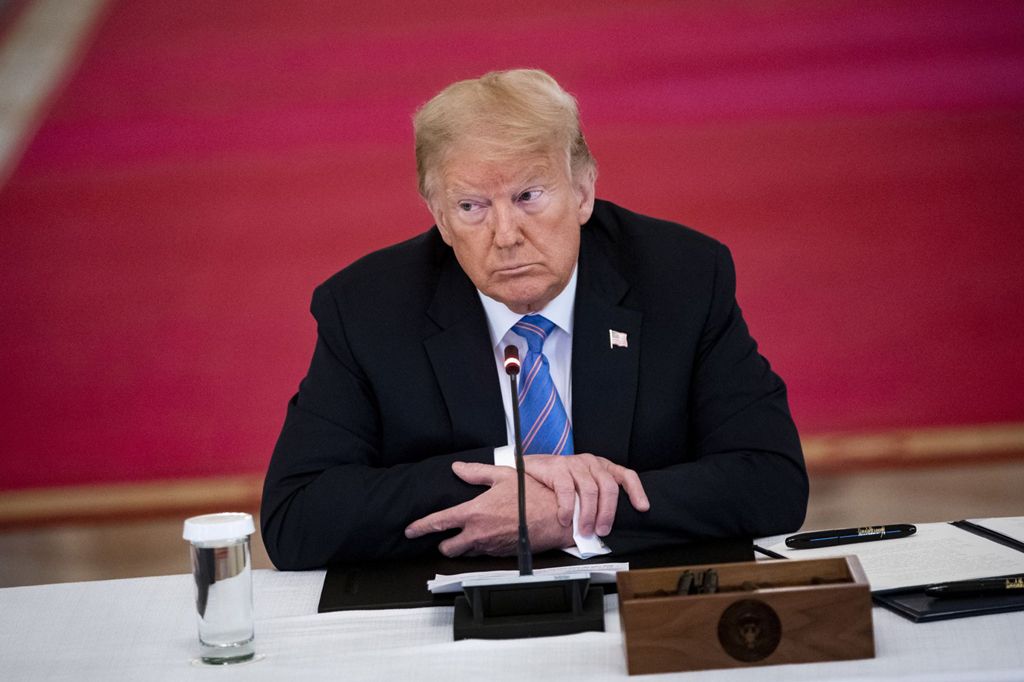 Civil liberties advocate Laura Murphy, who was hired by Facebook to review discrimination on the platform, said the company failed in May to apply its voter suppression rules to Trump’s inaccurate posts about mail-in ballots.

Murphy’s comments add to pressure on Facebook as it seeks to balance preventing problematic content from proliferating on its website while also taking a hands-off approach to political speech.

“I don’t agree with how they interpreted their own policies,” Murphy said in an interview. “I think the value of non-discrimination is equally as important as the value of free expression.”

Facebook on Wednesday released the final update of a highly-anticipated civil rights audit conducted by Murphy, a 20-year veteran of the American Civil Liberties Union, and a team at Relman Colfax PLLC, a law firm that handles anti-discrimination issues.

The auditors said they were “deeply concerned” about Facebook’s lack of action on Trump’s comments about mail-in ballots and ballot applications. The auditors cite a post by the president in which he threatened to withhold funds from Nevada because the state thinks it “can send out illegal vote by mail ballots, creating a great Voter Fraud scenario for the State and the U.S. They can’t!”

The report also questions Facebook’s decision to leave up separate posts by Trump in which he asserts Michigan illegally sent 7.7 million people absentee ballots and that California mailed a ballot to anyone living in the state. In fact, Michigan had only mailed ballot applications to residents’ homes, which Trump later corrected. Nevada had only mailed absentee ballots to registered voters in the state’s all-mail primary election and only registered voters in California could obtain a ballot.

“To the civil rights community, there was no question that these posts fell squarely within the prohibitions of Facebook’s voter interference policy,” the auditors wrote. “Facebook’s constrained reading of its policies was both astounding and deeply troubling for the precedents it seemed to set.”

Facebook has faced criticism in recent months over claims that the company has bended its policies to benefit Trump and other Republicans. In October, Zuckerberg gave a speech at Georgetown University extolling the platform’s fight to uphold free speech, which won praise from conservatives but scorn from civil rights advocates.

On Tuesday, Chief Operating Officer Sheryl Sandberg said that Facebook needs to “get better at finding and removing hateful content” but acknowledged it hadn’t heeded all of the civil rights advocates’ recommendations.

Later that day, civil rights organizations who met with Sandberg and Facebook Chief Executive Officer Mark Zuckerberg criticized the company for not taking seriously their demands to better police its service from hate speech and misinformation.

Sandberg, Zuckerberg, and Chief Product Officer Chris Cox spoke with leaders from the NAACP, the Anti-Defamation League and Color of Change after their organizations led an advertising boycott of the site that has swelled to include hundreds of companies. The Facebook executives also spoke with Vanita Gupta, President of The Leadership Conference on Civil and Human Rights, and NAACP Legal Defense and Educational Fund President Sherrilyn Ifill about voter suppression issues.

Last month, Gupta pressed Zuckerberg on the Nevada and Michigan posts but Zuckerberg told her Trump’s posts represented hard “edge cases,” Bloomberg has reported. Gupta said she disagreed and told him “at every turn you should be making the decision to weigh in favor of fair elections and protecting voting rights.”

Facebook announced last month it would attach a link to an election information hub to all posts that include information about voting.

Gupta said in an interview on Tuesday she requested a subsequent meeting with Zuckerberg and Sandberg and a larger number of civil rights groups who advised the auditors to discuss Murphy’s results.

The auditors interviewed more than 100 organizations, members of Congress and people from Facebook’s policy, product and enforcement teams. They reviewed grievances raised by the civil rights groups including allegations of discriminatory advertising, poor employee diversity, weak moderation of racist content and voter suppression on the site.

Facebook announced on Wednesday it would create a senior vice president position to develop and oversee the company’s civil rights accountability efforts. Facebook has yet to follow through on other recommendations from Murphy’s team including devoting more resources to study and prevent organized hate against Jews and Muslims and more concrete action to address algorithmic bias or discrimination, according to the auditors.

Facebook hired Murphy in 2018 after facing public pressure from civil rights groups who said the company was allowing hateful content to proliferate. The company also hired former Senator Jon Kyl and his team at the law firm Covington & Burling LLP to study how the platform treats right-leaning content after prominent conservatives accused Facebook of stifling their point of view.

In June 2019, Facebook announced that as part of the civil rights audit it would ban content that misrepresents requirements, methods or logistics about the upcoming 2020 U.S. census. Civil rights groups had argued that distortions about the population count could lead communities with large minority or immigrant populations to lose federal funding.

Facebook also expanded its policies to include prohibitions on posts that misrepresent logistics and methods about voting that qualifies as voter suppression, according to the audit.