NEW YORK (AdAge.com) -- Pizza Hut's ordering up a new agency, but it sure seems as if it's the marketer that's not delivering.

SIMPSON: Pizza Hut ads have been uninspired and featured B-listers.
The nation's leading pizza chain, faced with an 8% decline in same-store sales during its last quarter and what many believe will be gloomy results in an earnings report coming this week, threw into review its $200 million account. The blame-the-advertising strategy has been used by Pizza Hut in the past -- during its 22-year tenure at BBDO, New York, it put the business up for grabs several times when results went rocky, only to stay with the shop on each occasion.

But there's a more basic problem here beyond ads: Pizza Hut lavished so much attention on its new (and successful) pasta and wings products that some experts think its recent new pizzas -- an all-natural pizza and stuffed-crust pan pizza -- got lost in the messaging. The recession dinged its relatively high-priced, dinner-oriented menu. And it settled on -- or perhaps even encouraged -- uninspiring advertising featuring families sitting down to dinner or B-list celebrities (such as Donald Trump and Jessica Simpson) and diverted a big chunk of its pizza budget to the newer pasta initiatives.

"They came out with pasta last year and had a nice bump in sales, but over time you wouldn't expect the trend to continue; you have to go on to the next best thing," said Darren Tristano, exec VP at restaurant consultant Technomic. "As they get into winding down on a growth standpoint from pasta, it's kind of put them in that position. And if you're looking for someone to blame, why not blame the advertising agency that you pay? It's an easy way to point the finger."

For its part, Pizza Hut said it is seeking an agency to bring "innovative, consumer-insight led advertising," indicating it is looking for a shop that isn't solely creative, but that has the analytics capabilities to elevate the chain's marketing efforts beyond catchy TV ads (which are the hallmark of BBDO) to target and connect with Pizza Hut customers in novel ways beyond the boob tube.

Digital innovations
Under Brian Niccol, Pizza Hut's CMO of two years who is leading the review, Pizza Hut built industry-first ordering platforms for the iPhone and Facebook and sought a "Twintern" to communicate via social media, though Papa John's initially beat it into the e-commerce space and Domino's Pizza Tracker on Facebook generated more points for originality. Moreover, Pizza Hut's digital efforts have been somewhat ham-handed at times; for example, a recent attempt at viral video, a staged hissy fit by a supposed actor in one of its spots, was transparent and tepidly received. Pizza Hut's goal is $1 billion in online sales by 2012. 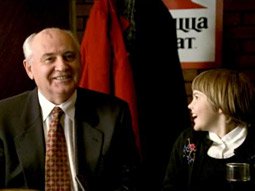 RBC Capital analyst Larry Miller describes Pizza Hut as the middle player, stuck between Domino's, which has solid footing on the value side of the category, and upstart Papa John's, which has been hammering away on quality. While Pizza Hut has made strides toward quality improvement -- with products like the Natural, with a multigrain crust and natural cheese and pepperoni ? its positioning is less clear. "Being in the middle is a tough place to be," said Mr. Miller.

It will be the job of the new agency to lift it out of that trough, as BBDO -- which originally said it would defend the business -- has since bowed out. Lee Ann Morgan and Partners is handling the review, which is now being jousted over by five contenders: Omnicom Group's Merkley & Partners; MDC Partners' Kirshenbaum Bond Senecal & Partners; Publicis Groupe's Saatchi & Saatchi; Interpublic Group of Cos.' Martin Agency and a team comprised of talent agency William Morris Endeavor and Momentum, a unit of Interpublic's McCann WorldGroup.