Exactly five years after its launch, Gilt is launching its first television campaign.

The online-sales site grew rapidly in its early years, in part fueled by the recession. A combination of value-conscious consumers and brands with extra inventory helped the site quickly attract a loyal following. Referrals and word of mouth have been the brand's bread and butter, supplemented in more recent years by display advertising and search marketing. Now, the e-commerce brand is ready to take things offline. 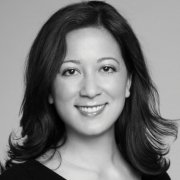 "We're just at a more mature point in our business. We sat down and said we need to have a marketing plan that looks at different mediums and looks at ways to build awareness," explained Elizabeth Francis, who became chief marketer in February. "When we took a look at the marketplace, it was just the perfect time for TV. We're a more mature business now. We have built out our product and product offerings."

Two 30-second spots [see below] will air nationally on cable networks, including HGTV, Oxygen, TLC, Style, Logo, E! and Lifetime. Berlin Cameron United is Gilt's creative agency, while OceanMedia is handling media. Ms. Francis declined to comment on the cost of the campaign. Gilt spent $16 million in 2011 on measured media, according to Kantar Media.

Gilt isn't the first of its competitive set to jump into the TV space. Earlier this year, Nordstrom-owned HauteLook began running TV ads. The flash-sale site invested a seven-figure sum in 15- and 30-second spots to run on cable networks. Groupon and Living Social have also run TV campaigns in the last year.

"It is just a sign of a level of maturity for our particular area, the flash [sale] space, and for e-commerce in general," Ms. Francis said. "The last 10 years companies like eBay and Overstock have done a great job. Just because we're an e-commerce company doesn't mean we can't advertise on TV."

One of the Gilt ads [below], titled "High Noon," mimics a Western duel with two women circling a pair of bedazzled pumps on a pedestal in the desert. The pair use their iPhones to see who can snag the sale first. It's a tongue-in-cheek way to highlight the fact that Gilt's sales begin at Noon Eastern Time . "Hopefully no one thinks we're taking ourselves seriously," said Ms. Francis, laughing. "It was important to us to include humor in the campaign."

The second spot [below] is more expected. Dubbed "Taxi," it shows a woman in a cab going through multiple outfit changes as she goes from day to night. As a tie-in to the campaign, Gilt plans to launch a sale featuring merchandise inspired by the commercials.

If the campaign, which is slated for an initial run of four to six weeks, performs well, Ms. Francis said both story lines introduced in the ads will be further developed. Gilt will be measuring new-membership growth, national brand awareness, site visitation and improvements in natural search to determine the success of the campaign.

"We believe this is an area we should invest in. Our budget has increased to include scaling TV," Ms. Francis said. "Whatever is working best for us, we'll swing dollars around accordingly. If we find it's more effective than display we'll move dollars around, or if we have an appetite for it, we'll increase the dollars."