The proposed deal amounts to a fraction of what the international fashion pioneer was once worth
READ THIS NEXT
Twitter, YouTube step up misinformation crackdown, and TikTok viral paint star has a new job: Wednesday Wake-Up Call 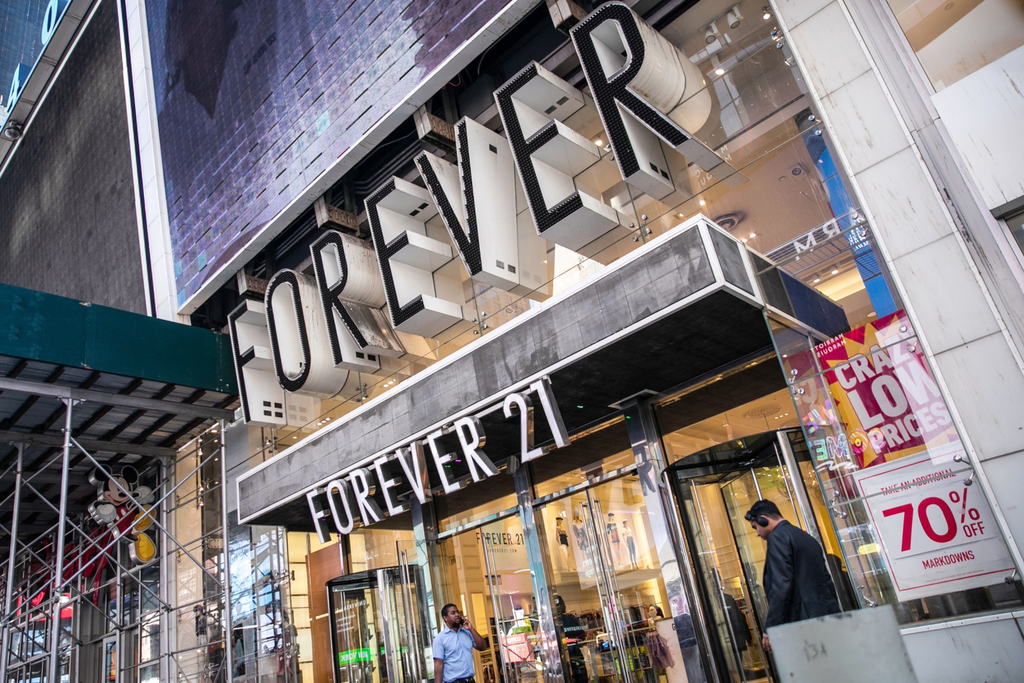 A group including two of Forever 21’s biggest landlords has offered to buy the bankrupt retailer for $81 million, a fraction of what the international fashion pioneer was once worth.

The consortium of Simon Property Group, Brookfield Property Partners and Authentic Brands Group is seeking to buy substantially all of the company’s assets, according to documents filed Sunday in federal bankruptcy court.

The so-called stalking-horse agreement sets a minimum price for a proposed auction later this month. If no other bidders step forward, the consortium would be declared the winner.

The agreement calls for a court hearing on the deal no later than Feb. 13 and court approval by Feb. 18, the documents show. The would-be buyers have the right to close and wind down certain stores and conduct going-out-of-business sales, according to the filing. They’re also entitled to a $4.65 million break-up fee under some circumstances if the sale isn’t completed.

Forever 21 had been in “substantial, round-the-clock negotiations” about the bid, the Los Angeles-based company said in documents filed last week.

Bloomberg News previously reported that Authentic Brands and Simon Property were mulling a plan to acquire the retail chain. Forever 21 was talking about selling a stake to Simon and its other largest landlord, Brookfield Property Partners, before it filed for bankruptcy in September, Bloomberg reported in September. Negotiations broke down and the company had to seek court protection without a reorganization plan in place.

The chain has since struggled to raise money to exit bankruptcy, with potential lenders and buyers balking because of poor sales and the founding Chang family’s insistence on maintaining control. Forever 21 recently told suppliers in a letter reviewed by Bloomberg that it’s short on cash and that it could be forced to liquidate if a buyer doesn’t emerge.

As part of the stalking-horse bid, the would-be buyers deposited almost $13.5 million in connection with the potential sale, and any competing bids would have to deposit 10 percent of the cash purchase price up front, according to court filings.