Bankrupt retailer says it will now keep open more than 60 of the 178 U.S. locations previously earmarked for closure 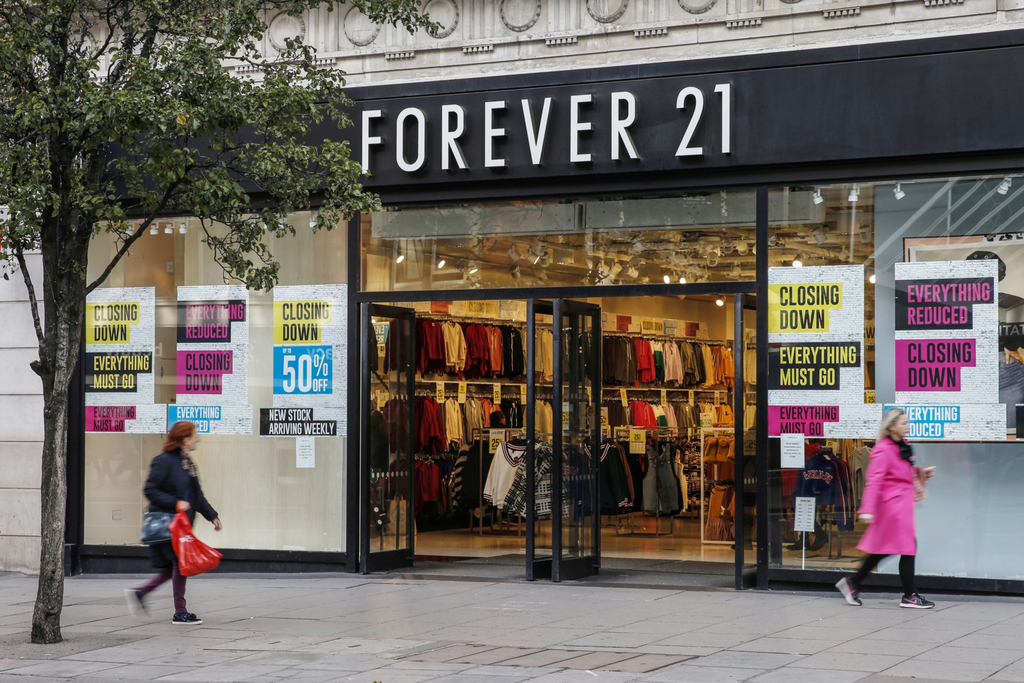 Closing down and sale signs sit in the widows of a Forever 21 Inc. store

Forever 21 will keep open more than 60 U.S. stores previously set to shutter as part of the company’s bankruptcy restructuring after the retailer secured rent concessions from its biggest landlords, according to people with knowledge of the situation.

It’s an early win for the fast-fashion company after it filed for Chapter 11 protection in September as talks with mall operators about a possible rescue broke down. The company had no plan for reorganization when it filed, and said it would close at least 178 U.S. stores and dozens more internationally as it worked toward a turnaround.

Forever 21 is now targeting about 111 closures, one of the people said, asking not to be identified because the negotiations are private. The ultimate number is still in flux, and the final count could change, said the people.

“Forever 21 was a top-10 tenant for most of the retail REITs we cover, so the landlords have been willing to be flexible about cutting deals,” said Jim Sullivan, an equity research analyst at BTIG who follows the commercial property industry.

One of the landlords offering up rent breaks was regional mall operator Macerich Co., which hosts 28 Forever 21 stores. Macerich Chief Executive Officer Tom O’Hern told investors during an earnings call Thursday that his company was holding weekly negotiations with Forever 21 regarding stores set to close later this year or early 2020. “There will be rent concessions on many of the other stores,” he said.

Forever 21 cited a disastrous international expansion effort as the primary factor behind its bankruptcy, saying in court documents that it was losing $10 million a month in Canada, Europe and Asia.

It also said moving quickly would be critical to a successful turnaround. Still, the company has offered no updates and hasn’t returned to court since its first-day hearing on Sept. 30. A subsequent hearing set for Oct. 28 was canceled.

While Forever 21 continues to seek ways to shed costs, the chain may need more than rent concessions to survive. It owed $244 million to vendors and millions of dollars more to landlords at the time of its Chapter 11 filing. It received only $75 million in new money as part of a financing package to take it through the court process, according to documents.