Friday Wake-Up Call: What's Next For Papa John's After Its CEO Steps Down? Plus, Apple's PR Blunder | Ad Age
Skip to main content
Sign In Register

Friday Wake-Up Call: What's Next For Papa John's After Its CEO Steps Down? Plus, Apple's PR Blunder

READ THIS NEXT
What Fernando Machado’s Activision move might mean for gaming, and KFC U.S. CMO exits: Friday Wake-Up Call 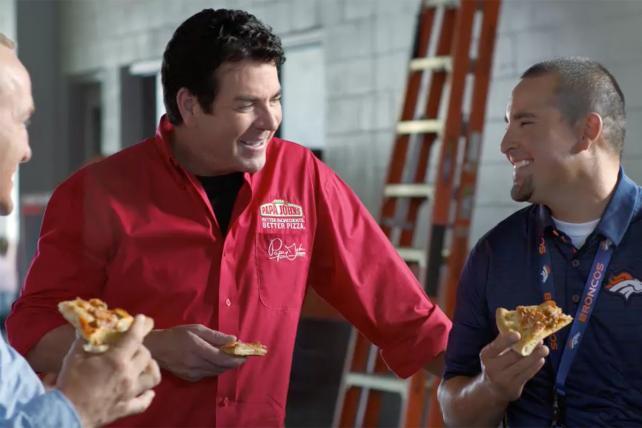 Welcome to Ad Age's Wake-Up Call, our daily roundup of advertising, marketing, media and digital-related news. You can get an audio version of this briefing on your Alexa device. Search for "Ad Age" under "Skills" in the Alexa app. What people are talking about today: Papa John's founder John Schnatter is stepping down after a turbulent month. Papa John's is an NFL sponsor, and Schnatter had stirred up controversy by blaming the league's handling of the anthem protests for poor pizza sales. Schnatter will stay on as chairman, but as of Jan. 1, Chief Operating Officer Steve Ritchie will be CEO. Ritchie is 43 and "started out as a Papa John's customer-service rep making $6 an hour in 1996," as Bloomberg News reports.

Ritchie told The Wall Street Journal: "Clearly all of the PR things have been quite a distraction. I want to put the focus back on our people and pizza." He wouldn't comment, though, on whether the NFL controversy played a role in Schnatter's departure, and far there haven't been any news reports explaining how things went down.

What's next: What does this means for the marketing of the U.S.' third-largest pizza chain? USA Today writes that "now Papa John's may decide to find a new pitchman besides Schnatter." USA Today quoted restaurant consultant John Gordon of the Pacific Management Consulting Group as saying, "He's in every ad. That's very CEO-centric marketing, which is pretty unusual these days. We'll see if he steps back from that." As of Jan. 1, Laundry Service will be Papa John's new creative agency of record, so that's also another chance for the brand to do something new.

Jimmy Choo's catcalling ad
Many people were mystified that, in this #MeToo era, Jimmy Choo ran an ad depicting Cara Delevingne walking down a New York street at night in a red sequin slip dress and getting catcalled. Some were also surprised that Delevingne had agreed to it. In the spot, when a man whistles at her and compliments her shoes, she smiles and keeps walking. (Watch it here.) Teen Vogue writes that the ad has been slammed on social media and adds: "Cara has been an activist for mental health, women and LGBTQ rights over the course of her career and participating (in) something that many feel is so obviously sexist is confusing."

Facebook defends itself
When companies place job ads on Facebook and target them to younger users, is that ageist? Non-profit news organization ProPublica and The New York Times just raised concerns about the issue, adding that Amazon, Verizon, Goldman Sachs and Facebook itself use that practice; ProPublica quotes an employment expert who says doing so is "blatantly unlawful." As Ad Age's Garett Sloane writes, Facebook says it's doing nothing wrong here. "These individual ads are part of broader-based recruitment efforts designed to reach all ages," Rob Goldman, VP of ads at Facebook, said in a post. He compares that to how it's "OK to run employment ads in magazines and on TV shows targeted at younger or older people." He says that some companies may be actively looking for retirees, for example.

Perhaps one reason that the New York Times-ProPublica report is getting traction is because it taps into the anxieties so many older workers feel. Silicon Valley, and quite a few industries, are youth-obsessed. Remember when Facebook's Mark Zuckerberg said in 2007 that "young people are just smarter"? The median age of a Facebook employee, according to data from Statista, is 28.
Also: Ad Age editor Brian Braker takes a look at "8 Inconvenient Truths We Learned About Facebook" in 2017.

Apple's PR Misstep
You're not imagining it. Apple just acknowledged that it has been intentionally slowing down older iPhones. It says it's doing that for good reason as older phones can sometimes suddenly shut down to protect components. There are a lot of people who suspect Apple does this to force people to upgrade, but the company says that's not the case. Apple is facing a backlash, and it's in large part a PR problem. As Variety writes, "The most-repeated point of criticism was that Apple could have done a better job explaining this to its users." The New York Times' lead consumer tech writer says that "because Apple was not transparent, it's natural for people to suspect it of deliberately crippling their devices to get them to buy new ones." Yes, Apple is generally brilliant at communicating its messages, but even Apple can screw things up.

Pushed out: Major League Baseball forced out Bob Bowman, president and CEO of MLB Advanced Media, according to The Wall Street Journal, which described "years of troubling workplace behavior." Ad Age's Anthony Crupi takes a look at the Bowman case, and at the case of an NFL exec who resigned after a report on his explicit Twitter chats with adult film stars and escorts.

Google: Eric Schmidt will step down as executive chairman of Alphabet's board of directors and become a technical advisor, CNBC says. He will remain on the board.

Un-Trumped: Check out a time-lapse video of the Trump brand name getting wiped from Trump SoHo late at night. Fast Company says the video was taken by the building's across-the-street neighbors, Adafruit Industries.

Sorry: Ford has apologized for sexual harassment at its Chicago factories, following a New York Times report that examined years of accusations. Read about it in The Times.

Out part 1: From Variety: Lionsgate TV says "The Royals" creator and showrunner Mark Schwahn has been fired after Variety reported on allegations of harassment while he was working on "One Tree Hill." He had been suspsended first.

Not out: The New York Times says it's not firing reporter Glenn Thrush after accusations of inappropriate sexual behavior detailed in a report by Vox; however, he will remain suspended until late next month, and when he returns he will no longer cover the White House.

Dilly dilly: As Ad Age's E.J. Schultz reports, Bud Light is releasing three new ads about its made-up medieval beer toast, "Dilly Dilly." And there will be a 60-second "Dilly Dilly" spot during the Super Bowl. Watch the brand's new ad about a wizard here, and read more by Schultz.