The future of esports lies in its coolness, say League of Legends leaders | Ad Age
Skip to main content

The future of esports lies in its coolness, say League of Legends leaders

After more than a decade on the market, the ever-popular PC game wants to help define the next 10 years of sports
READ THIS NEXT
10 ways to virtually celebrate Martin Luther King, Jr. this holiday weekend 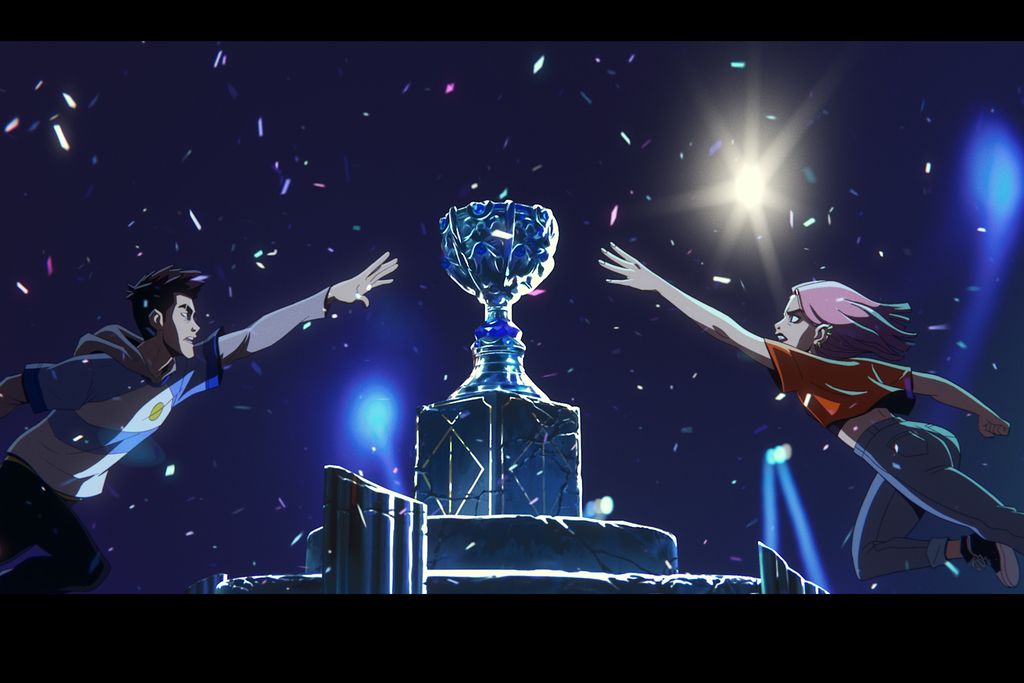 With the long-term viability of esports becoming increasingly obvious to both gamers and marketers, the team behind League of Legends, one of the world’s most popular PC games, is setting its sights on attracting new fans and cementing brand partnerships as it looks ahead to what’s next.

“We’re really incredibly proud of the past 10 years, and in the next 10 years we want to define the future of sport,” says Matthew Manarino, senior creative director of esports at Riot Games, the California-based developer that created League of Legends. “The old joke is, what if we drop the ‘E’ and were just a sport?”

Esports’ popularity is already on par with traditional sports; its tournaments boast 70% year-over-year increases in peak concurrent viewership, and the 2019 World Championship final had an average of 21.8 million viewers each minute.

To support League of Legends’ continued growth, Riot has moved to boost the approachability of its flagship product and its biggest event, the League of Legends World Championship, which is taking place through the end of October in Shanghai, China.

Known by that name since its inception in 2011, the game’s annual best-of-the-best tournament was abbreviated to just “Worlds” for the first time this year. Trimming the event’s mouthful of a title reinforces League of Legends’ propensity for shorthand—most fans refer to the game itself as “LoL”—and can make the event more welcoming to new audiences, Manarino says.

That, coupled with a shift away from potentially alienating “high fantasy” elements that have characterized its gameplay over the past few years, can make League of Legends, LoL Esports and its tournaments “more ownable and more cool,” he adds. “And I think younger audiences want to see something cooler.”

In recent years, esports has all but reached the mainstream, becoming as cool as anything else in an increasingly digital-reliant society. For League of Legends, that sustained growth in popularity has translated into making Worlds a global event that attracts tens of millions of unique viewers.

As early as 2016, LoL’s playoff-style event was attracting more viewers than the NBA Finals, and two years ago, esports—including League of Legends, along with four other non-violent titles—debuted as a demonstration event at the 2018 Asian Games. Some observers have even refused to rule out esports’ future inclusion at the Olympics.

Today, Worlds features a roster of heavyweight corporate sponsors that can rival even the most prestigious sporting events; Mercedes-Benz, Mastercard, Red Bull and Spotify are just a handful of the big names that have attached themselves to LoL for this year’s Worlds event.

If you didn’t know better you’d probably think this was a list of sponsors for the U.S. Open.

It’s actually a list of sponsors for the League of Legends World Championships.

“This year, more than ever before, we’re seeing partner and sponsor integration. We’re not big on just slapping a logo on,” says David Higdon, global head of communications of LoL Esports.

There were several sponsor brand placements in League of Legends’ signature music video, which Riot creates every year ahead of Worlds. This year’s custom anthem, “Take Over,” features a 2D, anime-inspired look that is graphically rendered with “lifestyle, street style and modern design” elements that are attractive to younger, hipper audiences.

Racking up more than 15 million views after just a few weeks on YouTube, the “Take Over” music video, which features A Day To Remember lead singer Jeremy McKinnon, can prove to be a solid investment for brands aiming to generate impressions.

And using “Take Over” as a mantra for Worlds’ marketing, Riot has also launched a series of championship-themed experiential ad components around Shanghai to engage the public, whether or not they’re existing fans of esports, including the placement of branded manhole covers and creating a LOL-inspired lighting installation to play on the exterior of the city’s tallest building.

The future of entertainment

When embedding ads and sponsor integrations in video games, “You’ve got to be respectful towards the gamer,” says James Draper, the founder and CEO of Bidstack, a U.K.-based platform that allows brands to programmatically buy in-game ad space.

He is keen to emphasize the importance of “natural” placement; putting a sportswear brand’s logo on the sidelines of a Madden or FIFA game, where it wouldn’t look out of place in the real world, for example. But given the breadth of popular titles, that organic placement isn’t always possible.

“Take League of Legends; you’re in a completely medieval, potion-driven, village-style warfare RPG,” he says, using a common acronym for role-playing game. “Sometimes you could argue it’s a bit odd to see a Mastercard advert in that environment.”

On the surface, League of Legends is not an esport that easily lends itself to native branding opportunities, but Draper notes that Riot Games is “sitting on a gold mine” with its most popular title. “They’re got to maximize the golden goose.” But LoL is not alone in its value to brands.

According to data analysis firm Statista, citing information from Comscore, IFPI and Newzoo, gaming was the most lucrative entertainment sector in 2019 hands-down. With a combined revenue of $145.7 billion, which encompasses PC, mobile and console gaming, it blew box office and music revenues out of the water, which stood at $42.5 and $20.2 billion, respectively.

“I think there’s this idea that the [esports] base doesn’t have to compete with each other. The big thing is gaining credibility for esports in general, and that is something we have to be united on,” Manarino says, calling the uplifting of competitors in the esports realm an “all boats rise” situation.

“We want to push our peers in esports. We think they’re going to be the next big thing for generations.”