Plus, Hallmark Channel CEO steps down following same-sex ad controversy and the Man Your Son Could Smell Like
READ THIS NEXT
Google to block political ads after election polls close 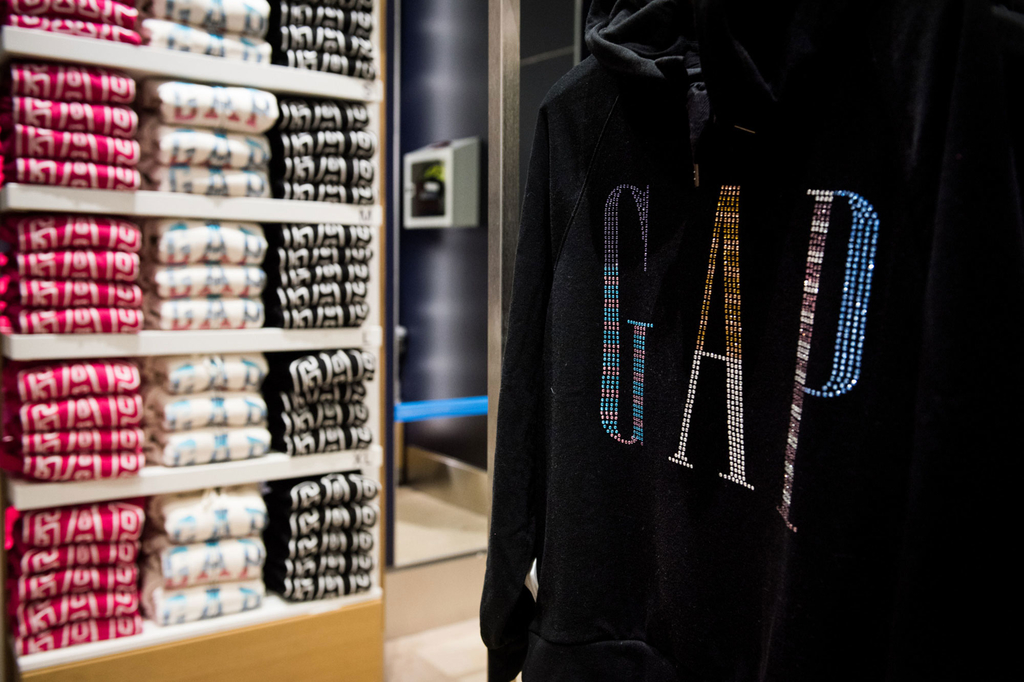 'The once-mighty Gap has had trouble finding a CMO that fits.'

Fallout at The Gap

The turmoil continues at Gap as Chief Marketing Officer Alegra O’Hare departs the beleaguered retailer after only 11 months. The move follows Gap’s decision last week not to spin off Old Navy into a separate company and the departure of Neil Fiske, president and CEO of the Gap brand. His exit follows that of Art Peck, CEO of Gap Inc., who left in November. Now, writes Adrianne Pasquarelli, the company is redefining the CMO role. “The once-mighty Gap has had trouble finding a CMO that fits. Five years ago, the company did away with the CMO position. A year later, the brand hired Craig Brommers, a marketing executive from competitor Abercrombie. After three years, he left and O’Hare took the marketing reins.” Industry watchers will no doubt be keeping an eye on Gap’s agency lineup in the wake of her departure.

Bill Abbott, the CEO of the Crown Family Media Networks, is stepping down after 11 years, the company said in a press release. While a reason was not specifically stated in the announcement, it comes not long after the controversy over Hallmark Channel pulling—and then reinstating—an ad for bridal registry Zola in December. The spot featuring a same-sex couple was yanked after One Million Moms claimed that the commercial furthered "the LGBT agenda." The resulting uproar on social media censuring the network for pulling the spot caused Hallmark to reconsider. According to Deadline, Abbott's departure is directly related to the flap. "Many people at the network expressed their preference for restoring the ad quickly, while Abbott went against their wishes and kept it off the air," Deadline writes. A Hallmark spokeswoman denies that is the case.

It might seem like the Old Spice guy should be too busy log-rolling and horseback riding to procreate, but guess again. Isaia Mustafa, better known as the Man Your Man Could Smell Like, is back, but this time with his “son.” Mustafa's return coincides with the 10th anniversary of the popular campaign from Wieden & Kennedy for the Procter & Gamble brand. Keith Powers, who acted in “Straight Outta Compton,” plays the progeny. In the initial spot, Mustafa tries to lure Powers into the family business, which seems to be smelling good while being cool. According to Jack Neff the pair will be “part of a substantial digital and brand integration push that also includes appearances on ABC’s ‘Good Morning America’ and ‘Jimmy Kimmel Live.'” Father and son will also visit Miami for Super Bowl week, and Mustafa will appear during Fox’s Super Bowl broadcast, Neff says. In case you’re wondering just how monstrous the decade-long Old Spice campaign has become in popular culture, check out Sesame Street’s delightful parody.

The Super Bowl teasers keep on coming, with Little Caesar’s and SodaStream the latest to drop some hints of what’s in store for the Big Game. Bill Nye the Science guy stars in a spot from Goodby Silverstein & Partners for SodaStream that indicates there may be life on Mars after all. (We’ll be interested to see if SodaStream, known for going after soft-drinks in prior Super Bowl ads, will make nice with Big Soda now that it’s owned by PepsiCo.) Super Bowl newbie Little Caesar’s has enlisted Rainn Wilson in a pitch for delivery; given his role as Dwight on “The Office,” we’d wager beets are his topping of choice. Creative will claim the chain offers “America’s Best Value, Delivered” and is the "best thing since sliced bread,” writes Jessica Wohl.

Funeral for a friend

Now that Mr. Peanut has shuffled off his mortal shell—Planters confirmed it has killed off the mascot in a pre-Super Bowl spot—the web has gone wild. The @MrPeanut Twitter feed, redubbed “The Estate of Mr. Peanut” has been inundated with condolences from brands like Oreo and Mr. Clean to BarkBox, Saugatuck Brewing and even PETA. Our favorite comes from Texas Roadhouse: "We've known (or consumed) millions of @MrPeanut's family and friends over the years. We are thinking of them at this time." The lovable legume’s untimely departure at age 104 has also spurred theories from the peanut gallery as to whether Planters may be playing a trick and has a resurrection in mind. But one thing’s for sure: This kind of hubbub is a hallmark of the ad’s creator, VaynerMedia, which loves to stir things up. Vayner, by the way, also has another spot in the game, this one for Hard Rock International that will be directed by Michael Bay, who also has a reputation for blowing things up in his films. Mr. Peanut's funeral will take place during the third quarter of the Super Bowl.

No easy money: Netflix is staying out of advertising, TechCrunch reports, citing remarks of CEO Reed Hastings during yesterday’s earnings call. “Google and Facebook and Amazon are tremendously powerful at online advertising because they’re integrating so much data from so many sources,” the publication quotes Hastings as saying. “There’s a business cost to that,” Hastings added. “There’s no easy money there.”