Goodbye to Amazon Dash buttons (did we ever really need them?): Friday Wake-Up Call | Ad Age
Skip to main content

Goodbye to Amazon Dash buttons (did we ever really need them?): Friday Wake-Up Call

Plus, news about Canada Goose, Pinterest and Sonic Drive-In 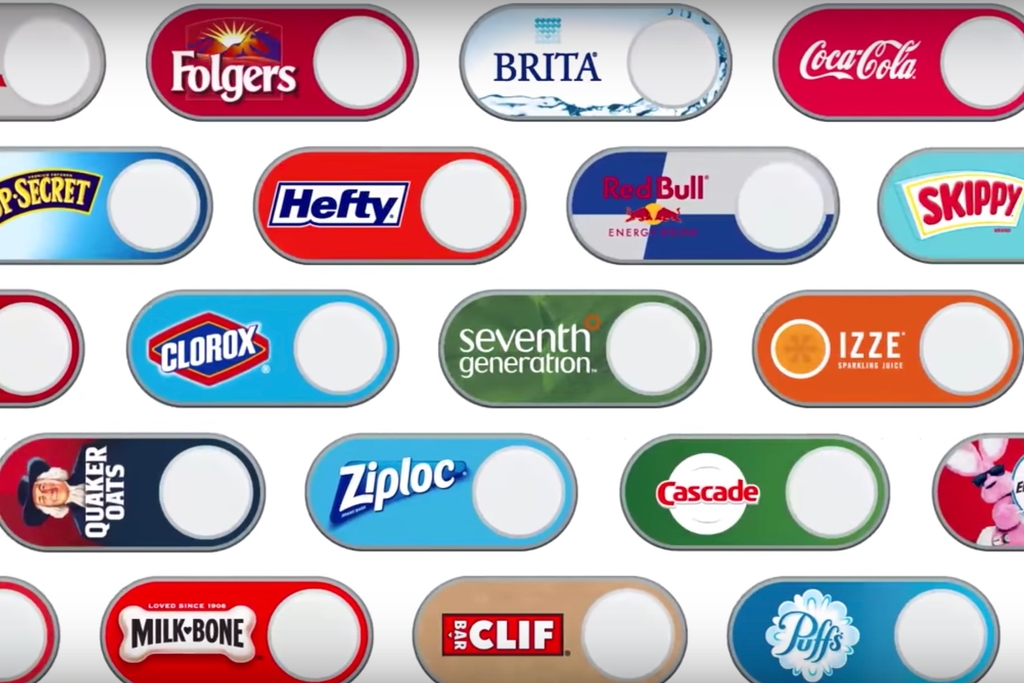 The end of Amazon Dash
Some people thought Amazon Dash was an April Fool’s Day joke when it was announced in 2015. It was an odd little gadget: a plastic button to press to order a specific product—Charmin toilet paper, say, or Arm & Hammer cat litter, or Doritos. Amazon was serious about Dash, but apparently it didn’t take off the way the company hoped. The company stopped selling them months ago, and now Amazon says all Dash buttons globally will stop working on Aug. 31, CNET reports.

So if you’ve got a Dash button, you’ve still got a few weeks to use it to stock up on Red Bull or Huggies. After that, maybe ask Alexa to order for you instead.

Phone farmers in America
Vice tracked down American “phone farmers” who set up dozens of smartphones in their garages or closets to run a small-scale, DIY form of ad fraud. The tricksters use the phone to run apps that give people incentive points for viewing content or ads. Vice reports:

“Rather than actually watch ads, these phone farmers use as many as a hundred phones and sometimes automate the process to make it seem like someone is watching the ads in order to generate income.”

Is it lucrative? Not really, especially since advertisers seem to be cracking down. One person Vice talked to runs a farm that makes about $200 a month, and another takes in $700-800 a month. Check out the photos here; the American phone farmers seem to have much more modest installations than the click farmers in Asia.

Canada Goose changes up its marketing language
Canada Goose, the maker of popular (and pricey) down parkas, has faced scrutiny from PETA and the Federal Trade Commission for the way it portrays its commitment to animal protection. Now, as Ad Age’s Adrianne Pasquarelli reports, the brand has dialed down claims of ethical treatment. For example, it no longer pledges to “ensure” its suppliers don’t engage in animal abuse, PETA says.

The FTC, which investigated Canada Goose earlier this year, says it decided not to take penalize the brand because it took “prompt corrective action," including removing certain ad claims. Canada Goose, meanwhile, denies it made any changes at the behest of regulators.

The revelations of the brand's marketing changes seem to have affected Canada Goose’s share price, which dropped 4.7 percent Thursday.

Just briefly:
Wins: Sonic Drive-In picked Mother to be its new creative agency, Ad Age’s Jessica Wohl writes. The current shop is Goodby Silverstein & Partners, which will work on the brand through the year’s end.

Something new: Check out the inaugural edition of Anthony Crupi’s weekly Ad Age Sports Media & Marketing Brief, which includes news about Pizza Hut slapping its name on a virtual stadium ahead of the Madden NFL 20 Championship Series.

Video of the day: Last year’s Ad Age Small Agency of the Year, BSSP, just handed off the trophy to the 2019 honoree, JohnXHannes. For the occasion, BSSP made a hilarious video; as Ad Age’s Ann-Christine Diaz writes, it “spoofs Nike’s celebrated ‘Jogger’ ad from 2012's ‘Find Your Greatness’ campaign, reworking the idea to highlight the noble struggles of small indie shops.” And also, the not-so-noble realities of indie agencies, such as “pitching anything that moves, hiring a shit ton of freelancers and being independent enough to lose money on any account you want.” Watch it here.