Greta Thunberg is Time's Person of the Year and Disney is accused over ‘Frozen 2’ promotional tweets: Thursday Wake-Up Call

Plus, the biggest food stories of 2019
READ THIS NEXT
Google to block political ads after election polls close 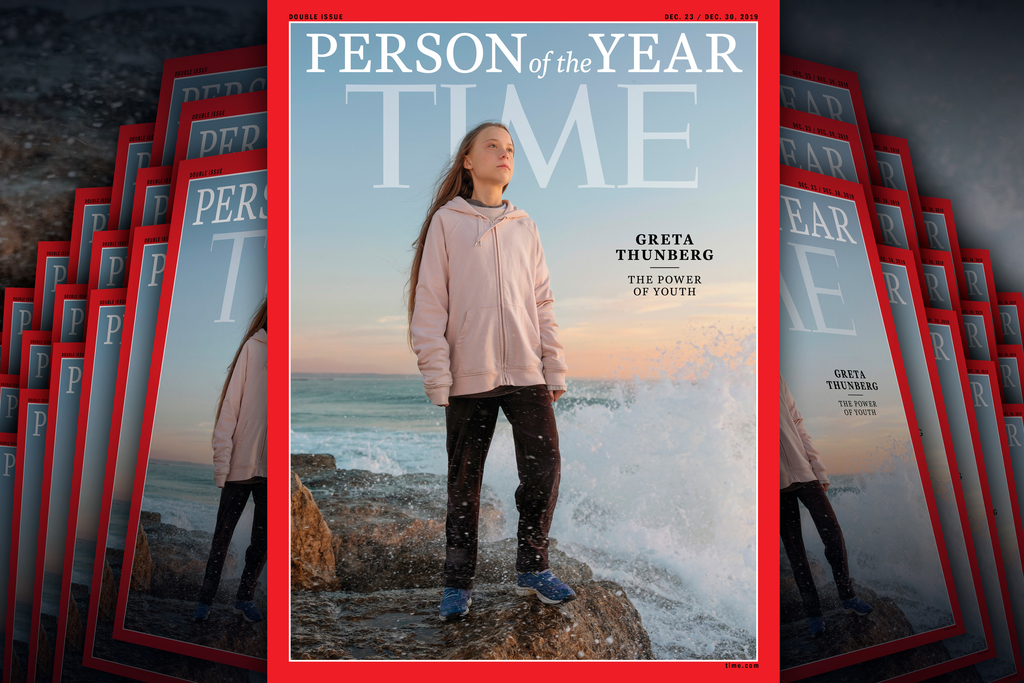 “She has addressed heads of state at the U.N., met with the Pope, sparred with the President of the United States and inspired 4 million people to join the global climate strike on September 20, 2019, in what was the largest climate demonstration in human history.”

Thunberg is a certainly an iconic, if divisive figure—and marketers could learn a thing or two from her attitude, according to an opinion piece by Publicis Worldwide Global Chief Creative Officer Bruno Bertelli. Writing in Ad Age this week, Bertelli says:

“In the absence of functioning governments, people want brands that act, help and do. They’re tired of powerful organizations that make empty promises and are instead looking for corporate action. It’s no longer enough for brands to just send their own messaging and wait for people to listen and act.”

Also: Time named the U.S. women’s soccer team (also an Ad Age 2019 Marketer of the Year) as its Athlete of the Year; Lizzo as Entertainer of the Year and Disney CEO Bob Iger as Businessperson of the Year.

Disney’s ‘Frozen 2’ promotional tweets
Disney has been forced to issue a statement over its promotion of “Frozen 2” on Twitter after several Japanese artists claimed they were instructed to hide that they were paid for their work.

In the latest example of companies blurring lines over paid influencer marketing, according to the Wall Street Journal,  an artist who publishes under the name Kosame Daizu said in a tweet that: “The agency that hired us for this campaign requested that we not label our work as a promotion.” Earlier he had tweeted a manga-style cartoon in featuring characters in “Frozen 2” and reviewing the movie favorably. Other artists involved in the campaign also apologized.

Disney yesterday issued a statement (in Japanese) acknowledging repeated cases in which artists were hired to promote Disney movies on social media without disclosure. And it’s not just about “Frozen 2”: some of the artists had earlier published cartoons on Twitter promoting Disney movies such as “Avengers: Endgame” and “Captain Marvel,” also without promotion disclaimers.

According to Disney, the problems were caused by failure to comply with internal marketing guidelines. Daizu hasn’t identified the agency that asked him to conceal the promotional nature of his work, but the Journal says Disney hired “multiple agencies” to help it promote “Frozen 2,” including a unit of Dentsu.

2019’s biggest food stories
The fried chicken sandwich feud on Twitter that followed Popeye’s $3.99 entrant was the biggest food story of the year, among a number of stories fueled by social media.

As Ad Age’s Jessica Wohl reports, the story was No. 1 in an annual survey by Hunter Public Relations, released today, in which 1,003 Americans were given a list of 20 food stories from November 2018 to October 2019. It's the first time in Hunter’s survey that social media-amplified news was the most memorable.

After the chicken sandwich brouahaha, the second most memorable food story was the infamous video of a woman licking Blue Bell ice cream and putting it back in the store freezer, which has been viewed more than 13 million times since June. Others include the popularity of the keto diet, bans on plastic straws and the recall of thousands of pounds of chicken.

Just briefly:
Promoted: JPMorgan Chase is elevating Chief Marketing Officer Kristin Lemkau to CEO of its U.S. wealth management business, reports Ad Age’s Adrianne Pasquarelli. Lemkau, who made Ad Age's list of top marketing executives in 2016 and 2017, will be in charge of a business with combined assets of $400 billion.

Stepping down: Eric Salama, the CEO of Kantar, is stepping down after being injured in a knife attack in London earlier this year, reports The Financial Times. Salama said his experience “really makes you reflect on what you want to do over the next few years.”

In-housing: Walmart's Sam’s Club has agreed to acquire proprietary technology and much of the team that works on its account from WPP’s Triad for undisclosed terms, writes Ad Age’s Jack Neff. Triad’s relationship with Sam’s Club goes back to 2007.

U.K. election: The U.K. heads to the polls today in one of the most divisive elections in its history. To find out if Boris Johnson will win and “get Brexit done,” with many implications for the creative industries, stay tuned for tomorrow’s Wake-Up Call. Meanwhile, the Guardian has a roundup of some of the lighter-hearted pictorial moments from the five-week campaign.

Campaign of the Day: Marvel’s Avengers, Arya Stark from “Game of Thrones” and Megan Rapinoe are among the “heroes” celebrated in Google’s “Year in Search” video wrapup of the year. As Ad Age’s Ann-Christine Diaz reports, in the “decidedly hopeful” film, it “shines a light on both famous and little-known folks who made the world a better, or more exciting, place over the last 12 months.” Watch it here.

The final deadline is approaching to enter the Ad Age A-List awards: Entries must be in by Dec. 19. Find out how to enter here.