How to Grow Without Wal-Mart? | Ad Age
Skip to main content

How to Grow Without Wal-Mart?

Package-Goods Players Turn to Supermarkets as Giant Slows Expansion
READ THIS NEXT
Quibi calls it quits, and a final presidential debate looms: Thursday Wake-Up Call
Although it gets 26% of its sales from Wal-Mart, Clorox CEO Don Knauss said his company gets a third of its volume and a higher share of its profit from the supermarket channel.
Credit:

BATAVIA, Ohio (AdAge.com) -- Wal-Mart stores' decision to scale back its ambitious U.S. expansion plans has package-goods marketers pondering what they will do in a world in which the Bentonville behemoth no longer provides the most obvious source of sales growth. And that has some marketers turning for growth to a channel seemingly consigned to the retail dustbin: supermarkets. 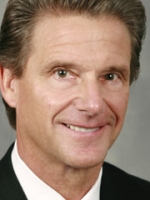 Although it gets 26% of its sales from Wal-Mart, Clorox CEO Don Knauss said his company gets a third of its volume and a higher share of its profit from the supermarket channel.
To be sure, the Wal-Mart story is far from finished. Even with its expansion plans slashed 25%, Wal-Mart will still be adding about 200 supercenters a year. It still has more than 4,000 stores, and even a wobbly Wal-Mart provided more gross sales growth last year than its three nearest rivals -- Costco, Target and Kroger Co. -- combined.

Wal-Mart has also made clear that its goal is to increase same-store sales by decreasing cannibalization from new stores. "Let's not lose sight of the fact that Wal-Mart still has one of the most robust expansion programs around," a Wal-Mart spokesman said.

Fears
Yet package-goods marketers fret that a slowing Wal-Mart will act a lot more like a slowing supermarket sector did starting in the 1970s -- sourcing profit growth primarily via supplier transactions rather than through increased sales to consumers.

Deutsche Bank analyst William Schmitz noted that despite its power buying, Wal-Mart has tended to be the most profitable account for package-goods marketers. He warned that adopting the supermarket strategy of wringing more funds from suppliers could drain consumer-marketing funds.

Not all agree. "That Wal-Mart is slowing is a fact," said Sanford C. Bernstein analyst Ali Dibadj. "But it's not as bad as it seems [for package-goods marketers]."

He said Wal-Mart would be hard-pressed -- and potentially unwise -- to pressure supplier margins to make up for any growth deficit. As with supermarkets, that could end up just intensifying the desire of marketers to shift attention and funding to other accounts.

Already under way?
Yet Burt Flickinger, principal at consulting firm Strategic Resource Group, said he believes that is already happening. He said consumer-package-goods marketers are complaining that Wal-Mart is asking "for more and more people, money and resources than performance warrants." And he thinks some of the industry's savviest players, in particular Procter & Gamble Co. and PepsiCo, already have shifted their strategies toward faster-growing or higher-potential accounts such as drug chains, Costco, Target and some faster-growing regional supermarkets.

P&G has repeatedly denied that its new "go-to-market" trade-marketing strategy, implemented in January, aims to shift focus away from Wal-Mart and said its historic relationship with the retailer remains as strong as ever. Its executives, moreover, have gone to great lengths to appear jointly with their Wal-Mart counterparts in industry forums in recent months.

P&G Chief Operating Officer Robert McDonald said in December that P&G wants to bring its market shares at chain drug stores up to the levels it has with mass merchandisers, predominantly Wal-Mart.

Attention elsewhere
Intentional or not, P&G has, through acquisitions and growth in emerging markets, driven its share of sales from Wal-Mart down to 15% from 18% the past four years.

Even Clorox Co., which gets 26% of its sales from Wal-Mart, seems to be paying more attention to other retailers, specifically supermarkets.

Speaking to analysts May 24, CEO Don Knauss said Clorox gets a third of its volume and a higher share of its profit from the supermarket channel -- but has been losing share among its top 25 supermarket accounts, a trend he intends to reverse by putting more marketing and promotion effort there.

Supermarkets, he said, "are getting more competitive as they move forward. They're not giving up that center-of-the-store to Wal-Mart. We think there's a lot of room for growth there."

Fragmentation challenge
The downside of all this is that package-goods players will end up chasing growth in a more fragmented retail marketplace. Wal-Mart Stores' consolidation of U.S. retailing for years served as a counterweight to media fragmentation -- providing a relatively easy way for marketers to make their numbers if they could deliver at Wal-Mart.

That's much less true now, said Mr. Flickinger, who is putting his money where his mouth is as a participant in a private-equity group seeking to buy the Tops supermarket chain from Ahold.

Ken Harris, managing director of WPP Group's Cannondale Associates, said Wal-Mart's slowing won't shift marketing attention away from the retailer -- and could even increase it. "Just because Wal-Mart is slowing doesn't mean manufacturers have any less interest in wanting to assist Wal-Mart," he said. "In fact, [Wal-Mart] is more amenable to opportunities to work with manufacturers."

And there is one potential positive for package-goods marketers, Mr. Dibadj said: Wal-Mart's growing focus on same-store sales appears to be lessening its pressure to cut prices.