That ABC-TV special about 20 years of People magazine is on tonight.

Jeff Gundersen is the new exec VP of MarketSource Communications, a sales promotion, direct marketing and communications firm in Cranbury, N.J. He'd been with a Y&R subsidiary, Wunderman Cato Johnson.

Over at Wenner Media (Rolling Stone and all that) they pro-moted Valerie Wasserman to promotion director.

So now it's the former Treasurer of the United States (her name is on the damned money!) who's been stealing from us. A Republican this time. I think they take turns.

Pretty good New York mag profile of Architectural Digest power Paige Rense, by Amanda Vaill. But, tut, tut, to call Paige (as they do on contents page) a "social moth"? When we all know just who the real "social moth" is and who named him so.

Powerful New York Daily News column by Juan Gonzalez about a cabby riot by Muslims and Sikh Yellow Cab drivers "over a lousy $25 ticket" in which six drivers were arrested and five cops injured. Sort of tells you how thin the fabric of civility in big cities is stretched.

Fascinating Allure feature on various make-overs for Isabella Rossellini. Not that Isabella, a real honey, needed making over.

Malcolm would be proud. People dropped by various Forbes museums last year at a record pace. Some 64,000 folks visited the Forbes Magazine Galleries in Manhattan, 15,000 the Balloon Museum in Normandy and 75,000 the Museum of Military Miniatures in Tangier (that means toy soldiers, and they're nifty!).

Fox Television's Steve Dunleavy was at his most marvelous on the Charlie Rose show the other night. In a discussion of tabloid journalism, the redoubtable Dunleavy lashed out at what he called "panty-waisted liberal Nazis!" Which sort of covers everybody in his pantheon of rascals.

Can't wait to dig into this new Roone Arledge bio by Marc Gunther, "The House That Roone Built," all about ABC News. Pub date's this Thursday. I believe Diane Sawyer offered to pay for the book party.

Firehouse Films, the Manhattan and New Rochelle, N.Y., production house, added Scott Carlson and Tom Godici, former Deutsch/Dworin art directors (their firm name is SCOTTNTOM) to the Firehouse lineup. Scott and Tom met during a street hockey game of ad execs in a SoHo park. And don't so many of us meet that way.

Bizarre publisher's letter by Heather Cohane in Quest, the New York area real estate mag, about what a ladies' man her late husband, Jack Cohane, had been. Mr. Cohane, former treasurer of SSC&B, told Heather that from the time he left Yale to meeting her, "he had probably been to bed with 1,000 women."

Janice Grossman says Seventeen gets a big jump in April with ad pages up from 73 last year to 95 pages this time.

"A lot of people were amused by my short-lived career as a car salesman," admits Roger Tremblay, who has bounced back from a series of misfortunes to resume a place in the magazine publishing world.

Mr. Tremblay, 45, spent some time late last month savoring the premiere issue of Houston Life, a 172-page independent magazine distributed in The Houston Post (AA, Sept. 29). As associate publisher of Houston Life, he has gotten the upscale monthly off to a roaring start with more than 70 pages of advertising.

Unem ployed a year ago, he took up a friend on an offer to work at Ron Carter Auto land in Alvin, Texas, selling Cadillacs and even an occasional pickup truck.

"I wasn't a very good car salesman," he says. "In fact, I was awful. Even though I wasn't particularly successful, it was sort of fun. On Saturdays, I'd put on the jeans, the polo shirt with the Ron Carter symbol and sell pickups to bubba. That will make you humble."

What it did do was to make Mr. Tremblay set on getting back into the ad sales side of the business, where he started in 1971 with The Wall Street Journal. After three years, he moved on to Southern Living as district ad manager and later became regional ad manager of the Dallas office.

By 1982, he had joined Texas Monthly as Southwestern ad manager and later moved up to associate publisher-ad director. In 1987, Mr. Tremblay became publisher of Chicago, where he spent three years before returning to Texas, this time Houston, to become publisher of Houston Metropolitan Magazine.

Then life took a difficult turn.

Mr. Tremblay was forced to resign in 1992 after a former editor filed a sexual harassment suit-later resolved out of court-against him and Communications International, the magazine's former owner.

He weathered the difficult time with the help of friends, colleagues and Gayle, his wife of nearly six months. He decided to stay in Texas and get on with his life.

After his departure, Mr. Tremblay quickly landed a job in town as publisher of L'Entree, an upscale lifestyle magazine. But a non-compete clause in the contract with his former employer forced him to leave after a mere 31/2 months.

By last April, Mr. Tremblay was down in Alvin selling cars.

"I felt I had hit the bottom of the barrel on days when it was hot and sweaty and working 15 hours and not selling a car," he recalls with surprising amusement.

Luckily, his old friend Mark Inabnit, who in the early 1970s created the weekly Houston Business Journal and in 1985 started European Travel & Life, which was later sold to Rupert Murdoch, was about to launch Gulf Breeze Associates. He hired Mr. Tremblay as VP.

In an ironic twist, the start-up company in September bought Houston Metropolitan, the same magazine that had forced Mr. Tremblay out, from Metro Networks President David Saperstein. For Mr. Inabnit, it was a full circle in buying the magazine he founded in the 1970s as Houston Home & Garden and sold in 1983.

Mr. Tremblay welcomes a hectic workday, starting with a four- or five-mile run before logging 12 hours at Houston Life. Then there's the frequent entertaining with his wife, who's manager of Neiman Marcus at Houston's Galleria.

Upon reflection, Mr. Tremblay says after thrice being a publisher, now he's "happy as a clam" doing what he really likes: selling ads.

Anyway, that time at Ron Carter Autoland paid off.

"Now, when I go to automobile accounts, I find I really speak their language," he says with characteristic good humor.M

Konen Suzuki is traveling down a different road than he imagined when he joined the then-modest Toyota Motor Sales Co. 32 years ago.

Now at the helm of not only a rival but a non-Japanese one, Mr. Suzuki, 55, is steering Ford Japan to a leadership position among auto importers at a timewhen foreign cars are starting to capture the hearts and pocketbooks of the Japanese.

Imports account for only about 3% of auto sales in Japan, but that percentage could rise if the Japanese government gives in to U.S. pressure to ease trade barriers.

In his three years as Ford Japan president, Mr. Suzuki has been laying the groundwork for expansion, primarily by improving distribution. Then last month, Ford started running a very unusual, primarily TV campaign handled by J. Walter Thompson Japan and Dentsu, both Tokyo. The goal is to make the Japanese comfortable with the relatively unfamiliar Ford nameplate; each spot ends with a real customer saying, "This is my first Ford."

Mr. Suzuki will also oversee the mid-May reintroduction of the Mustang after a 10-year absence. In 1993, Ford sold about 5,000 autos in Japan, about double the previous year. For '94, Mr. Suzuki wants to triple that figure.

Mr. Suzuki joined Toyota in 1962, fresh out of Tokyo University. At the time, Toyota produced about 17,000 vehicles annually, a tiny percentage of today's 4.4 million. Mr. Suzuki was dispatched to the U.S. to learn car advertising. He recalls: "No one in Japan, not even in the advertising agencies, knew much about advertising cars in those days."

The following year, Mr. Suzuki returned to Japan as an assistant section manager in marketing. Soon, he faced his first challenge. Toyota's main seller was the Crown Salon CX, a favorite of corporate executives and government officials. Mr. Suzuki's job was to woo ordinary consumers while retaining loyal customers. He had the car produced in white, to contrast with the black favored for official use, and an nounced the new color in a simple, multi media campaign. Toyota's market share in Japan jumped from 42% to an all-time high of 70% within three years.

By 1972, as senior executive coordinator for sales and marketing at Toyota's U.S. unit, Mr. Suzuki tapped Dancer Fitzgerald Sample, New York. The agency, since merged into Saatchi & Saatchi, helped take a car with an image of cheap price and cheap quality to one of high quality at a reasonable price. In his nine-year watch, Toyota's U.S. sales tripled to about 600,000.

Mr. Suzuki returned to Japan in 1981 but, despite promotions, missed the hands-on roles of earlier posts. He re signed in 1989 to join a major Toyota dealership as senior managing director. Two years later, Ford Japan beckoned.

"I felt-even when I was at Toyota-there should be a big opportunity for U.S. manufacturers if they did the right thing," Mr. Suzuki says. "U.S. autos had been improving steadily and are now very good. But neither the consumer nor the U.S. manufacturers themselves had actually realized this."

So Mr. Suzuki came on board, trading in his Toyota Crown for a Lincoln Continental.M

James Brady
View all articles by this author 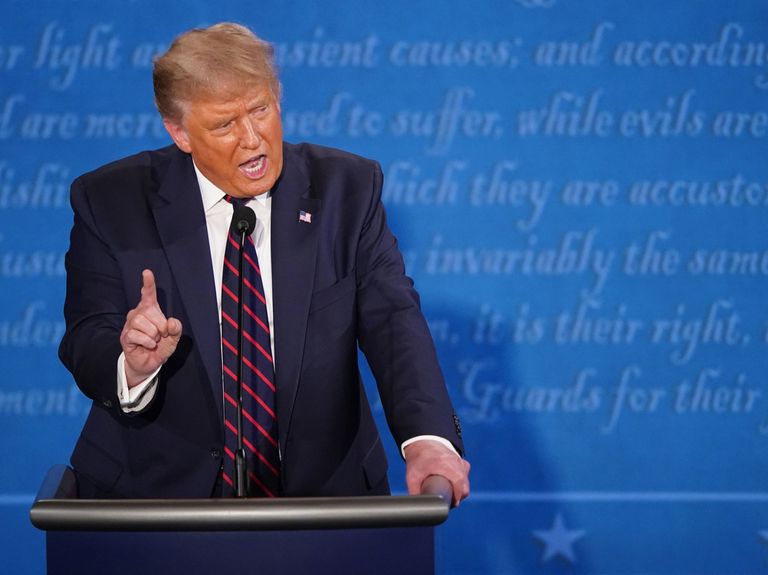