CHICAGO (AdAge.com) -- Heineken USA is tapping a candy marketer at Kraft Foods as its new chief marketing officer, as the nation's No. 2 beer importer seeks to rejuvenate its flagship brands. 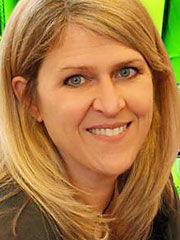 Lesya Lysyj, a 20-year marketing veteran with extensive consumer packaged goods experience, will start on Feb. 28. She replaces Christian McMahan, who resigned at the end of last year. Ms. Lysyj most recently served as Kraft's VP-marketing for confectionary in the U.S., managing brands such as Halls and Trident, which Kraft assumed when it acquired British company Cadbury in 2010.

Ms. Lysyj was a Cadbury marketer before the merger and her departure from Kraft marks yet another exit of a legacy Cadbury employee. The departures have included Cadbury's CEO and chief financial officer -- moves that have raised questions among some analysts about Kraft's ability to absorb the company while losing so much institutional knowledge.

"As high-profile executives depart, it places further pressure and risk on Kraft to really garner the intended value of the deal," said Morningstar analyst Erin Swanson.

At Kraft, Ms. Lysyj led the "confectionary leadership team," whose responsibilities included "effectively transition[ing] the Cadbury team into the Kraft organization," according to a Heineken USA statement. As part of her role, she made decisions on inventory management and sales priorities.

At Heineken, Ms. Lysyj will oversee brands including the namesake Heineken Lager, whose sales were slumping as Mr. McMahan resigned. The brand has shown some signs of recovery, however, with volume sales finishing 2010 down only 3.3% compared with 2008 -- and better than the 8.5% drop in 2009, according to Heineken USA. The importer's Dos Equis brand has fared much better, fueled by the successful "Most Interesting Man in the World" campaign.

Heineken USA said Ms. Lysyj will be charged with "ensuring that the company effectively engages with its adult consumers at all touch points," including social media.

The agency for the Heineken and Dos Equis brands is Euro RSCG, which is expected to launch a new campaign for Heineken in the spring that is likely to include elements of Heineken International's newly launched global campaign, by Wieden & Kennedy, Amsterdam. The campaign, the brewer's first global effort in five years, makes use of a video called "The Entrance," which gained popularity on the internet and features a man charming his way into a party with over-the-top greetings.

Although Ms. Lysyj's most recent experience is in candy, she should not have a hard time adjusting to the beer business, said one analyst.

"The beer and spirits marketing industry, like any lifestyle-driven product category, looks for the best marketers bar none," said Chris Gretchko, a marketing consultant and former brand manager for Constellation Spirits. "It isn't as important that their new marketing leader comes from confections as much as it is that she is a great marketer in her own right."

Heineken USA cited Ms. Lysyj's work on the Stride gum brand, which features slick packaging and cutting-edge flavors such as "citrus to mint."

A native of Canada, Ms. Lysyj lives in New York with her husband and two children. At Heineken, "I look forward to building on an already strong marketing foundation with new, innovative ideas that will resonate with loyal fans and attract new customers to Heineken USA's already iconic brands," she said in a statement.