Some retailers offered steep discounts last month, motivating shoppers to buy gifts and treat themselves. The companies that spread their discounts over the season did well, while those that used up their promotions during the weekend after Thanksgiving suffered, said Alison Paul, retail sector leader at Deloitte in Chicago. 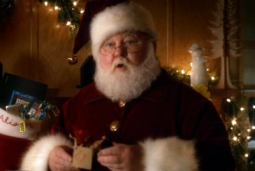 "The retailers who are still standing are the ones who did their homework several months ago and made decisions about promoting in waves," Ms. Paul said. "Getting promotions right is an art form."

The National Retail Federation last month raised its forecast for the holiday-shopping season after steeper discounts and earlier opening hours contributed to a record $52.4 billion in sales during the Thanksgiving weekend. The New York-based International Council of Shopping Centers yesterday followed suit, raising its forecast for December sales growth to as much as 4.5% from an earlier prediction of 4%.

NRF predicted retail sales would increase 3.8% to a record $469.1 billion in November and December, up from a previous projection for a 2.8% gain. The increase would be higher than the 10-year average of 2.6% growth but well below last year's 5.2% increase, according to the Washington-based NRF. Final sales for the season will be released Jan. 12.

Still, the increase in sales and traffic may not help retailers' fourth-quarter profit much since discounts were so liberally used to attract customers, said Marshal Cohen, lead industry analyst at Port Washington, New York-based NPD Group.

"A good sales month in December doesn't mean a good profit month," Mr. Cohen said. "Many retailers got caught up in offering deals and didn't plan for later. They're going to take a hit on profit."

Consumer spending, which accounts for about 70% of the economy, grew at a 2.3% annual rate in the third quarter, the fastest pace of 2011, the Commerce Department said in November. And unemployment is at its lowest rate in more than two years, while falling gasoline prices boosted consumer confidence to an eight-month high in December.