Plus, it's tough to make rent, and more companies are deleting Zoom
READ THIS NEXT
Walmart pulls guns off shelves as precaution ahead of election 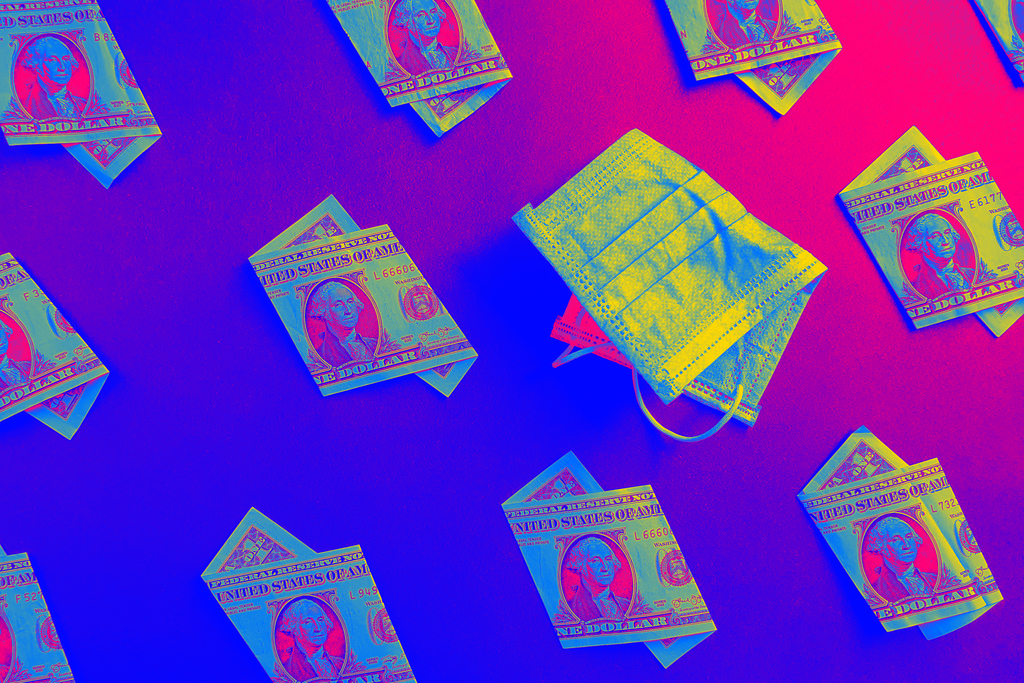 Bill Koenigsberg, CEO and founder of Horizon Media, sees a long and slow economic recovery ahead. “The year is over. It’s a write-off,” he told Ad Age’s Jeanine Poggi during a livestreamed interview on Wednesday afternoon.

Koenigsberg predicted the third quarter of this year might be as bad as the second. “I actually think it’s going to get turned back on with a dimmer,” he said, likening the economy to a light switch. He predicted an eventual surge in marketing spend, “but for certain categories, it’s going to come back slower. I don’t think it’s going to be turned on overnight like it was turned off.”

Koenigsberg was also blunt in his assessment of networks hoping to hold virtual upfronts in an environment where clients aren’t sure whether they’ll be in business a few months from now. “It is insane for the seller community—or for that matter any of my competitors—to believe that it makes sense to go through the normal upfront process,” he told Poggi.

How we gonna pay

Apartment rent payments in the U.S. dropped significantly in the first week of April. More than a third of renters did not pay any part of their rent by the 5th of the month, up from 18 percent over the same time last year, according to the Wall Street Journal.

Many of those renters will likely pay later, but the dip reflects the massive number of newly unemployed people in the country. Calls for rent strikes might have influenced some renters to withhold payments, but failure to pay could result in evictions for many people who are not covered by one of an assortment of local or federal statutes designed to prevent an increase in homelessness during an emergency situation.

Only about a third of apartment buildings nationwide are eligible to temporarily defer their mortgage payments under the new stimulus package and, as fewer people can afford to pay each month, the rental market could see a domino effect, resulting in defaults on commercial mortgages.

Vermont Senator Bernie Sanders suspended his presidential campaign on Wednesday, leaving former Vice President Joe Biden the presumptive Democratic nominee who will face President Donald Trump in the November general election. Sanders’ campaign had spent more than $76 million on ads since he announced his candidacy in February, 2019. That’s a far cry from the more than half a billion dollars former candidate Michael Bloomberg spent in the three-and-a-half months he was running.

In his announcement yesterday, Sanders noted that his campaign has pulled the rhetoric of the race to the left. Proposals like universal health care and debt relief have taken on new luster in the face of a global pandemic and recession. “It was not long ago that people considered these ideas radical and fringe," Sanders said. "Today they are mainstream ideas, and many of them are already being implemented in cities and states across the country."

In an email to supporters, Biden echoed that sentiment, in what is just the beginning of Democrats’ efforts to unite the party behind their nominee. “Bernie gets a lot of credit for his passionate advocacy for the issues he cares about,” Biden wrote. “But he doesn’t get enough credit for being a voice that forces us all to take a hard look in the mirror and ask if we’ve done enough.”

Google has banned employees from using videoconferencing platform Zoom on work devices amid privacy concerns. “Recently, our security team informed employees using Zoom Desktop Client that it will no longer run on corporate computers as it does not meet our security standards for apps used by our employees,” a Google spokesperson told Buzzfeed News.

School districts around the country, including New York City, have also banned the app, after usage soared due to social distancing, and Zoom made its paid version free for schools to use. The governments of Taiwan and Germany banned Zoom earlier in the week, as well.

Google’s move might also pay dividends for the company. Its Meet video chat app has been adding 2 million users per day during the pandemic.

One company that hasn’t stopped using Zoom is Domino’s. The world’s largest pizza chain is on a hiring spree, with 10,000 open positions, and a new campaign aimed at newly unemployed people now looking for work. “The hiring spot was inspired in part by the outreach Domino’s franchisees were doing on their own, suggesting people who suddenly found themselves unemployed or underemployed consider applying for jobs at the pizza chain,” writes Ad Age’s Jessica Wohl. The spot itself was recorded with Zoom, and the familiar Gallery and Speaker views are prominently displayed.

Another “Peace of Mind” spot focuses on contactless delivery and “mentions that while the pizza is handcrafted, it is cooked in a 450-degree oven and isn’t touched again,” Wohl writes.

Guess who? Most agency and brand folks are working from home these days, and everyone has a slightly different setup. But can you tell whose is whose? Play Ad Age’s home office quiz and match the executive to the indoor environs. Which CEO works out of the bedroom? Who has a stuffed Pikachu on the window sill? There's only one way to find out.

Hard to find good help: Julia Louis-Dreyfus proves once again that she’s one of the best comedians working, with a “Stay Home” PSA that’s “a much-welcome bit of humor at a time when we’re now being bombarded with plenty of earnest, heartfelt and even head-scratching fare,” writes Ad Age’s Ann-Christine Diaz. Without her glam team, Louis-Dreyfus is forced to do her makeup herself, with less-than-professional results.

Pet panic: Bad news, animals lovers. The World Health Organization is investigating several instances where animals, including pet dogs and cats, appear to have contracted the novel coronavirus, likely from humans. A tiger at the Bronx zoo is also confirmed to be infected, most likely by a zookeeper. But so far, animals seem to cope better with the virus than do people.

In memoriam: Linda Tripp has died at age 70. She had recently been diagnosed with cancer, according to NBC News. During the Clinton administration, Tripp turned over recordings of her conversations with Monica Lewinsky to independent prosecutor Kenneth Starr, playing an integral role in Clinton’s subsequent impeachment. Hours before Tripp’s death became public, Lewinsky was magnanimous on Twitter, writing, “no matter the past, upon hearing that Linda Tripp is very seriously ill, i hope for her recovery. i can’t imagine how difficult this is for her family.”

That does it for today’s Wake-Up Call, thanks for reading and we hope you are all staying safe and well. For more industry news and insight, follow us on Twitter: @adage.