How McDonald’s got Marie Kondo’d. Plus, Netflix says ‘no’ to ads: Thursday Wake-Up Call | Ad Age
Skip to main content

How McDonald’s got Marie Kondo’d. Plus, Netflix says ‘no’ to ads: Thursday Wake-Up Call

Plus, news about FaceApp, Amazon, Mattel and more 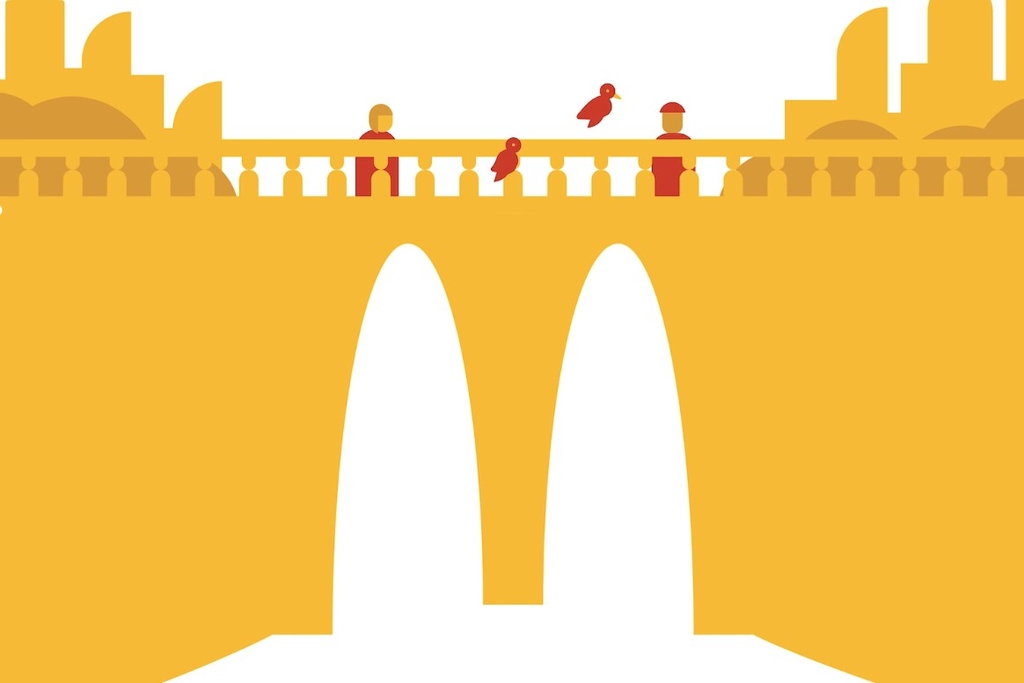 What people are talking about today
Celebrities from Gordon Ramsay to Kevin Hart to the Jonas Brothers have been playing around with FaceApp, which can digitally doctor your photos to show what you’ll look like when you’re older. Just for fun, Ad Age’s Ilyse Liffreing digitally aged some brand mascots and spokespeople: “The Old Spice Man looks like he’s been in the shower a little too long, and even Little Debbie is showing her laugh lines,” she writes. “Sadly, it does not work with cartoon faces that aren’t human (Sorry, Tony the Tiger!).” Here’s the gallery.

By the way: If you downloaded the app and are worrying about what it means for your privacy, The New York Times talked to experts who say fears about the Russian-made app are overblown, and who found that the app collected “little identifiable data beyond the photos users chose to alter.” The Verge says “there are probably a bunch of other apps on your phone doing the same thing.” Still, the Democratic National Committee is being cautious; as The Washington Post reports, it told campaign staff on presidential campaigns to “delete the app immediately.”

McDonald’s gets Marie Kondo’d
McDonald’s has 35,000 restaurants in 120 countries, and it’s been quietly overhauling its visual identity to unify it, freshen it up and make it more playful, Ann-Christine Diaz writes in Ad Age. The golden arches can now be used on their own, without the wordmark, and the brand’s sunshiny yellow is more prominent, because “too much red in the brand felt aggressive and shouty,” as one executive says. There’s also just one McDonald’s font now, Speedee. “It’s a bit Marie Kondo: ‘Does this spark joy? Is this a feel-good thing?'” says Sarah Moffat, global chief creative officer of Turner Duckworth, which worked on the makeover. “It if was, it stayed, if it didn’t, we got rid of it.”

‘This is false’
Netflix promises it will never, ever run ads. Because being ad-free is a “deep part of our brand proposition.” As Ad Age’s Garett Sloane writes, Netflix released earnings (with lower-than-expected global subscriber growth), and the company also wrote a note to shareholders trying to kill a widespread assumption that it would eventually start running ads:

“When you read speculation that we are moving into selling advertising, be confident that this is false. We believe we will have a more valuable business in the long term by staying out of competing for ad revenue and instead entirely focusing on competing for viewer satisfaction.”

One key number: Netflix actually lost U.S. subscriptions, quarter-to-quarter. “Paid memberships in the U.S. stalled at about 60 million in the second quarter, down 126,000 from the first quarter.“

Just briefly:
Antitrust: The EU’s Competition Commission has opened a probe into Amazon "to investigate whether the company is using sales data to gain an unfair advantage over smaller sellers on the Marketplace platform,” The Verge reports. Amazon says it will cooperate fully.

Dig it?: “Would you rather eat at a restaurant or a ‘shared belief'?” Ad Age’s Simon Dumenco asks. Farm-to-table restaurant brand Dig Inn is rebranding to become plain old Dig, because as its founder says, the chain “has become more than a restaurant. It’s a shared belief …”

Toy story: “Mattel has retained Publicis Media's Spark Foundry as its media agency of record in the U.S. following a global review that began in the first quarter of 2019,” Ad Age’s Lindsay Rittenhouse writes.

Been there: With user-data privacy regulations looming in the U.S., Ad Age’s George Slefo talked to the first company to get busted under the European Union’s strict GDPR regulations to ask for tips on what to do and what not to do. (Here’s one piece of advice: “Make sure you collect as little data as possible, or just what you need.”)

Web design: Everything you’ve always wanted to know about CSS Grid (but were afraid to ask), by George Slefo. Though the technology is three years old, “it’s only now is starting to reveal its promise,” he writes.

Quote of the day: Facebook Chief Marketing Officer Antonio Lucio was among the speakers at a Procter & Gamble conference in Cincinnati, and so was Endeavor Chief Marketing Officer and former Uber Chief Brand Officer Bozoma Saint John. “If you see Antonio, give him a hug,” Saint John said during a presentation. “I would have appreciated a hug when I was at Uber,” which during her year there was “taking the brunt of all of the ills of Silicon Valley.” Read Jack Neff’s coverage of the conference in Ad Age.

Podcast of the day: Highsnobiety, once a sneaker blog, is now collaborating with Prada and dropping product of its own. Listen to the conversation between Highsnobiety CEO David Fischer and Ad Age Editor Brian Braiker on this week’s “Ad Lib” podcast. Subscribe here on iTunes and here on Spotify.

Emoji of the day: Wednesday was World Emoji Day, and Ford announced that it has designed a much-needed pickup truck emoji. And as The Atlantic notes, it looks like a Ford truck, of course.

Stunt of the day: World Emoji Day, funnily enough, coincided with National Hot Dog Day. And Oscar Mayer announced that it’s putting its Wienermobile on Airbnb. It will be available in Chicago for three nights starting Aug. 1 for $136 per night. And there will be hot dogs in the mini-fridge, of course. Read more in the Ad Age Marketer’s Brief.