Among locations slated for closure are stores in Chicago, Las Vegas and Seattle
READ THIS NEXT
Marketers and agencies react to Derek Chauvin guilty verdict: Wednesday Wake-Up Call 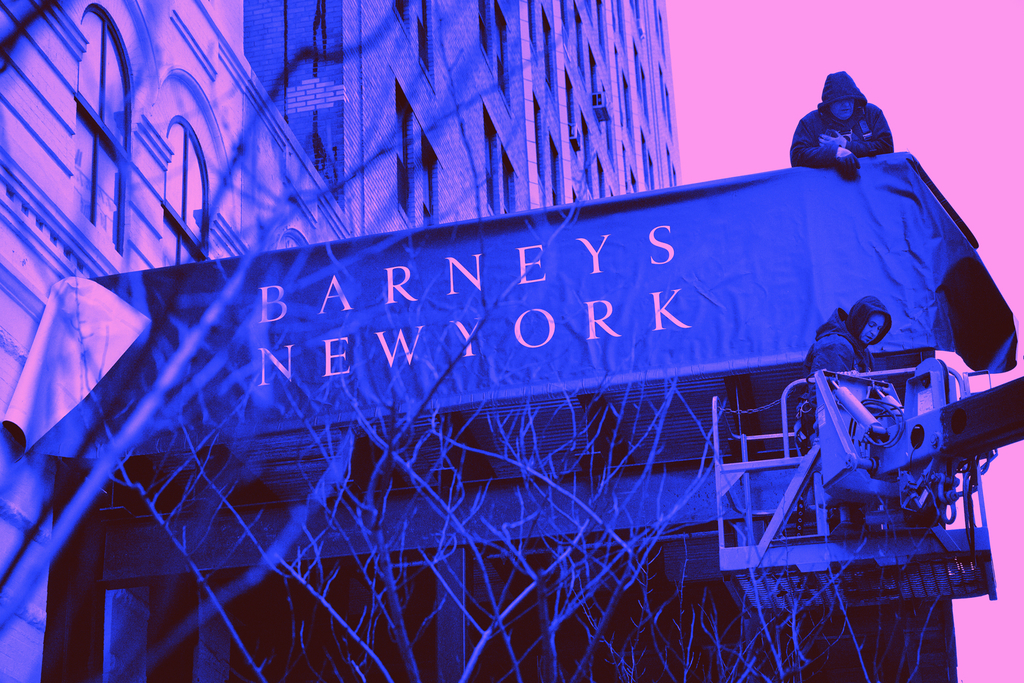 Barneys New York has filed for bankruptcy protection from creditors and laid out plans to shutter most of its stores after getting squeezed by rising rents and fewer visitors to its luxury fashion boutiques.

The Chapter 11 filing in New York allows the department store chain to stay open while it seeks to sell a slimmed-down business and negotiate with its landlords.

The company, owned by billionaire investor Richard Perry, said it has secured $75 million in new capital from affiliates of Hilco Global and Gordon Brothers Group to help meet its financial commitments. It currently employs 2,300 people, according to court papers.

“Like many in our industry, Barneys New York’s financial position has been dramatically impacted by the challenging retail environment and rent structures that are excessively high relative to market demand,” Chief Executive Officer Daniella Vitale said in a statement Tuesday.

The move had been telegraphed for several weeks as the retailer sought to avert bankruptcy by finding a partner or buyer. Barneys said its stores on Manhattan’s Madison Avenue and in downtown New York City will remain open, as well as flagship locations in Beverly Hills, San Francisco and Boston.

“Aside from the high price tags on goods, this department store faces the same challenges as any department store,” George Angelich, partner at restructuring law firm Arent Fox, said in an interview before the filing. As rents increase and consumers shift to buying online, “it becomes very challenging to maintain profitability,” said Angelich, who isn’t involved in the case.

Founded as a men’s retailer in 1923 in Manhattan, Barneys became the icon of high fashion and innovation for women and men in the 1970s. It went bankrupt once before in 1996, after a falling out with a Japanese partner.

Barneys sought to downsize its Madison Avenue store to reduce the annual rent, which tripled this year, Bloomberg previously reported. The retailer was working on a restructuring plan with advisers at M-III Partners and Houlihan Lokey, and lawyers at Kirkland & Ellis.

The chain listed $200 million of funded liabilities, with $800 million of revenue in 2018, according to papers filed in the U.S. Bankruptcy Court for the Southern District of New York. Barneys also says it has about $120 million of federal net operating losses that could be used to offset future taxable income.

Barneys is asking court permission to reject 15 store leases across the country, including deals with Brookfield Properties and Simon Property Group. That could save the the company $2.2 million per month in rent and related expenses, Chief Restructuring Officer Moshin Y. Meghji said in a court declaration.