Plus, NewsCorp sells Unruly, and why the Globes are still golden 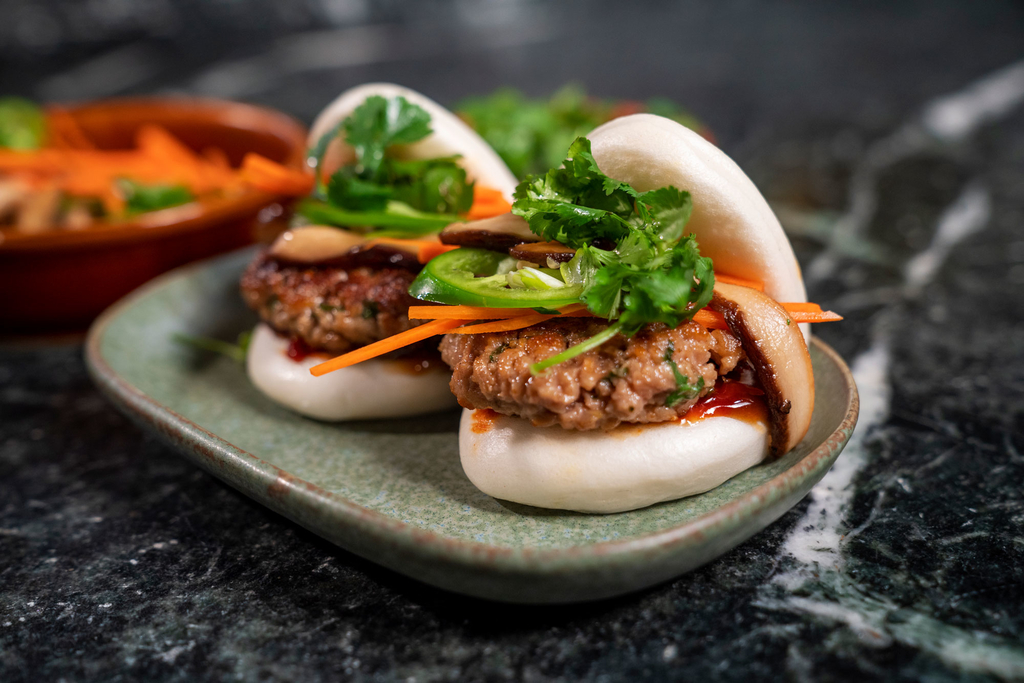 As Ad Age’s Jessica Wohl reports, the company revealed that the first product, the Impossible Sausage, will be available at 139 Burger King restaurants in five markets, as part of a sandwich-based dish called the Croissan'wich, which also contains egg and cheese. Impossible Sausage and Impossible Pork are made with ingredients including water, soy protein concentrate, coconut oil and sunflower oil.

As reported later by the Wall Street Journal, Burger King CMO Fernando Machado endorsed the Croissan'wich, which will retail for $3.49, on stage at CES, saying that it would potentially boost Burger King’s breakfast performance.

Also among the more buzzworthy products at CES so far: intelligent toilets. As Ad Age’s E.J. Schultz reports, the “Numi intelligent toilet” from Kohler comes with a heated seat and foot warmer, ambient lighting and Bluetooth music sync capability. That’s just one of the many products highlighted by Schultz as the show kicked off. To see more, check out the video here.

News Corp. sells Unruly
News Corp. has offloaded its its programmatic video advertising platform Unruly to Israeli company Tremor. The media giant once had high hopes for Unruly but, as Ad Age’s George P. Slefo reports, it’s selling it at a deep discount from what it paid in 2015. It was sold in exchange for a 6.9 percent stake in Tremor valued at roughly $20 million, whereas it was purchased for about $90 million cash, plus up to $86 million contingent on performance to drive more video views to its websites.

What went wrong? Well, in a nutshell, Google and Facebook, which, as Slefo writes, “continue to gobble up the majority of ad dollars from Madison Avenue, especially in the video arena.” So, what’s in it for Tremor? It gains the exclusive rights to sell outstream video on some 50 News Corp. properties while also gaining access to more than 2,000 publishers that already use Unruly’s platform. But, it must spend some $39 million over three years advertising on News Corp. websites as part of the deal.

Globes are still golden
The audience numbers are in for Sunday night’s Golden Globes and reveal that viewing was down slightly over last year. The NBC broadcast averaged 18.3 million viewers, down 2 percent. However, as Ad Age’s Anthony Crupi writes, the Globes are still a golden ticket for NBC. “It’s worth noting that NBC’s Globes coverage now stands as the season’s top-rated entertainment broadcast, far outstripping the 2.5 rating (3.25 million adults 18-49) Fox delivered on Sept. 25 with the premiere of the second season of “The Masked Singer.”

Football viewing prior to the show is also likely to have affected numbers, with the game between the Seahawks and Eagles concluding 21 minutes before host Ricky Gervais got the show underway in Los Angeles. Among the advertisers at the Globes were Amazon Prime Video, L’Oreal Paris, Discover Card, Verizon, McDonald’s, Pepsi and T-Mobile.

Meanwhile: Netflix might have lost out on awards at the Globes, but yesterday it was back in the spotlight after plugging new show “The Goop Lab,” based on Gwyneth Paltrow’s lifestyle platform, with a rather suggestive campaign on social media. As Ad Age’s Simon Dumenco writes, the look of the promo campaign is “Georgia O’Keeffe meets Looney Tunes” and provoked much comment on Twitter: Check it out here.

Just briefly:
Not milking it: Dairy company Borden has filed for bankruptcy, becoming the second major U.S. milk seller to do so in two months, reports Bloomberg News. Chief Financial Officer Jason Monaco said in court papers that: “While milk remains a household item in the United States, people are simply drinking less of it.”

Insta CEO: McDonald’s added an Instagram account for its CEO Chris Kempczinski on Monday, writes Ad Age’s Jessica Wohl.  The first post, a corporate photo of him, debuted the day after the Wall Street Journal ran a story about a shift away from a so-called party culture at the world’s largest restaurant chain.

Closing down: Furniture retailer Pier 1 Imports is set to close nearly half (450) of its stores, reports CNN. Its shares fell nearly 17 percent Monday. after Bloomberg reported the news of a potential bankruptcy.

Campaign of the Day: With 2020 likely to be dominated by political debate, dating site OKCupid, in its first global campaign from new agency Mekanism, is looking at the role politics can play in choosing a mate. As Ad Age’s I-Hsien Sherwood writes, outdoor ads running in New York City assure viewers that it’s okay to choose a date—or maybe even a partner for life—based on their progressive opinions about abortion, gender identity or activism. The campaign features messages like “It’s OK to choose to only date someone who’s pro-choice” and “It’s OK to choose Mr. Right based on how far left he leans.” Check out the ads here.