Purdue Pharma is preparing for an event that has recently become rare in pharmaceuticals—a big-budget blitz for of a potential blockbuster drug. 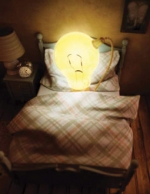 Intermezzo, which treats middle-of -the-night insomnia, hit pharmacy shelves April 5 and will receive a $100 million marketing outlay over 12 months. That's according to a recent 10-K from Transcept Pharmaceuticals, which has sold the marketing rights to Purdue, a company perhaps best known for painkiller OxyContin.

That's big news in an industry in which nine-figure ad campaigns, once the norm, are pretty much history. A combination of factors, including a dramatic economic downturn, drugs that have gone generic, and a parched pipeline that has resulted in fewer launches, means Big Pharma's ad spending is no longer big.

The president of one health-care-centric ad agency, who asked not to be identified, said, "You can't market what you don't have."

Pharmaceutical direct-to-consumer ad spending peaked in 2006, at $5.4 billion, according to Kantar Media. That was fueled in part by an outlay for what was arguably the last blockbuster launch—coincidentally, for another sleep aid. Sunovion Pharmaceuticals' Lunesta was introduced in April 2005 with $100 million in spending over eight months. The following year, it was supported with $320 million in measured spending.

"In general, there have been fewer and fewer launches at that ad-spend level," said health-care marketing consultant Mike Guarini, who has viewed pharma from both the client side (former marketing director at Bristol-Myers Squibb) and agency side (former president of Ogilvy Healthworld).

DTC spending has dropped every year from the high-water mark five years ago, to $4.34 billion last year.

Ironically, sleep aids is one of the few categories that haven't kept the industry awake at night. According to IMS Health, the insomnia-drug market grew to $2.1 billion last year from $1.8 billion in 2010. Sanofi-Aventis' Ambien and Ambien CR, along with Lunesta, have almost two-thirds of the market. Some 78 million new and refilled prescriptions were issued between October 2010 and September 2011, compared with 47 million in 2006. About 22 million people in the U.S. suffer from middle-of -the-night insomnia, according to Transcript.

Into that mix steps Intermezzo. Analysts at the financial website SeekingAlpha.com called Intermezzo "a blockbuster in the making." In an email, Purdue Group Executive Director of Marketing Mike Innaurato said the company will employ "traditional and e-marketing efforts" and will rely on its calling card—the differentiation between Intermezzo and Ambien and Lunesta.

"The marketing strategy behind Intermezzo is that it is the first and only prescription sleep aid approved for use as needed for the treatment of insomnia when a middle-of -the-night awakening is followed by difficulty returning to sleep, with at least four hours of sleep time remaining," Mr. Innaurato said in an email.

Privately held Purdue was reluctant to share more marketing information. Much can change between now and October, as Food and Drug Administration regulations prohibit companies from DTC advertising until a product has been on the market for six months. But Purdue did provide Ad Age a portion of the creative featuring Intermezzo's logo. Whereas Lunesta has a moth, Intermezzo's symbol is a lightbulb. A print ad shows the lightbulb off, sleeping comfortably in bed, followed by a picture of it ablaze with a distressed look on its "face." A third picture shows the lightbulb again snoozing snugly.

Seeking Alpha analyst Larry Smith said that he believes Intermezzo will be "a commercial success." Purdue Pharma is a "very successful company based on $2 billion of sales" of OxyContin, he said. "Purdue's skills make it the near-perfect partner and provide confidence that any negatives are surmountable."

Mr. Smith pointed out that because many doctors prescribing painkillers also prescribe insomnia medications, Purdue already has good relationships with many potential prescribers of Intermezzo.

It remains to be seen whether competitors will ramp up ad spending for Ambien and Lunesta. Sanofi-Aventis and Sunovion had not returned messages at press time.

"Ambien has not been spending, and I am sure that it is primarily due to the fact that the main brand lost its patent a while back so they probably don't respond to this," Mr. Guarini said. "Lunesta is in a different position. They have a history of spending heavily on DTC."

Lunesta is running an unbranded campaign, "Follow the wings," as well as a branded one, which isn't unusual for a product "that has the airwaves basically to [itself]," Mr. Guarini said. Intermezzo "will go with branded," he said, "so Lunesta might consider branded-only [advertising] at this point."