When Ron Johnson broke the news to Steve Jobs that he was leaving Apple to become CEO of JC Penney, his boss' first question was, "Are you serious?"

Mr. Johnson has received the same reaction countless times since that day last year in Mr. Jobs' living room. And the surprises didn't end with his decision to depart the world's hottest brand for a struggling department-store group. Greg Clark, JC Penney's senior VP-creative marketing, said he was "gobsmacked" when Mr. Johnson outlined his vision to the chain's senior executives in early August.

The vision -- seismic shifts cutting across all aspects of the company's pricing, promotion, presentation and products -- was unveiled during a presentation in Manhattan last week. Employees learned of the changes via live feeds to stores and JC Penney headquarters in Plano, Tex.

It's the most sweeping reinvention in the $2.5 trillion retail category in recent memory -- if not in history -- but Mr. Johnson isn't stopping there. Over the course of the next few years, he promises to shake things up further, putting departments back in department store, eventually remolding JC Penney's stores into locations with 100 unique shops. He also teased attendees with a brief discussion of a new JC Penney prototype that will be "heavily informed" by his corporate alma mater that will launch in 2014.

Consumer reaction will commence Feb. 1, when the changes will begin popping up in stores. But Wall Street has already signaled its approval of the plan, spurring a 17% rise in the retailer's stock and helping it hit a new 52-week high.

"We believe the JC Penney team has put together a unique and powerful strategy that could alter the industry long-term," said Charles Grom, an analyst with Deutsche Bank. "However, management's confidence in the near-term success of the transformation" was surprising, Mr. Grom said. He noted few immediate changes to actual brands and products, and added that the new pricing strategy might not appeal to some core customers.

JC Penney's creative and marketing teams have largely remained intact throughout the process, according to Mr. Clark. But the same can't be said for its agency partners. The retailer ended its relationship with Saatchi & Saatchi in December and added Peterson Milla Hooks and Mother to its roster. It continues to work with OMD and 360i . 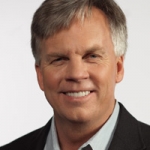 "We shifted our philosophy from an agency-of -record model to a model [where we'll] work with a collection of the most talented people we possibly can," Mr. Clark said. An agency summit that the company held several weeks ago hosted 80 people representing more than 30 agencies, he added.

Beginning Feb. 1, JC Penney will embrace "fair and square" pricing: -- everyday low prices, month-long specials and twice-monthly sales -- and flat pricing that eliminates 50- or 99-cent add-ons. The transparent model was inspired by the fact that only one in 500 JC Penney items sells at full price, while 72% of revenue comes from products sold at half off or more. Polarizing ads from Mother act as a teaser for the approach and feature the tagline, "Enough. Is. Enough."

"The customer knows the right price," Mr. Johnson said. "We can raise the price all we want. She's only going to pay the right price. She's an expert."

Instead of spending $2 million per promotion, Mr. Johnson said, the company will spend $80 million monthly on promoting products. It expects to save $300 million on advertising over the next four years.

"We've now gone to a much more brand-oriented message," said Mr. Clark. "Every month the message resonates with what's happening that month; then, secondarily, there are educational or informative messages about the new JC Penney."

Working with PMH, the retailer created a personality -- inspired by classic Saturday Evening Post images -- and color palette for each month that will be carried throughout marketing, in-store displays and even external lighting. "Anthemic work" will frame the month's big consumer events, such as Valentine's Day or July 4th. Images from those spots will carry through to a 96-page perfect-bound book mailed monthly, and featuring products and editorial content.

The new marketing plan was well-received, but even that approval could have pitfalls.

"No matter how successful the new book and other forms of advertising are, we do think there will be pushback in the current über-promotional environment as consumers adjust," said Michael Exstein, an analyst with Credit Suisse. In addition, he said "since improved marketing is a much quicker fix than the actual in-store experience, we think the company is at risk of overpromising the in-store experience, at least initially, with the new … advertising."

Competitors will be watching closely, but don't expect rivals such as Macy's or Kohl's to follow with dramatic changes anytime soon. JC Penney's reinvention will be time-consuming, costly and risky, and it's dealing with "very promotional peers whose cadence is not likely to change," Mr. Exstein said.

For example, several years ago Macy's sought to eliminate a fraction of its ubiquitous promotions. After consumer backlash, it returned to its tried-and-true schemes.