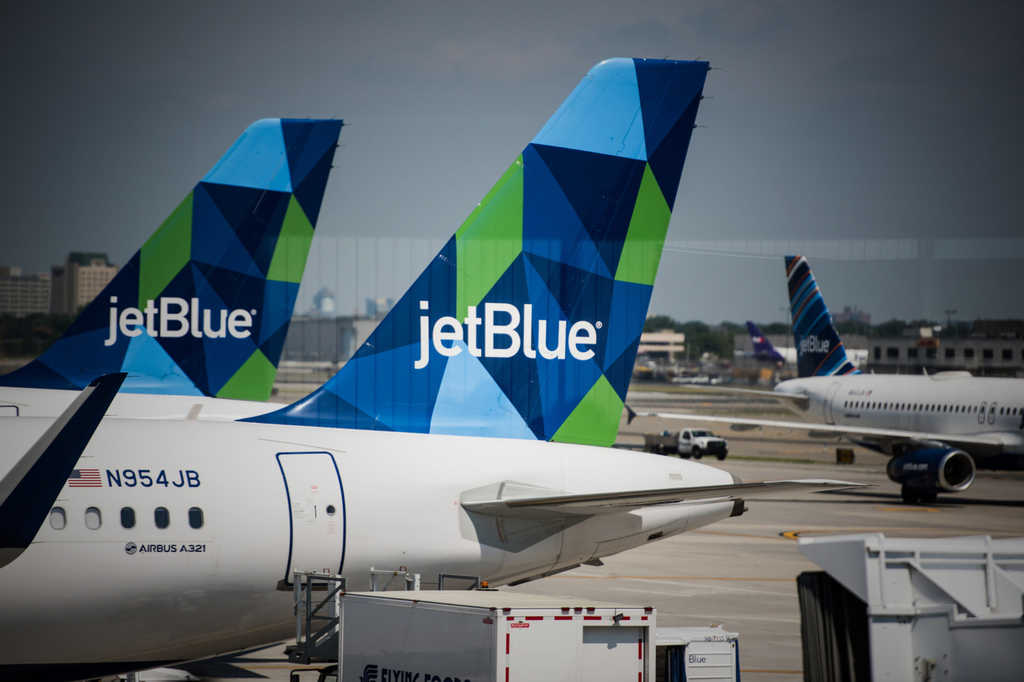 Pushing back ... JetBlue is aiming to become carbon neutral by July

JetBlue Airways Corp. said it will become the first large U.S. airline to offset emissions from all of its domestic flights, aiming to become carbon neutral by July as pressure grows on the industry from climate change activists.

JetBlue declined to disclose the cost of the offset program but said it won’t increase airfares as a result. The airline produces about 8 million metric tons of carbon-dioxide emissions each year and is working on a plan to compensate for international flights, said Sophia Mendelsohn, JetBlue’s head of sustainability.

The carrier is following EasyJet Plc, Europe’s second-largest discounter, which in November announced it would become the first airline to offset carbon emissions from its flights. As concerns about the industry’s role in climate change have mounted, the number of people taking domestic flights has dropped in Germany and Sweden, where teenage activist Greta Thunberg has spearheaded a campaign against air travel.

“This is part of a long-term commitment we and the industry have to have to reflect the climate reality we are in,” he said in an interview. “Aviation has a central and important role to play, and has to make sure it’s preparing for the new climate we are operating in.”

JetBlue will earn carbon credits by investing in projects that protect forests from destruction; develop solar and wind farms instead of coal, diesel or furnace oil to generate power; and capture landfill production of methane, which can be converted into a renewable energy source.

The airline said its investment is a cost of doing business, though notes that the expense of carbon offsets is likely to rise with demand. “By purchasing these now, we’re ostensibly locking in a hedge against rising CO2 prices,” said Mendelsohn, the sustainability chief. Other U.S. carriers purchase offsets on a more limited basis.

JetBlue is working with sustainability consultants EcoAct and South Pole, as well as Carbonfund.org Foundation, a nonprofit organization that’s funded carbon-reduction and tree-planting projects across more than 40 states and 20 countries.

“We have put an incredible amount of rigor behind making sure these are real, they’re legitimate, they’re auditable, they’re traceable,” Mendelsohn said. “We selected a carbon offset partner with a long-term reputation that’s survived the squalls of carbon offsetting ups and downs.”

While environmental advocates have praised corporate steps to reduce climate impact, they’ve also questioned whether buying offsets is enough and said that reducing emissions is more effective. If the airline industry were a country, it would rank among the top 10 emitters, according to the European Union.

JetBlue also will purchase renewable jet fuel from Finland’s Neste Oyj, mixing between 25 percent and 40 percent of the alternative with conventional fuel to power the airline’s 17 daily flights from San Francisco by midyear. The Neste MY fuel is produced from waste and residue raw materials and, according to the manufacturer, can reduce emissions by as much as 80 percent versus fossil-based jet fuel.

The carrier has invested in emission mitigation projects since 2008, offsetting 2.6 billion pounds of CO2 emissions. It also has switched baggage tractors and belt loaders at New York’s John F. Kennedy International Airport to electric power, a change it plans to extend to 40 percent of its owned fleet by 2025.