READ THIS NEXT
College football on the brink after Big Ten, Pac-12 scrap seasons 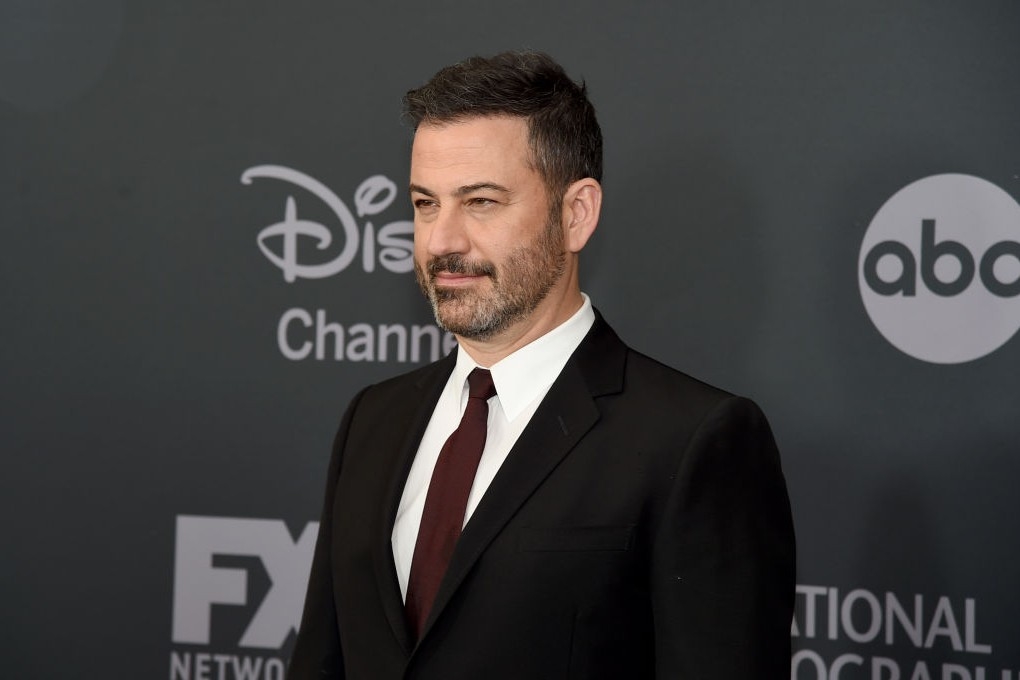 Jimmy Kimmel at the upfronts

What people are talking about today
What exactly is the point of TV upfronts week? Jimmy Kimmel just neatly summed it up: “This clusterf--- of networks we have assembled will do anything to get your dollars,” he told advertisers listening to ABC pitch its shows. Read Jeanine Poggi’s take on the Walt Disney presentation (including ABC), where Kimmel poked fun at the industry and didn’t spare his own network. Here’s his takeaway on a longstanding ABC hit: “Like the genital herpes it thrives on, ‘The Bachelor’ will never go away.”

It’s rainin’ ads
Google is about to inundate people with new types of mobile ads; is the tech giant looking for new ways to make money after reporting disappointing first-quarter ad revenue? Bloomberg News reports that Google wants to

“provide more ways for retailers to spend, and more ways for shoppers to buy. The company said Tuesday it will soon offer targeted ads for retail products on Gmail, Google Images, the YouTube mobile app and its voice-based digital assistant, among other services.”

What's going on here? By putting more focus on shopping, Google might want to lure ad dollars away from Amazon, which has a comparatively small but fast-growing digital ad business.

Still waiting
A year ago, Facebook announced a “clear history” function that would let people delete their user data off the platform. No, it’s still not here yet—expect it in “the coming months,” Facebook now says—but the company is warning advertisers to get ready for it, since it will affect ad targeting. Ad Age’s Garett Sloane writes that “some of Facebook’s most popular marketing technology like the Facebook Pixel and Custom Audiences could be rendered useless if a person erases their tracks.” This is going to complicate things for advertisers, but Facebook is trying to reassure them that, long-term, it’s the right move. It wrote in a blog post, “We believe that offering people greater transparency and control will ultimately have a positive, long-term effect on businesses using Facebook.” And on Facebook itself.

Just briefly:
The Mouse House: The Walt Disney Co. already owned most of Hulu; after striking a deal with Comcast, it gained full operational control over the streaming service. The deal is complicated, so read more from Bloomberg News.

Boycotts: Despite advertiser boycotts against Fox News hosts like Tucker Carlson and Laura Ingraham, "The boycotts themselves are not having a financial impact of any significance," Lachlan Murdoch, CEO of Fox News’ parent Fox Corp., told analysts. Read more from The Hollywood Reporter.

Huh: Jeff Goodby, co-founder of Goodby Silverstein & Partners, has a side business: tequila. Hear more about it in this week’s edition of the Ad Block podcast, hosted by Ad Age’s I-Hsien Sherwood and Alfred Maskeroni.

Goodbye: Comic actor Tim Conway of “The Carol Burnett Show” has died at age 85. Ad Age’s Judann Pollack compiled some of his best ads—like one where he struggled not to wolf down some Lay’s potato chips.

Creativity pick of the day: This summer, Hershey is stamping its chocolate bars with emoji. One of them, yes, is a poop emoji. “This is a design update Milton Hershey definitely didn't predict,” Ad Age’s Jessica Wohl writes. Check it out here.